What is Euthanasia Slide So what is Euthanasia? The word euthanasia originated from the Greek words eu (well or good) and thanatos (death). According to the World Medical Association the word euthanasia means deliberate and intentional action ending a life of another in attempt to hasten death and alleviate pain. Euthanasia comes in several different forms, each of which brings a set of wrongs and rights. Here shows the different forms of euthanasia. Passive Voluntary Euthanasia is when a medical treatment is withdrawn or withheld from a patient, at the patient’s request, in order to end the patient’s life an e.

g would be turning off a life support machine . Secondly, Active Voluntary Euthanasia is when medical interventions takes place at the patient’s request to end the patient’s life. An example of this would be injecting a lethal substances or dose into the patient to end his or her life, the person who is taking action is done with compassion and without personal profit.

Voluntary Assisted Dying (VAD) is a quick and peaceful death which results from a patient taking , or administering to themselves a fatal dose of a medication. It involves a medical practitioner making the lethal substance available to an eligible patient , which the patient then uses to end their life at a time and place of their choosing. The patient is in control at all stages of the process. Voluntary Assisted Dying and Voluntary Euthanasia are used interchangeably however they are defined differently. The difference is that in the case of Voluntary Assisted Dying, the lethal medication is self administered, whilst in the case of Voluntary Euthanasia, the medication is administered by someone else, usually a doctor giving a lethal injection. 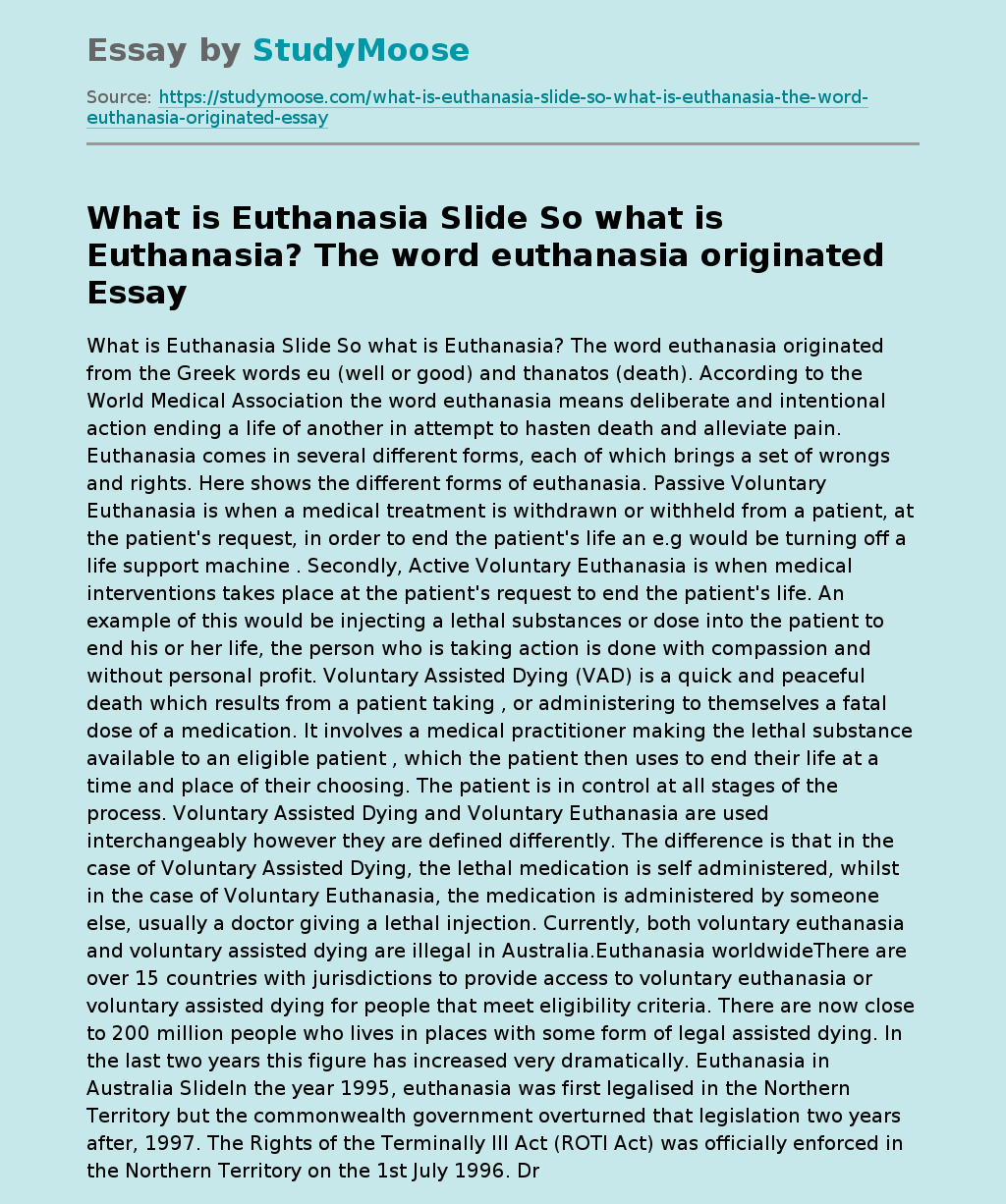