Walden and the Art of Zen

A discussion of the work “Walden” by Henry David Thoreau and his contribution to the philosophies of Zen.

If I were asked who my favourite Western Zen philosopher was, without any hesitation, I would declare it to be Henry David Thoreau. Although he knew in translation the religious writings of the Hindus, it may be unlikely that Henry David Thoreau ever studied the teachings of the Zen Masters. Even then, the insight within his own personal writings would irrefutably make him master of his own temple.

Don't use plagiarized sources. Get your custom essay on
“ Walden and the Art of Zen ”
Get custom paper
NEW! smart matching with writer

The wisdom found within Thoreau’s Walden can be clarified through Zen Buddhist beliefs and ideas as the two seem to typically compliment each other. Where, you might ask, does religion fit into the travelling adventures of Henry David Thoreau? Religion has been a part of the literary tradition from the very start. Some of the first books ever produced were handwritten copies of the Bible. Pamphlets, poems, odes, and epics throughout the centuries have continued to reflect religious content.

I have also read insightful essays about the hidden Christian Symbolism in A. A. Milne’s Winnie-the-Pooh. Well, why not the presence of Zen Buddhism within the teachings of Thoreau’s Walden? In accordance with the history of literature, one might say “Why not?”; in accordance with Walden’s content, I would say, “I couldn’t see it being any other way.” What is Zen Buddhism anyway? In the book Zen Buddhism, D.T. Suzuki says that “Zen in its essence is the art of seeing into the nature of one’s own being, and it points the way from bondage into freedom” (3).

Walden and the Art of Zen. (2020, Jun 02). Retrieved from https://studymoose.com/walden-and-the-art-of-zen-new-essay 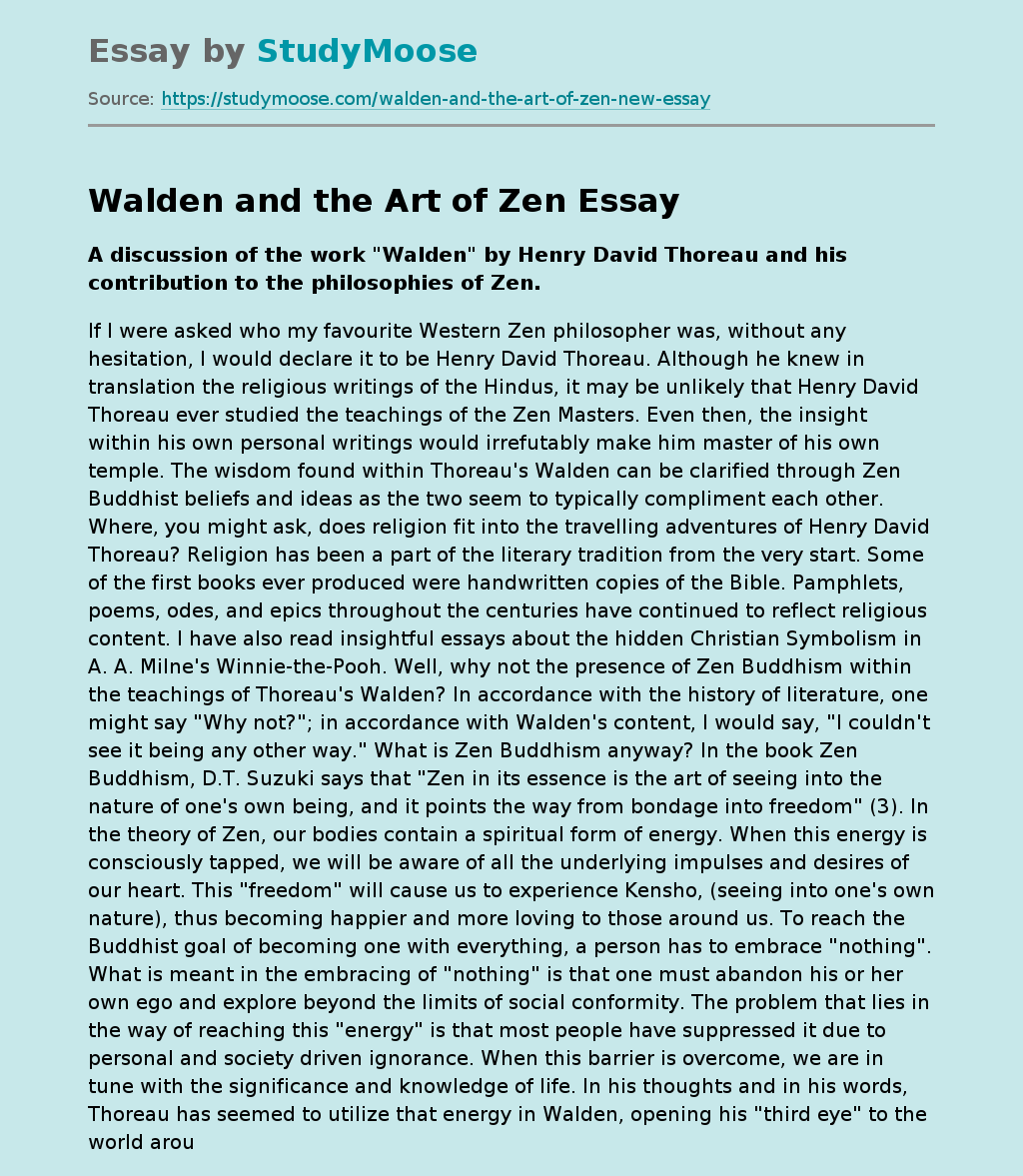