That means Internet for things is a big network of connected things and people all of that collect and share their data about the line they use and about the habitat around them. The fifth generation for things smarter than things in these days such as smart home also it is for different people who always make their working in the online world. Today, the world is rapidly racing towards the development of fifth-generation networks, the fifth generation of high-speed cellular networks, which will come together for 3G and 4G technology networks.

Experts show this is a time of novelty excitement. The fifth generation of wireless communication is almost here, it will be faster and will work better than some expect.

Proficient in: History Of Science And Technology

The companies of communications of technologies provide a possibility sending a message SMS that stands for Short Message Service through wireless of a cell phones change the data to digital signals.

According to Angela Stringfellow “4G up to 10 times faster than 3G” LTE servicing provide faster data speed to 10 times compared with the techniques of 3G technology.

5G technology comes as an improvement on the 4G technology which is used in most of the world. We are now coming to the next fifth generation, which will be built on the same bases as the G4 LTE, meaning that it will have the same advantages of making calls, texting and surfing the Internet as we have now. According to Tim Fisher,“5G is 20 times faster than 4G”meaning that it will become much faster in data transmission through the network.

Many users of 4G technology have become aware how 5G technology will work. The device, whether smartphone or other, connects to the cellular towers through radio waves that float in the air invisibly, and the data is numbered 1 and 0 that is a machine language 1 means on and 0 means off and then compress and send data across different ranges. To improve this technology, the fifth generation will work, as we mentioned, to increase the speed of connection and increase the bandwidth, which is the maximum rate of data transfer across a given path. According to Tech Wire Asia that is an independent tech news website that covers enterprise and technology in Asia, “Japan’s Nippon Telegraph and Telephone Corporation (NTT) seems to be on the brink of a breakthrough: the company has successfully trialed a 100 Gbps wireless transmission’. That means the speed will reach 100 GB per second and the bandwidth will be multiplied by a thousand times 5G technology will have a significant effect on our lives.

We will do same activities as before but they will be different because of the fifth generation 5G connections. According to Philipp Metzger who is director general of the Swiss Federal Office of Communications, “this will be an interconnected world, it will be a world where humans are communicating with each other but also with machines, where machines are communicating with each other and where we are using different layers of services through one network that ultimately `merges into one, and where people are not really aware of the connectivity anymore, they just are connected to whatever they use.” That means, the alarm clock starts in the early morning like every day but this time the alarm clock is the signal to turn on the water heater and start your morning activity.

Everything is connected to one another over the Internet. It’s true that some things will not change much but you will feel the difference when downloading a movie in two seconds without delay. The city you live in will not be as it is, but smarter with fifth-generation 5G connections where everything is more efficient, faster and more beautiful. In addition, when you leave home to practice your normal life, you will head for the car that will go out of its own accord from the garage to the road. You will feel more secure with the self-propelled vehicles because with the strength of the fifth generation 5G will know you that your vehicle communicates with other vehicles on the road to avoid collisions. The 5G network will work as a network that connects everything to our lives. 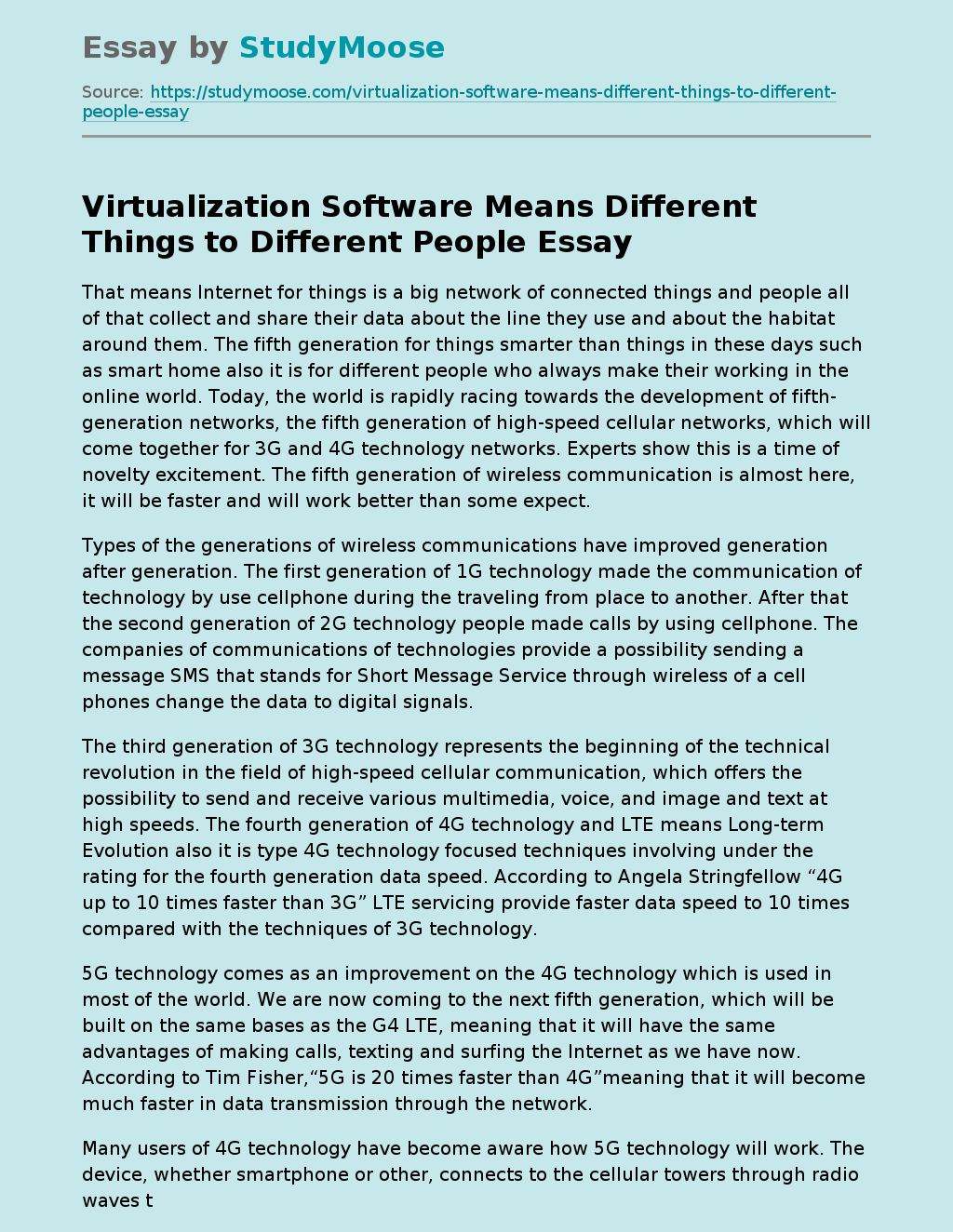