Victorian poetry is often characterized as one being a hybrid of the classical literature and the medieval literature of England. It was supposed to bridge the Romantic and Modernist eras of poetry (Bristow, 2000). Some poems often talk about the chivalry of the knights, as if they wanted the knight to regain the people of England’s high regard for them, but most of the works focus on more serious issues like prostitution, child labour and other social injustices. Thomas Hardy and Alfred Edward Housman, both Victorian poets, both chose to veer away from this style.

Don't use plagiarized sources. Get your custom essay on
“ Victorian poetry ”
Get custom paper
NEW! smart matching with writer

Hardy often exhibits his fascination for the supernatural in most of his poems. One best example of this is the poem “The Photograph. ” This poem suggests to the readers that there is a beast devouring into a woman. This is something that would entirely perturb the whole Victorian style as it usually converges on reality. As for Housman, he taunted the conservative nature of the Victorians through his works.

One example of this is his “More Poems. ” This one talks about his love for another man and blatantly proclaiming that he is a homosexual—even the queen was rumoured to be one herself—was reasonably disturbing for the Victorians.

With the way Conrad narrated “Heart of Darkness,” it would sound to the readers as if Marlow was actually on a physical journey. However, there are also some speculations that it was a way of saying that he went through a voyage of self-discovery. One way to support this claim is by taking note of the comments that he made all throughout the journey.

It was like he was philosophically challenging himself using the Socratic Method. At first, all he wanted was to do an expedition for the sole purpose of gaining knowledge as how European heroes, or as how he put it in the story, the ‘conquerors’ did (Conrad, 2005).

But when he actually got to the place, he was disappointed to find out that there is no quest for knowledge—just selfish pursuit for profit (Conrad, 2005). This could suggest that he came to a realization wherein he becomes conscious that the ideals imparted by his forerunners were not exceedingly as noble as he thought. One of the prevailing themes of poetry during the First World War is despair and pessimism. This is best exemplified in Thomas Hardy’s “The Darkling Thrush Summer.

” This poem talks so much about not having any hopes for survival, because most of the metaphors that he used were disheartening. For example, when the speaker mentioned something about the weakening eye of the day, he was simply talking about twilight. There could have been a lot of happier ways to poetically describe sunset or nightfall, but then again, Hardy chose to skew in despair and loneliness through “… The weakening eye of day. ” Aside from a theme of pessimism, most of the poems also express anti-war sentiments. This is evident in another one of Thomas Hardy’s poems, “Channel Firing.

” Both of Yeats’ poems, “The Second Coming” and “Leda and the Swan” were so much influenced by the First World War. This first one talks about how people during that time were too preoccupied in colonizing other lands that he feared it would be the end of what is known today as the Victorian era. “The Second Coming” is an allusion to most Catholics’ belief that Jesus will come again for the second time to “filter” the earth from its evils. If he was talking about an end in the first poem, he was definitely talking about a new beginning in the latter.

The speaker in “Leda and the Swan” refers to a Greek myth about a girl named Leda who was raped by the Greek God, Zeus. This could be a metaphor of the colonized lands wherein powerful countries lay claim to less powerful countries, thereby “raping” the occupied land for the sake of imperialism. As Leda was being raped by the swan, she cannot help but gain knowledge from the experience. This could also hold true for the colonized lands, they will surely expand their knowledge as they get exposed with people who have different fields of experience from them.

This is the beginning of the new knowledge that Yeats had intended to impart on his poem. The poem “The Love Song of J. Alfred Prufrock” is a poem by Eliot that talks about the quandaries of an overeducated man. What is now known as “geeks” share the same predicaments with the geeks of the olden times. They are usually emotionally unstable, have trouble socializing with the people around them, have trouble getting along or engaging in relationship with women, and they are, most of the time, neurotic. The second poem, “Ulysses,” has several parallelisms with the first poem.

It also talks about a man who cannot stay emotionally connected with his partner because he wanted to travel and gain more knowledge. This was how he lived his life before—he had known different people and different places and he had also engaged himself in different quests and exploits, one of which is the Trojan War. But all of it was reduced to mere reminiscences as he settled down with his wife. Just like Eliot’s Prufrock, Tennyson’s Ulysses also speaker feels that it is mentally frustrating for him to stay in one place. 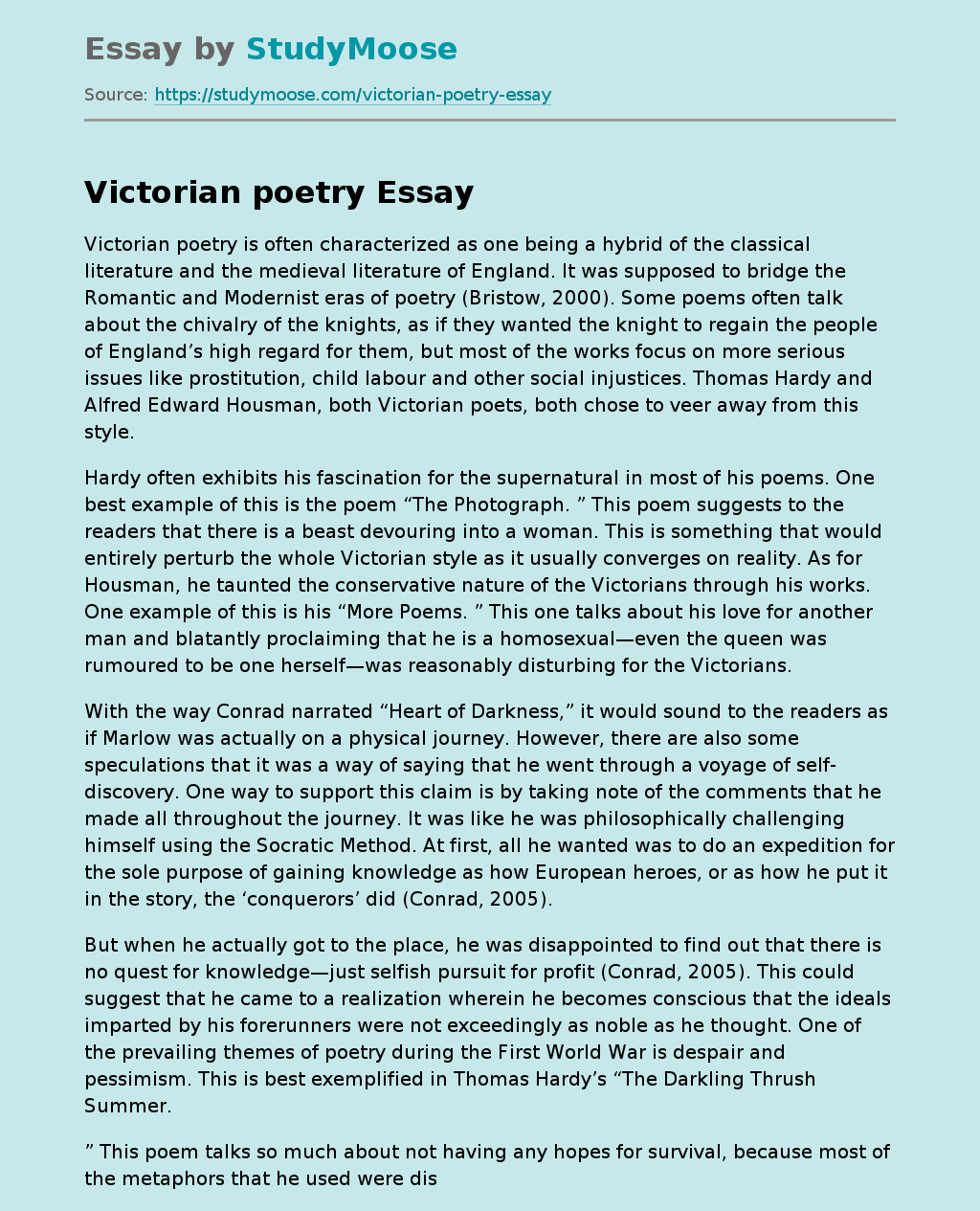