Considering the albedo of various surfaces, how might temperatures differ between urban and rural areas? Which setting tends to be warmer on a given day and why? Also, are there any factors other than albedo that might affect the temperature differences between the two settings? On any given day the urban areas are hotter than that of the rural areas. Urban areas tend to be warmer than surrounding rural areas due to urban heat islands Albedo is a major factor in increase of the urban temperature.

Don't use plagiarized sources. Get your custom essay on
“ Urban Heat Island in Rural And Urban Areas ”
Get custom paper
NEW! smart matching with writer

Concrete, which is used as construction material extensively all around the world, has many benefits. Concrete has an albedo value ranging from 0. 1 to 0. 35. These values are higher than those of some other materials, and it is also lighter in colour. Factors that cause a higher temperature in urban areas: – more buildings running furnaces or air conditioners which emit heat – more areas paved with dark-coloured asphalt – more dark-coloured flat roofs – denser traffic with internal combustion engines – less reflective snow cover in winter time Other causes of a UHI are due to geometric effects.

The tall buildings within many urban areas provide multiple surfaces for the reflection and absorption of sunlight, increasing the efficiency with which urban areas are heated. This is called the “urban canyon effect”. Another effect of buildings is the blocking of wind, which also inhibits cooling by convection. Waste heat from automobiles, air conditioning, industry, and other sources also contributes to the UHI. High levels of pollution in urban areas can also increase the UHI, as many forms of pollution change the radiative properties of the atmosphere. 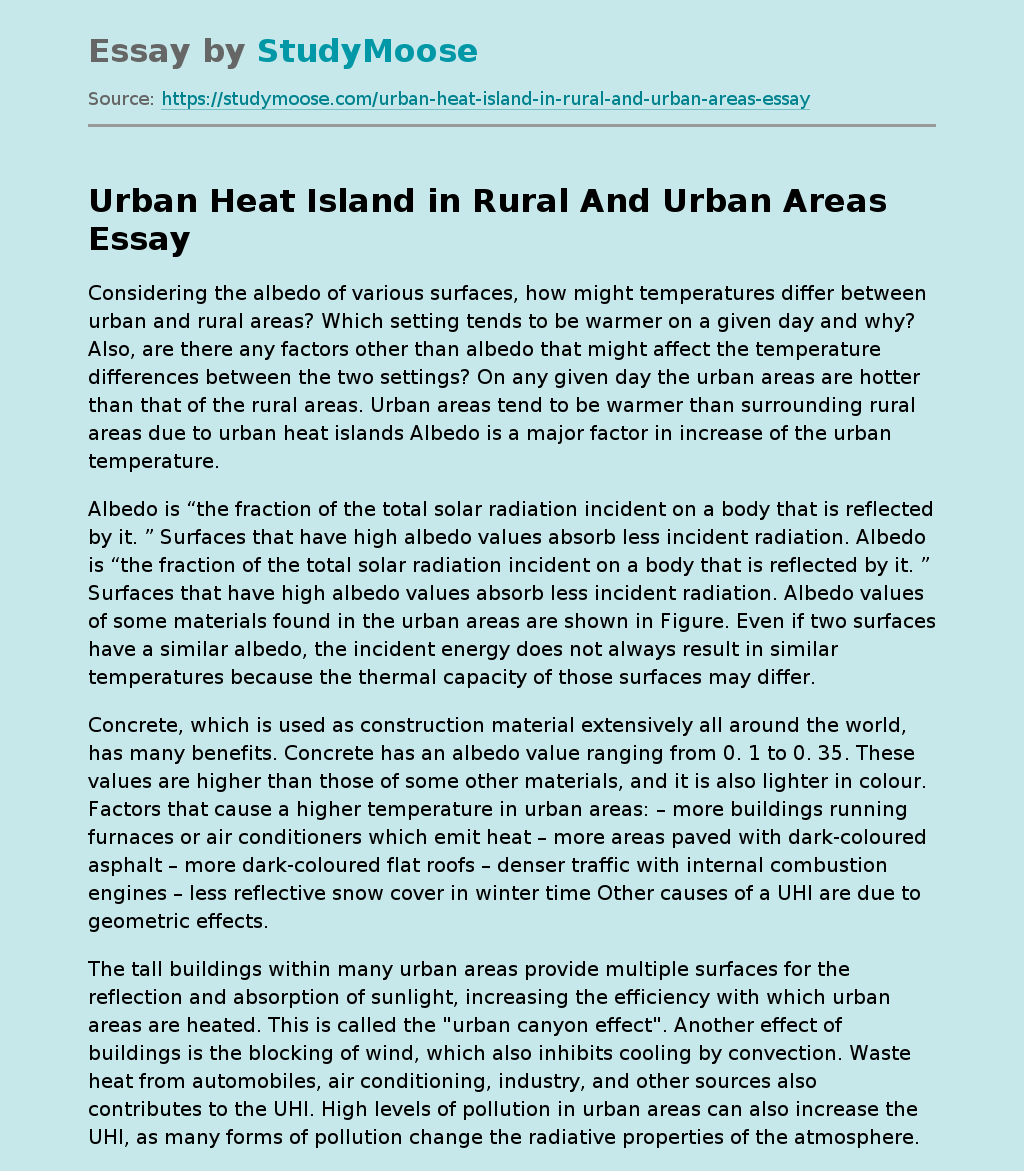