The gang has made several attempts to legitimize their image. Some members dropped the “B” and started to call themselves GDs or Gangster Disciples. In the 1990s the Gangster Disciples participated in politics in the Chicago tradition of Black Panthers, Black Stone Rangers, Latin Kings, Vice Lords, Black Disciples and Young Lords through the formation of the “Growth and Development” motion.

Beyond Chicago some gangs will still go by the old name of BGD. [2]
Gangster Disciples have been recorded in the U.S. military, found in both U.S. and overseas bases. [3] Graffiti attribute of the Gangster Disciples has been reportedly seen in U.S. military bases in Iraq and Afghanistan. They’ve branched out to other states and cities such as NC, TX, Florida, and New York.

Six pointed star
The major symbol Growth and Development make use of is the six-pointed Star of David (✡). The symbol pays homage to founder David Barksdale,and the six points are said to represent love, life, loyalty, understanding, knowledge, and wisdom (respect). 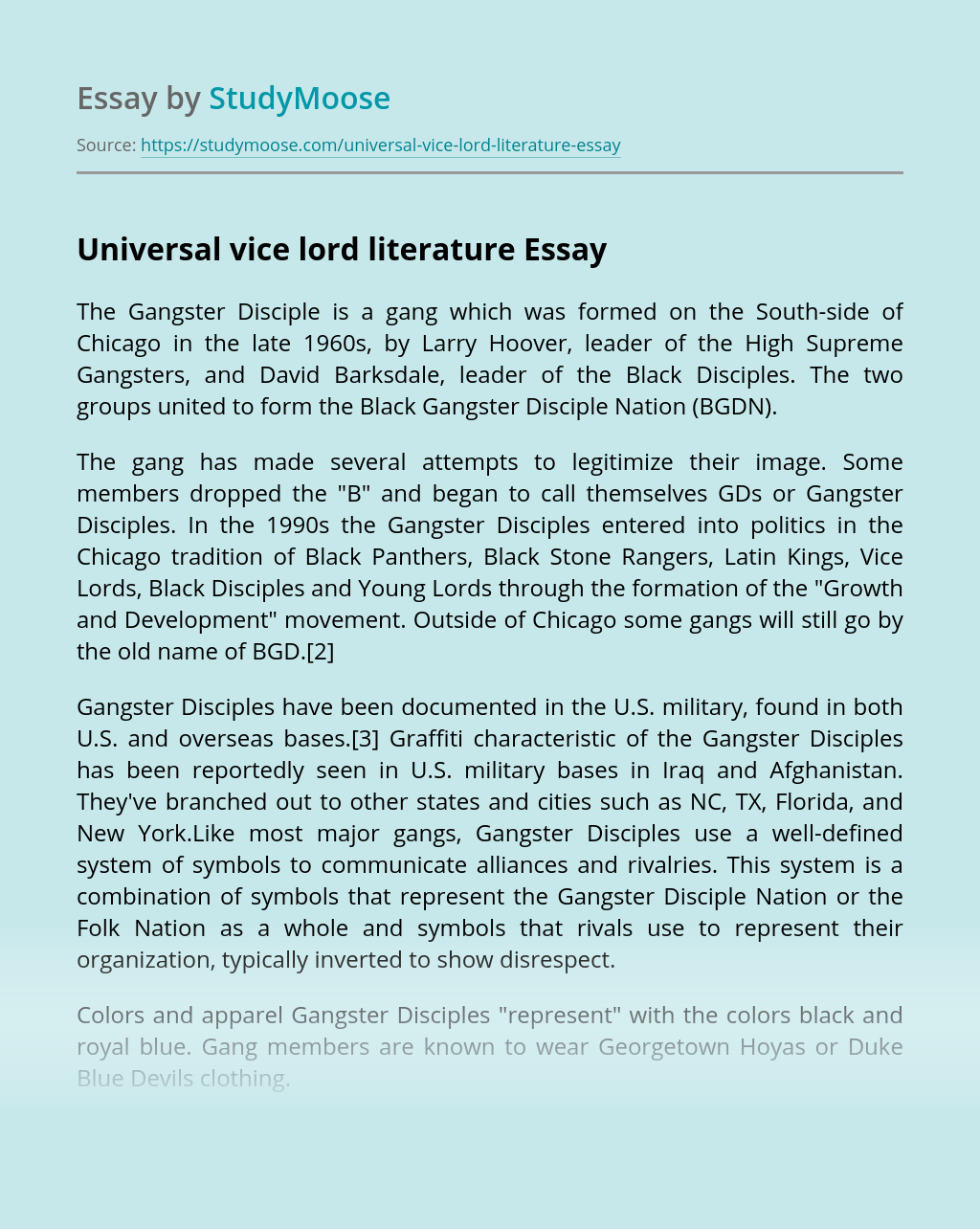