1) Broadly trace the major phases of pre-Columbian Native American history as charted by archaeologists and anthropologists. 2) Contrast the views of Europeans of the fifteenth and sixteenth centuries with those of Native Americans and Africans they encountered on such topics as the environment, social relations, religious beliefs, and slavery. Which group do you consider “savage/ “heathen/ or “barbarian”? Explain. 3) What factors contributed to the rise of modern Europe and an age of expansionism from 1000 to 1600 C. E.?

Contrast the political and economic changes in England with those of her European counterparts during this time.

Don't use plagiarized sources. Get your custom essay on
“ United States and North America ”
Get custom paper
NEW! smart matching with writer

_ ESSAYS p 2o-‘2–? 4) Within a single generation of Columbus’s death, Spanish conquistadores explored, claimed, and conquered a vast American empire. How was this possible? 5) The “Columbian Exchange” introduced new plants, animals and microbes to people on both sides of the Atlantic. Assess the positive and negative consequences of that exchange. In your opinion, who benefitted most, those living on the western side of the Atlantic or those on the eastern side?

“Spanish conquest of major areas of the Americas set in motion two of the most far-reaching processes in modern history.

One involved microbes, the other precious metals. ” Explain. Consider the experiences of the typical African slave. Where did the person come from? Where would he or she be most likely to go? What happened between the moments of capture and arrival in the western Atlantic? 8) Analyze the backgrounds, ideologies, goals, and modes of settlement among European immigrants to North America that produced distinctly different societies along the Atlanticseaboard in the seventeenth century.

9) Explain the pragmatic as well as the psychological reasons that led white American colonists of the seventeenth century to transform the black servant from a human being to a piece of chattel property. 10) What aspects of Puritan beliefs do you see in contemporary American culture? Are these remnants of Puritanism “good” or “bad” for American society? 11) Did European colonists “settle” North America or “invade” it? Analyzethe areas of, and reasons for, both successful and failed relations between the colonists and the Native Americans.

What impacts did religion and family have upon slave resistance? 15) How did population growth, economic colonial cities during the eighteenth century? and new ways of thinking affect life in American 16) Analyze the causes and consequences of the Great Awakening. Was the Great Awakening a “conservative” or a “liberal” movement? 17) Discuss the causes and important developments of the Seven Years’ War in North America. Analyze the consequences of the war for the various “winners” and “losers.

” 18) Discuss the proposed program of George Grenville in 1764-1765 to raise revenue to reduce England’s debts. How and why did the Stamp Act politicize American colonists as never before? 19) The Tea Act was passed in 1773 by Parliament to save the British East India Company from bankruptcy. How and why did it precipitate the final plunge into revolution for the American colonies? 20) What made republicanism a revolutionary ideology in the eighteenth century? What criticisms did revolutionary Americans level against the British monarchy? 2. 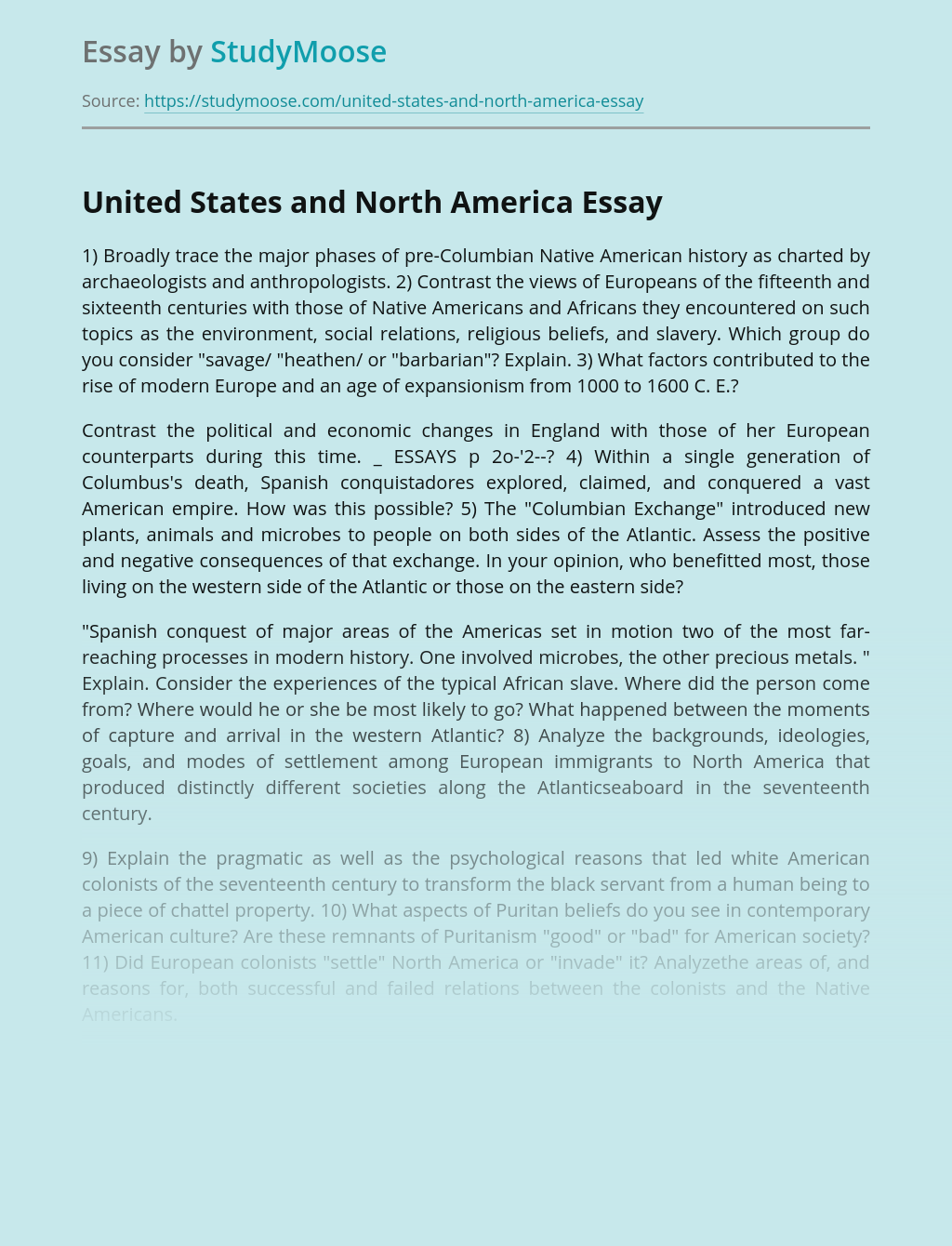