1. What did Arthur Andersen contribute to the Enron Disaster?

Arthur Andersen contributed a lot to the Enron Disaster. Arthur Andersen approved the structure of man Special Purpose Entities (SPE) that were used to generate false profits, hide losses, and to keep financing off Enron’s consolidated financial statements. Also, AA failed to abide by the Generally Accepted Accounting Principle (GAAP). In addition, AA did not advise Enron’s audit committee that their CFO and his colleagues were involved in significant conflict if interest situations.

Don't use plagiarized sources. Get your custom essay on
“ Unethical Practices of Arthur Andersen ”
Get custom paper
NEW! smart matching with writer

They did not advise Enron’s Audit Committee about the inadequacy of their policies and internal controls. Also, many of the transactions between Enron and the SPEs were not in the interest of the Enron shareholders. As well as, AA didn’t consider the advice of it quality control partner. Also, Arthur Andersen did not find significant audit evidence and/or didn’t act upon the evidence found that related to several violations.

3. What was the prime motivation behind the decisions of Arthur Andersen’s audit partners on the Enron, WorldCom, Waste Management, and Sunbeam audits: the public interest or something else? Cite examples that reveal this motivation.

Honestly, I believe the prime motivation behind the decisions of Arthur Andersen’s audit partners wasn’t the public interest but revenue generations. Everything was about profit and retaining a profitable client. For example, Arthur Andersen’s personnel believed that there was no risk of default and that over time, accounting problems, could be worked out. Also, AA use of SPEs to make false profits and to hide losses is proof that they did what it took to get paid and make the client happy. 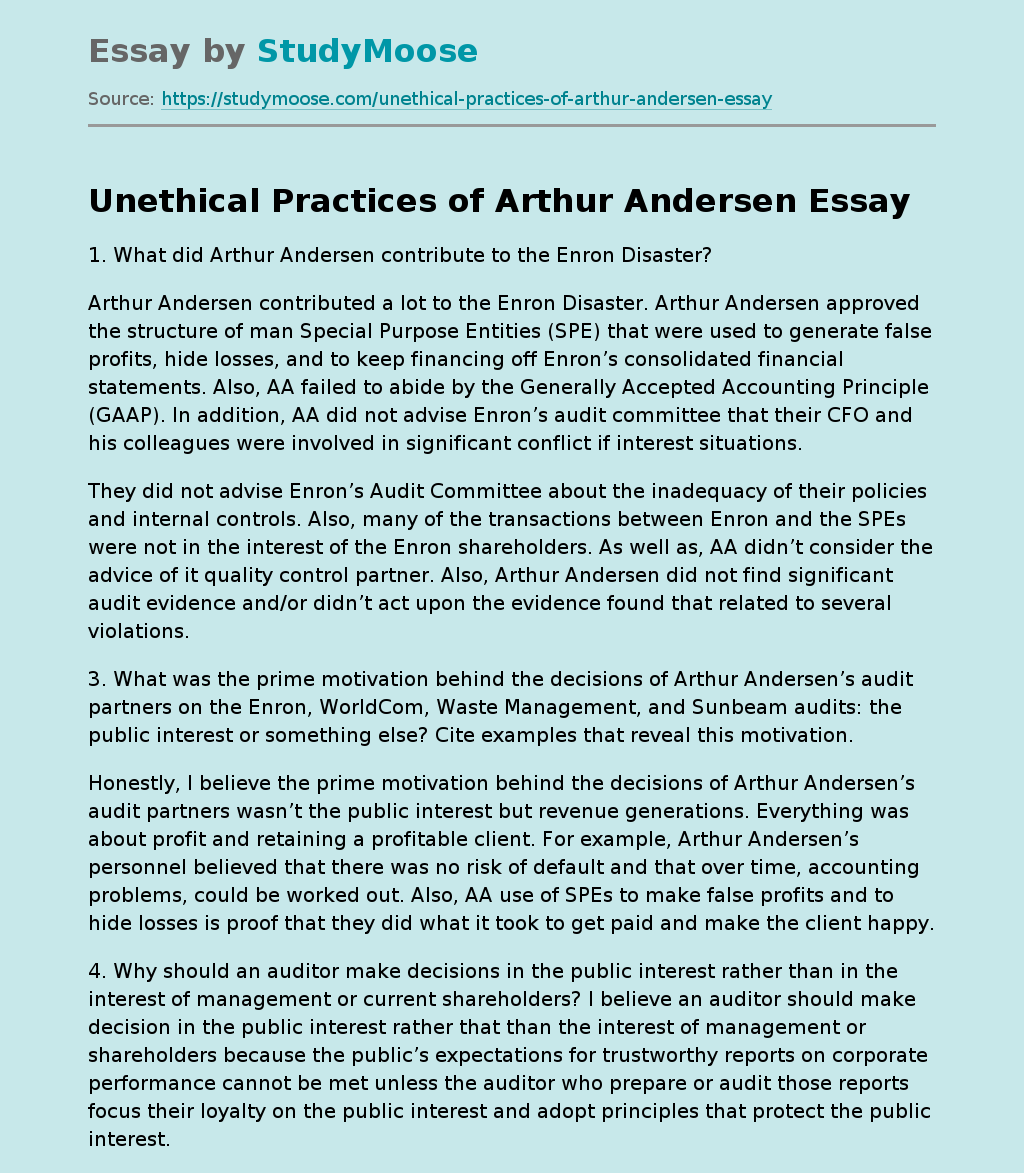