First of all, alcohol causes many problems for society nowadays. Alcohol has been used throughout history for various reasons.

Don't use plagiarized sources.
Get Your Custom Essay on Underage Drinking Just from $13,9/Page

According to the medical Encyclopedia, alcoholism is an illness marked by drinking alcoholic beverages to excess. As long as alcohol consumption is not at a level that interferes with physical health, it is not a problem. There are two types of alcoholism: dependence and abuse; however, both of them could cause many problems in society. Alcoholism has a large effect in youth; there are more than 10.4 million young people between ages 12 and 20 who suffer from it.

Second, the difference between social drinking and alcohol has changed a lot over time. Now alcohol abuse has become teenagers’ focus. In addition, they don’t have control over how much they drink. They might want to attend social events that only involve alcohol, or they can’t enjoy themselves. Going to a bar or making a drink after coming home from work becomes more important than connecting with friends or family. These days, alcohol might be the way to avoid painful feelings or troubled relationships. As a result, teenagers might resort to dangerous behavior, like driving while drunk, or they may even exhibit violent behavior.

Third, there are more accidents and deaths as a result of underage alcohol consumption. When people ask teenagers how easy it is to get alcohol, they mostly say it is very easy. As alcohol is easier to obtain, it produces more problems. Around 4,300 deaths are caused by teenagers who drink alcohol because they are more likely to have car accidents or fights. For example, according to the daily mail online, ”Joseph Salah, 19, lost control of his car while he was driving drunk, crashing and killing David Powel, 20 years old, instantly and injuring two other passengers.” Imagine a teen driving drunk without thinking about consequences, or messing around with someone who cannot control his or her behavior; it often results in a catastrophe.

Finally, we disagree with underage alcohol consumption. Nevertheless, this issue causes a lot of arguments around the world. Society is affected by alcohol, but governments still allow it to be sold while banning other drugs. Alcohol companies produce millions of dollars annually in revenues and taxes; that’s why governments won’t do more to prevent underage alcohol consumption. 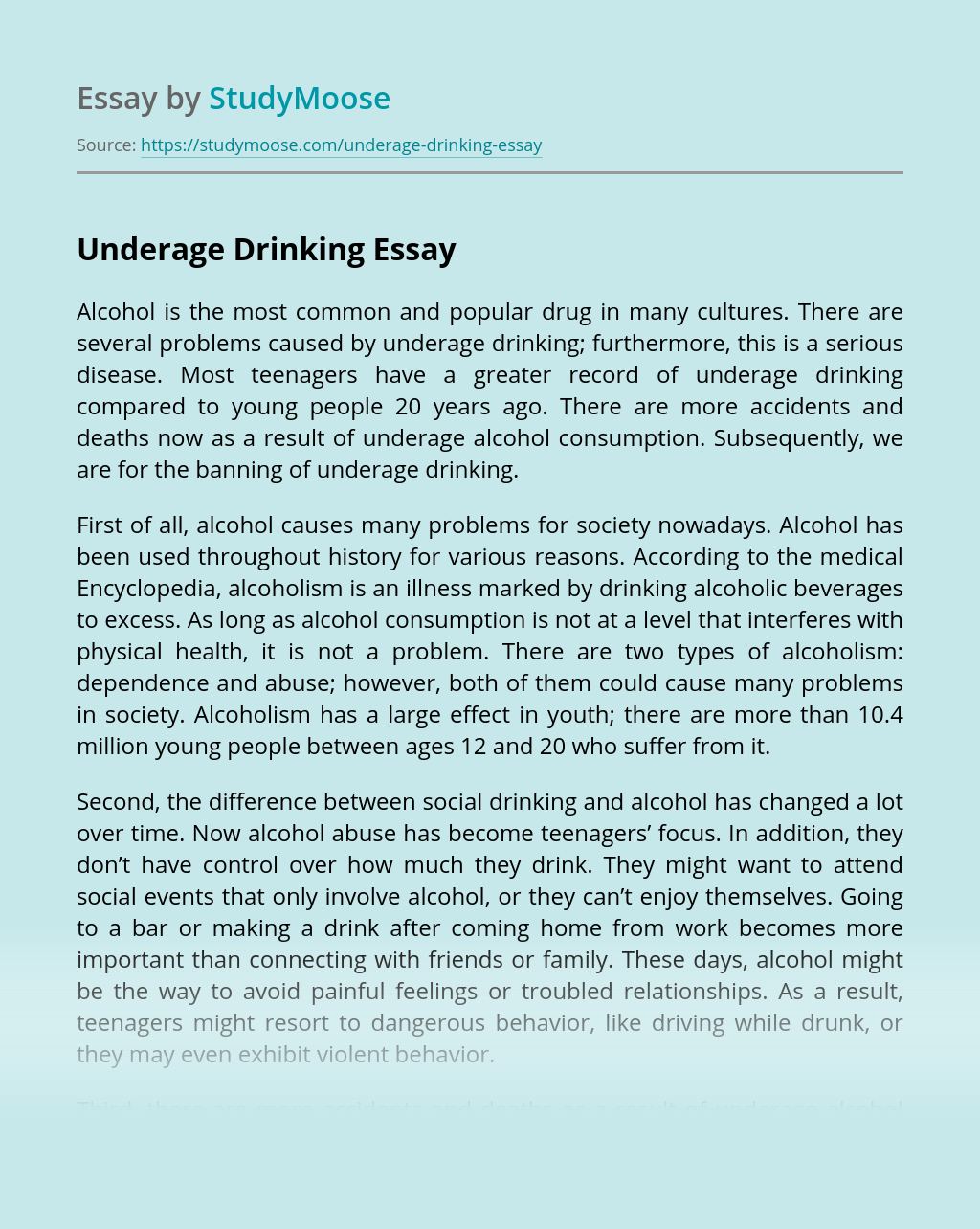 Rate this post Due to Crescent being Portland Drake Beverages’ (PDB) first entry into the U.S. sport/energy beverage market, there are some issues that PDB should consider with regard to Crescent’s impending launch. These issues consist of determining what customers want, being discussion-worthy and being transparent. Before launching Crescent it is essential to make sure...

Rate this post Alcohol can be very bad for you, especially for teenagers still growing and developing. But, what exactly is Alcohol? Well, Alcohol is a clear drink that is made from grains, fruits, vegetables, or a beverage containing ethyl. It is made when these things are fermented. Fermentation is a process where you use...

Rate this post 1. Executive Summary 1.1 Synopsis of the Situation The history of Angostura aromatic bitters approaches the year of 1822, when a cholera epidemic whipped the population of Angostura in Venezuela, when the young doctor Johann Gottlieb Benjamin Siegert created a somewhat bitter medicine, quite unusual taste, but of proven volatilities effectively relieve...

The Impact of Alcohol Sponsorship of Sporting Events on Consumption of Alcohol Amongst High School Students: a Research Proposal

Rate this post Research study Issue This research study project is created to identify the results on the understandings of alcohol amongst Australian high school trainees caused by alcohol sponsorship of sporting groups and occasions. Goals The goals of this research are to determine: – How young Australians perceive alcohol and what impacts sport sponsorship...