Given the increasing longevity of Americans and the costs of providing long-term care, anticipation of the costs should be a major element of every family’s financial planning. Current information suggests however, that very few families or individuals give this consideration. What factors might impede this advance planning? What measures might be effective in raising awareness among Americans about this important matter? Our aging population is the fastest growing proportion of the population in the United States. They are also the highest consumers in need of long-term services (Sultz and Young, 2011 p.

Don't use plagiarized sources. Get your custom essay on
“ Turner: Health Care and Long-term Care ”
Get custom paper
NEW! smart matching with writer

267). But, not all of those in need plan for long term care. There are often several factors that impede this advanced planning. One of those impentions could simply be confusion. Configuring a package of services that meets the needs, promotes independence, and mantains lifestyle quality is complex and confusing (Sultz and Young p. 268). Long-term care can be provided in a home setting, in the community, or in various types of facilities such as nursing homes and assisted living facilities.

It would not be uncommon for several agencies and services to be involved. If one service fails to coordinate there becomes an obstacle leads to even more confusion. Prevention and early planning are necessary to make the process easier for elders and their families. The smaller number of support people both hinders the ability of assistance in advanced planning and denies them the desire to stay in their own homes. Many people in our society grow old alone because of chosen family size, single parenting, and divorce.

Denial is also a part of the problem. As a society we tend to deny or push aside the natural progression of life, which is death. “Denial about death does a disservice of not dealing with life-review issues an some people would
choose to do if they were thinking about dying” AoA, 2011). Lastly, cost-effectiveness is a huge barrier in the ability of elderly to get the services they need and deserve. As previously stated, elderly want to stay in their homes, but this can be very expensive.

The average cost of long-term care per day is about $205 or $6, 235 per month for a semi private room in a nursing home, $229 and day/$6,965 per month for a private room in a nursing home $3,293 per month for assisted living, $21 per hour for home health aid, $67 per day in an adult day heath care center (U.S. Department of Health and Human Services, 2010). With the current economic downfalls there are fewer and few elderly that are able to receive appropriate care and services. It is essential that we raise awareness of these issues amongst Americans. A campaign to empower elderly to take ownership of their future and understand the services offered to them is direly imperative.

Services and Programs for Aging People

We must promote aging services that can help promote the need to advance care plan and articulate clearly wishes toward end of life. There are programs offered by the Aging and Disablility Resource Center Program by the Options Counseling services that helps people look at their long-term care options (AoA, 2011). Major factors that have resulted in the shift in utilization from inpatient hospitalization to ambulatory care services and the implications of this shift for hospitals, consumers, and the health care delivery system as a whole

One major factor in this shift would be the technologic advancements, new medical and diagnostic procedures, and less invasive procedures. Outpatient surgeries and procedures are a thing of normalcy in our current health care system. Shifting to ambulatory services for inpatient care has become a common cost-containment and assumes that an equivalent or better clinical outcome at lower cost will result. In researching this topic it seems that revenue from outpatient care is close to or surpassing revenue from hospital patients who are admitted to inpatient hospitalization. The health care industry in the United States is undergoing profound structural changes, which will alter the role the hospital and the physician play in rendering medical care. As this structure broadens and diversifies, alternatives to acute care hospitalization will become increasingly attractive economically.

The more rapidly hospital costs escalate, the more rapidly these trade-offs will be forced by health insurers. Just as the rising price of oil increases the economic viability of substitute fuels, the rising price of hospital care will encourage growth of ambulatory services, alternative delivery systems, and aftercare for the nation’s elderly. As costs increase, competitive pressures within the hospital industry will intensify to the point where many hospitals, perhaps hundreds, may be forced to close, and as many as several thousand others may be absorbed by large hospital management firms. Entrepreneurial opportunities will in many areas outside the hospital as well.

These developments can only benefit the patient, because it will present him or her with an array of cost-effective, convenient alternatives for receiving health care. As competition for patients increases, both physicians and hospitals, as well as other providers of health care, will be increasingly interested in meeting the patient’s needs. The recipients of mental health services in the US represent only a small percentage of those in need of services. Discuss the factors that impede access to mental illness treatment.

Mental Health Issues in the US

Approximately 20 – 25% of the single adult homeless population suffers from some form of severe and persistent mental illness. While 22% of the American population suffers from a mental illness, a small percentage of the 44 million people who have a serious mental illness are homeless any given point in time (National Institute of Mental Health, 2005). Despite the disproportionate number of mentally ill people among the homeless population, the growth in homelessness is not attributable to the release of seriously mentally ill people from institutions. Most patients were released from mental hospitals in the 1950s and 1960s, yet vast increases in homelessness did not occur until the 1980s, when incomes and housing options for those living on the margins began to diminish rapidly (see “Why Are People Homeless?,” NCH Fact Sheet #1).

However, a new wave of deinstitutionalization and the denial of services or premature and unplanned discharge brought about by managed care arrangements may be contributing to the continued presence of seriously mentally ill persons within the homeless population. The adaptive response to private and public shame is secrecy. Commenting on the barriers to the management of depression, Docherty (1997) cites both patients’ shame in admitting to, and physicians’ reluctance to enquire about, depressive symptoms. Family and friends may endure a stigma by association, the so-called “courtesy stigma” (Goffman, 1963). In one study of 156 parents and spouses of first-admission patients, half reported making efforts to conceal the illness from others (Phelan et al, 1998). Professionals are no different in this regard, and hide psychiatric illness in themselves or a family member. Secrecy acts as an obstacle to the presentation and treatment of mental illness at all stages.

So, unlike physical illness, when social resources are mobilised, people with mental disorders are removed from potential supports. Poorer outcomes in chronic mental disorders are likely when patients’ social networks are reduced (Brugha et al, 1993). It is difficult to predict the progress over time of a variety of existing anti-stigma initiatives. Media coverage of these interventions will be essential to disseminate positive mental health messages, while challenging current misrepresentations. Regardless of the means (education, legal remedies, health service changes), the end is to promote social inclusion and reduce discrimination. The nature of that discrimination will change as the practices of discrimination are successfully challenged: the task is to identify prejudice in whatever context.

Examination of the achievements of other anti-discrimination movements leaves mental illness stigma as one of the last prejudices. A prerequisite must be to continue listing discriminatory practices from different perspectives. In some instances, for example the current practice of psychiatric assessment of candidates for organ transplantation, psychiatrists are already part of the discriminatory culture, and must rely on others to highlight injustice. Double discrimination, the coincidence of mental illness and ethnic minority status, is another area where psychiatry on its own will not effect change. Psychiatry in these and other areas must collaborate with other fields in identifying problems and effecting enduring solutions. 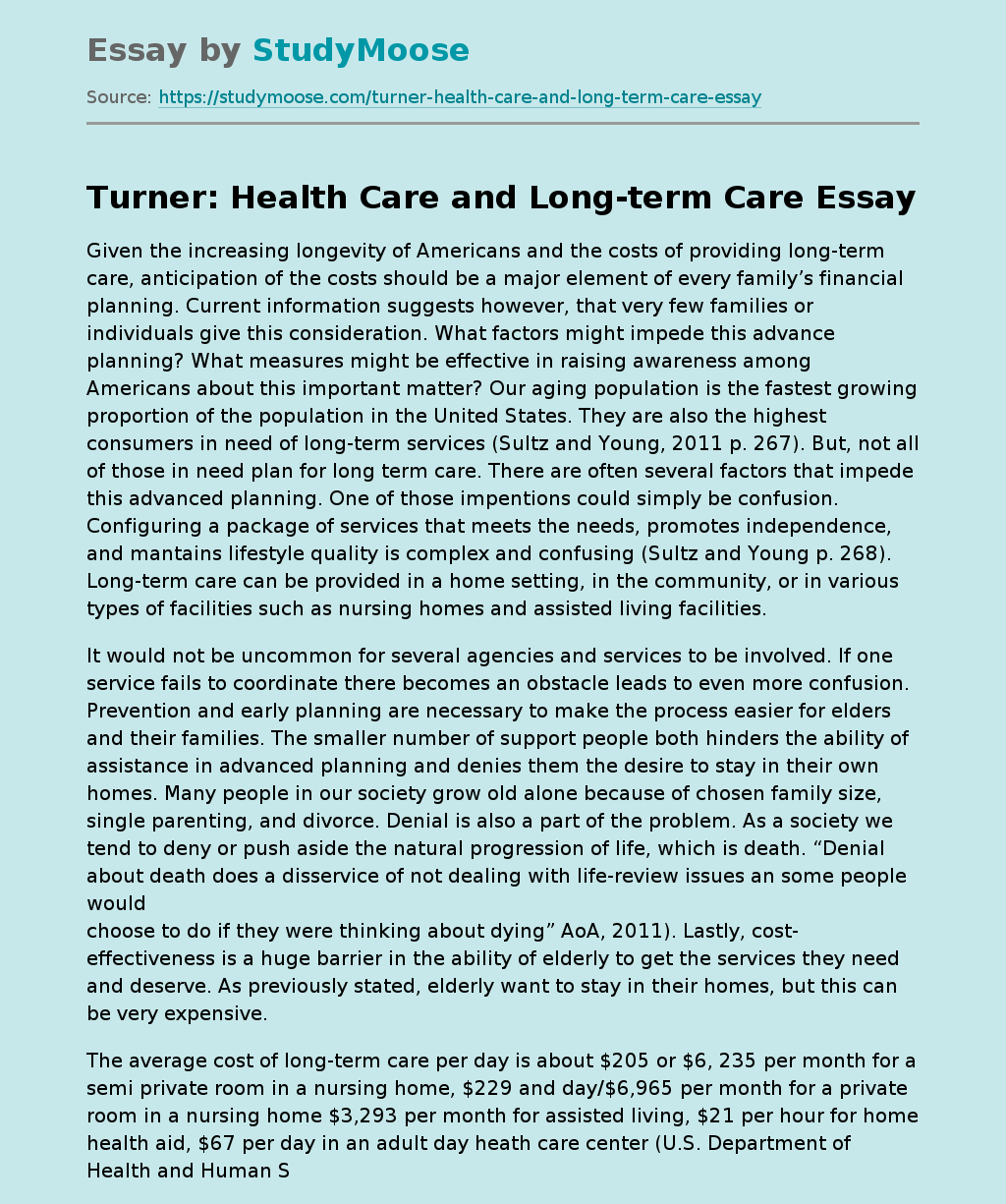