Traffic congestion is a condition on any network as use increases and is characterized by slower speeds, longer trip times, and increased queuing. The most common example is for physical use of roads by vehicles. There it occurs when traffic demand is greater than the capacity of a road (or of the intersections along the road). Extreme traffic congestion, where vehicles are fully stopped for periods of time, is colloquially known as traffic jam.

Las Vegas (often abbreviated as “Vegas”) is the most populous city in the state of Nevada, United States, the seat of Clark County, and an internationally known resort, shopping, entertainment and gambling destination.

Don't use plagiarized sources. Get your custom essay on
“ Traffic Congestion in Las Vegas Nevada ”
Get custom paper
NEW! smart matching with writer

It was established in 1905 and officially became a city in 1911.With the growth that followed, Las Vegas became the largest U.S. city founded in the 20th century (a distinction held by Chicago in the !(the century). It’s the 28th largest city in the United States. As Vegas have a developed economy and the primary drivers to economy have been the confluence of tourism, gaming and conventions which in turn feed the retail and dining industries.

Several companies involved in the manufacture of electronic gaming machines, such as slot machines are located in the Las Vegas area and hence as a result of the growing economy, Las Vegas has experienced wide traffic congestion. Public transport, public transportation, public transits or mass transits comprises all transport systems in which passengers do not travel in there own vehicles for example by rails, and bus services air lines services, ferries, taxicabs services e.

As Vegas transportation includes, City Ride Bus Service, CAT Bus is a popular means of transportation among locals and tourists with various bus routs covering a large portion of the valley and it carries approximately 175,000 people per weekday. The seat numbering system is divided in to the following streets, Westcliff Drive, Las Vegas Boulevard. The major causes of traffic congestion in Las Vegas include the following.

There are several causes of traffic congestion. The prime causes is simply a volume of traffic or model spit that generates demand for space greater than the road capacity, but there are a number of specific circumstances which cause or aggravate congestion_ most of which reduce the capacity of a road at a given point or over a certain length, or increases the number of vehicles required for a given throughout of people or goods. The former causes include on-road parking, construction works, accidents and emergencies or unsafe road conditions (due to whether or other factors); the latter causes include conditions where the mode share between high and low occupancy vehicles primarily consists of low occupancy or of types of vehicles that take up a large quantum of network space per person.

Speed and flow can also affect network capacity though the relationship is compex.Traffic research can still not fully predict under which conditions a “ traffic jam “ (as opposed to heavy, but smoothly flowing traffic) may suddenly occur. It has been found that individual incidents (such as accidents or even a single car braking heavily in a previously smooth flow) may cause ripple effects which then spread out and create a sustained traffic jam when otherwise, normal flow might have continued for some time longer.

Rush hour (or peak hour,) which is that part of the day during which traffic congestion on roads and crowding on public transport is worst and this can lead to accidents. The frequency of public transports usually high in the rush hour, and in the case of trains, longer ones are often employed .However the increase in capacity’s often less than the number of passengers, due to the limits on available vehicles, staff and in case of rail, track capacity including platform length. (Gardener, Cornwell and Cracknell, 1991)

Congested roads can be seen as an example of the tragedy of the commons. Because roads in most places are free at that point of usage. There is little financial incentive for drivers not to over – utilize them, up to the point where traffic collapses in to a jam, when demand becomes limited by opportunity cost. Privatisation of highways and road pricing has both been proposed as measures that may reduce congestion through economic incentives and disincentives. Congestion can also happen due to non- recurring highway incidents, such as a crash or roadwork’s, which may reduce the road capacity below normal levels.

Economist Anthony Downs, in his book Stuck in Traffic (1992) and still Stuck in Traffic (2004), offers a dissenting view, rush hour traffic congestion is inevitable because of the benefits of having a relatively standard work today. In a capitalist economy, goods can be allocated either by pricing (ability to pay) or by queuing (first- come-first –serve), congestion is an example of the latter.

Instead of traditional solutions of making the pipe, large enough to accommodate the total demand for peak hour vehicle travel 9a supply side solution), either by widening road ways or by increasing flow pressure via automated highway systems. Down advocated greater use of road pricing to reduce congestion (a demand side solution, effectively rationing demand), in turn plowing the revenues generated the from in to public transportation projects. Road pricing is itself controversial; more information is available in the dedicated article.

Wear and tear in vehicles as a result of idling in traffic and frequent acceleration and braking, leading to more frequent repairs and replacements. Stressed and frustrated motorists encouraging road rage and reduced health of motorists. Emergencies, blocked traffic may interfere with the passenger of emergency vehicles traveling to their destination where they are urgently needed. Spillover effects from congested main arteries to secondary roads and sides streets as alternative routs are attempted (rat running), which may affect neighborhood amenity and real estate prices. (Cathy, 2001)

Transport demand management, such as road pricing or a congestion charge, is designated to induce people to alter there travel habits so as to minimize congestion. In many respects, the level of congestion that a society tolerates is rational 9though not necessary councios) choice between the cost of improving the transportation system (in infrastructure or management) and the benefits of quicker travel.

Junction improvement, grade separation, using bridges (or, less often tunnels) freeing movement from having to stop for other crossing movements. Ramp signaling, (drip feeding) merging traffic via traffic signals on to a congested motorway-type roadway. Reducing junctions, local express lanes, proving through lanes that bypass junction and off ramp zones. Limited access roads, roads that limit the type and amount of driveways along there lengths. Limited access roads, where certain sections of highways operate in the opposite direction on different times of the day to match asymmetric demand.

This may be controlled by Variable massage signs or by movable physical separation. Separate lanes for specific user groups (usually with goal of higher people throughout with fewer vehicles), Bus lanes as part of a busy way system. HOV lanes, for vehicles with at least three (sometimes at least two) riders, indented to encourage carpooling, slugging. Impromptu carpooling at HOV access points, on a hitch-hicking or payment basis, market based carpooling with pre-negotiated financial incentives for the driver. (Gardener, Cornwell and Cracknell, 1991)

Cap and Trade where only licensed cars are allowed to use the roads. A limited quota of car licenses are used each year and traded in a free market situation. This guarantees that the number of cars does not exceed the road capacity while avoiding the negative effects of shortages normally associated with quotas. However, since the number of cars seems to be inelastic, the result tents to be exorbitant purchase prices for the licenses, pricing out the lower levels of society. Rationing is where some types of vehicles are not allowed to drive under certain circumstances or in certain areas. (Jane, 2000)

Need for good traffic flow with the aim to get a better understanding of these phenomena and to assist in prevention of traffic congestion ptoblems.Traffic phenomena are complex and non linear, depending on the interactions of large number of vehicles.

Traffic break is where in any separation in the flow of traffic –naturally occurring or otherwise- along a road or highway. In heavily congested traffic, natural breaks occur rarely. Thus traffic break generally refer to the manual separation of traffic normally conducted by highway patrols officers and hence advisable incase of accidents the patrol officer needs to signore radio to another officer to initiate a traffic break.

The second officer enters traffic before the site of accident, turns on his light bar and begins weaving across multiple lanes to signal that other drivers are to slow down and remain behind the officer. Traffic breaks may also be conducted to gradually slow traffic in preparation of a large accident ahead that has caused traffic to stop abruptly. This greatly reduces the chance of subsequent crashes due to motorists not braking in time. 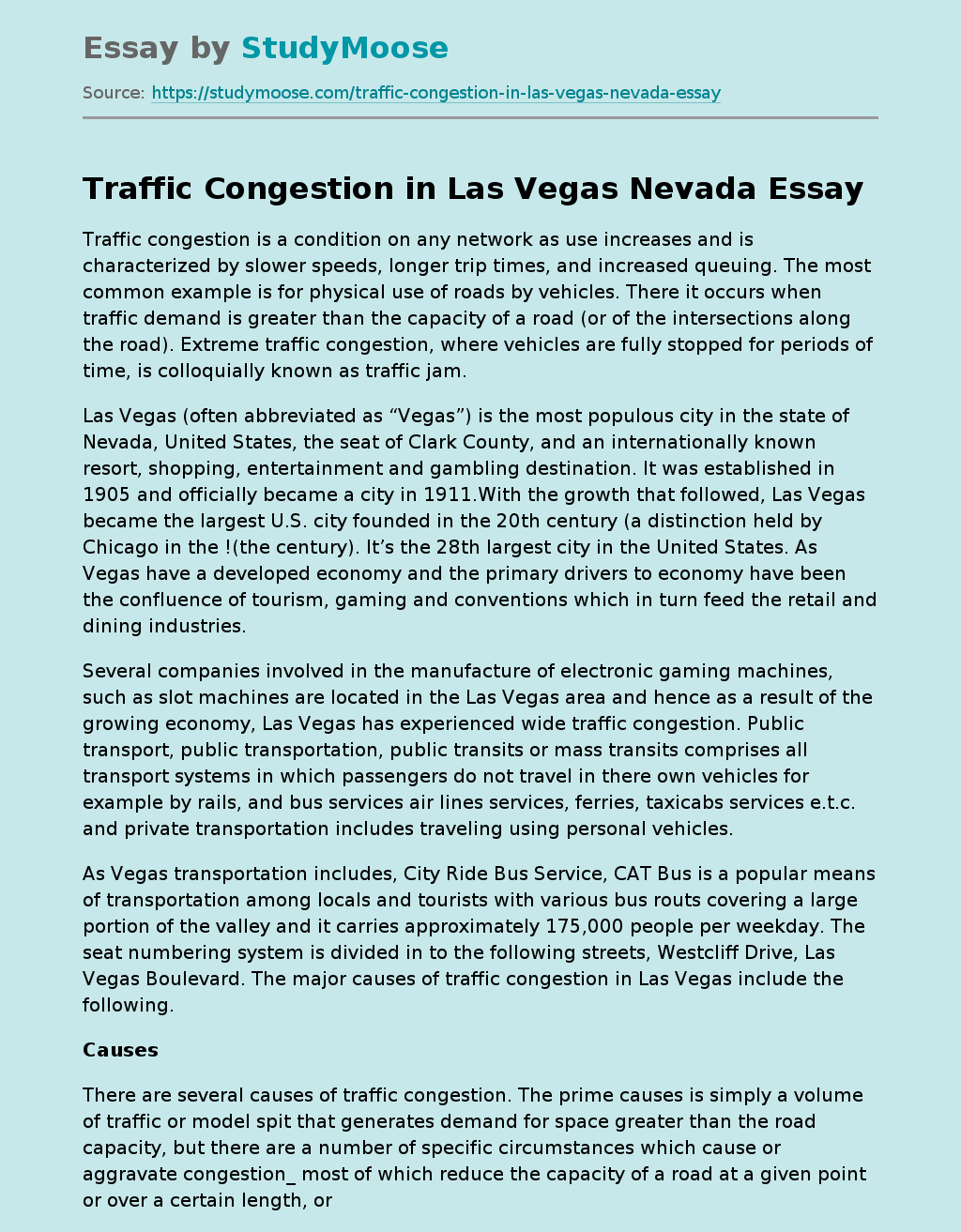