Theme parks have ride that mostly attract tourists to these theme parks but for the tourist to know that this theme parks exist they have to do promotion a lot of this promotion is done on TV during their season time, the theme park only advertise within a certain range so for example Blackpool Pleasure Beach promote in Yorkshire but don’t promote in London because London is quite far from Blackpool and not many people will come to Blackpool from London.

Don't use plagiarized sources. Get your custom essay on
“ Three UK Destinations for Tourism ”
Get custom paper
NEW! smart matching with writer

The theme parks also have special offers to attract tourists so for example if you stay in the Big Blue hotel which is owned by Blackpool Pleasure Beach they give you free entry to the theme park and free wristband to get on all rides, other offer are that if you book your visit online the wristband are cheaper than they are at the gate. Blackpool itself has a beach and many other attractions such as Blackpool tower, Sea life centre and in fact Blackpool has the largest Primark in the country.

London is the capital of the UK and has many different famous landmarks such as the London eye, Buckingham palace and River Thames. London has many hotels which vary in price so where to stay isn’t much of a problem, London also has an underground Train which make travelling around the city fast and easy. London has many shopping malls which are open till late at night, London also has lots of famous nightclubs and places such as Oxford street and Piccadilly Circus are also open till late at night so things to do at night are not a problem.

Much of the UKs history is in museums in London so there is a lot to learn about the UK. London has the Europe’s tallest building which is the Shard and you can get a ticket to go to the top and get a view of London. Getting to London is easy to get to it has 4 major airports which include London Heathrow and Gatwick airport, there are also many train stations and trains come from all over the country including a euro tunnel on which the euro star runs. 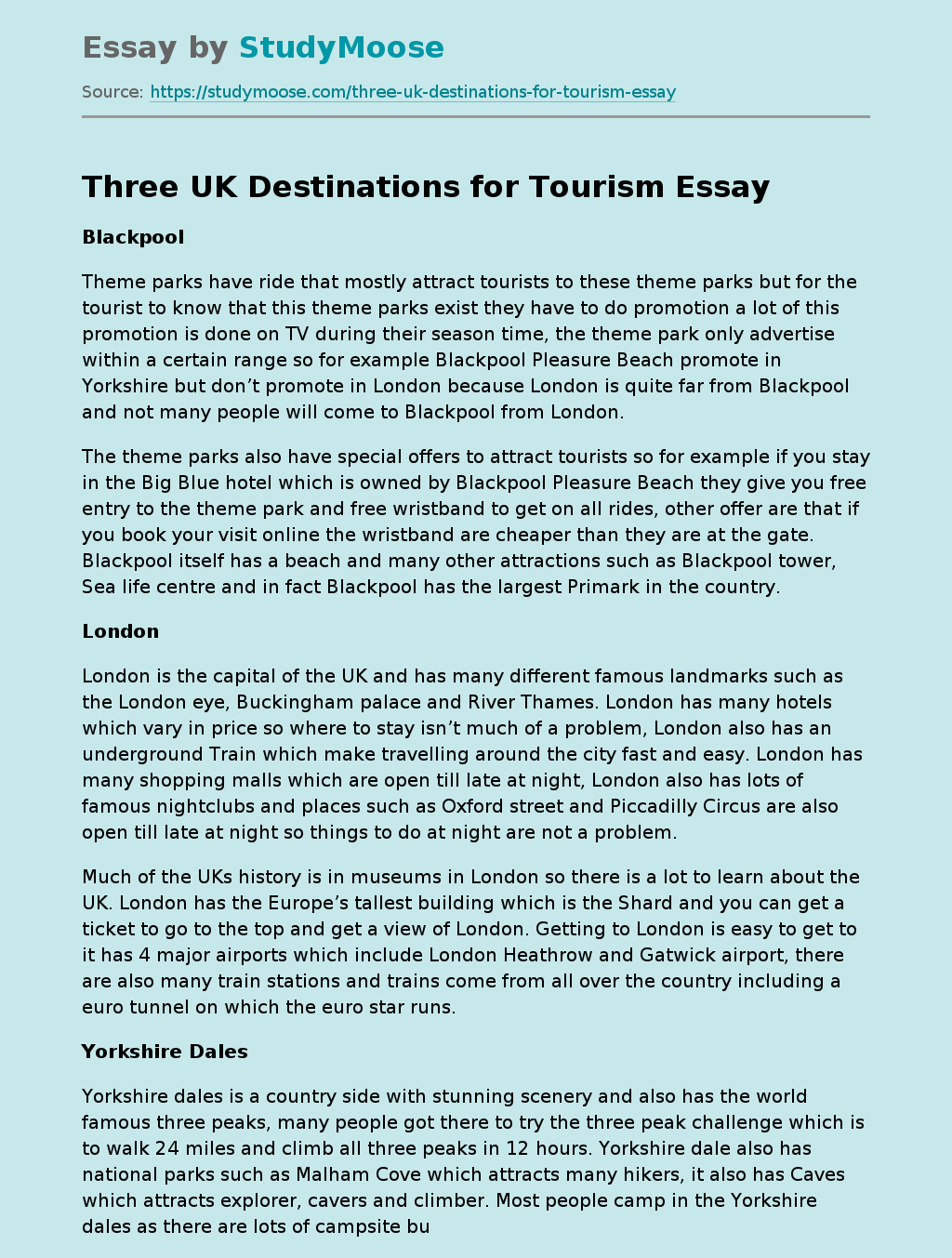