This was adopted on September 21, 1981, the day Belize gained their independence. This country is growing at a slow steady rate. This year here are expected to grow by 8,591 people and are soon to reach 396,632 in the beginning of 2020. Growth can help improve or ruin any country. This country is ranked 176 globally. It’s quiet a poor country. It’s not really the people’s fault that they are a poor country. The cause of poverty is the distribution of the wealth that is already here.

Don't use plagiarized sources. Get your custom essay on
“ September 21 1981 the day Belize Gained Their Independence ”
Get custom paper
NEW! smart matching with writer

Of the nearly 360,000 individuals in Belize, 43 percent live below the national poverty line. Of this percentage, 16 percent face extreme poverty. The nation’s econo0 p10my provides context for Belize’s poverty. The growth could hurt the country cause there people would have no work and could have a famine. The reason for this is because all or there crops , natural resources and their environment is falling apart around them. They have had natural disasters come and take any future opportunity they might have had away from them.

The location of Belize huts the,because they are always at high risk of Hurricanes tropical storms, flooding and drought, which affect the country on a regular basis. Infrastructure and economic losses especially in the agricultural sector are high especially during the hurricane season: from June to November. Hurricane Mitch hit in 1998 and in 2001 came Tropical Storm Chantal , then Hurricane Dean in 2007, Tropical Storm Arthur 2008, Tropical Depression back to back in 2008, and Hurricane Richard in 2010. These all resulted in extensive flooding and damages to the banana, sugarcane, papaya, rice, corn and vegetable industries across the country.

Some of the other environmental issues that have been impacting Belize’s natural resources. While these issues are by no means exhaustive, . High deforestation rates, improper solid-waste management, and thier rapid coastal development, increasing poverty, weak institutional and legal frameworks, and ever since the founding of the sweet crude oil has began to threatn and pose significant threats to Belize’s ecosystem. Additionally, there is much more issue that have efficted this counrty other issues that impact conservation as well as the ability to conserve natural resources .These include the continuing threat posed by climate change, lack of research infrastructure, lack of graduate research programs in the natural sciences, and lack of Belizean role models in the sciences to stimulate interest in pursuing career paths in the natural sciences. Unless Belize is able to adequately respond to these challenges in a timely manner, the environment that has been the mainstay of the Belizean economy will be severely impacted. 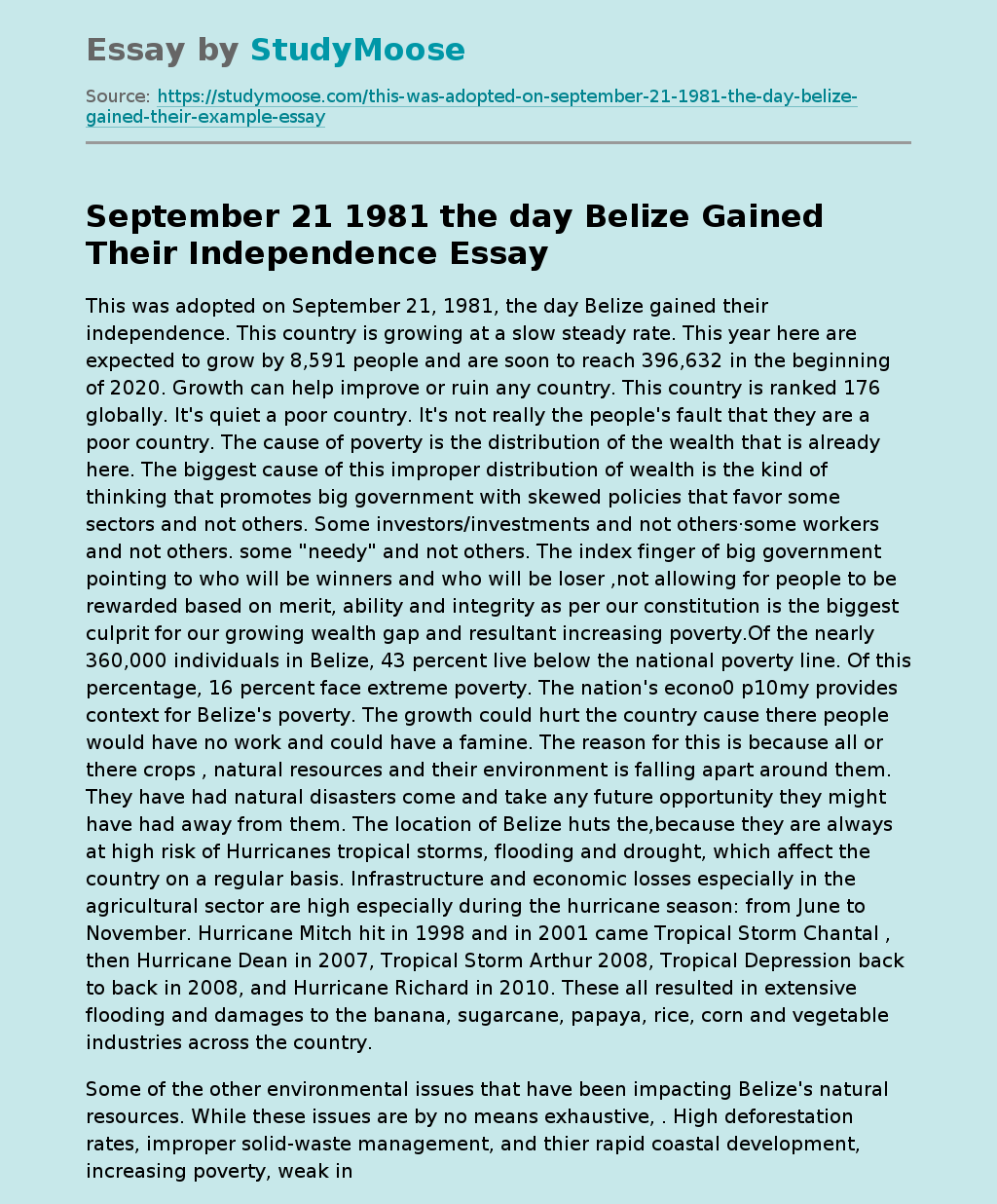