Most of the matters, without some exceptions, expand with the increasing temperature. When you give heat to matters; speed of its particles increase and distance between them also increase which results in the increase of the volumes of matters. All expansions occurs in volume of the substance however, sometimes some of the dimensions of them expand more with respect to others.

In this case we neglect the less expanded ones and assume expansion like linear expansion in long materials.

Don't use plagiarized sources. Get your custom essay on
“ Thermal Expansion and Contraction Research ”
Get custom paper
NEW! smart matching with writer

We will examine this subject under three title, linear expansion, area expansion and volume expansion. Linear Expansion: Picture given below shows the linear expansion of metal rod. When it is heated, its length increases.

Example: There are three same metal rods having same length and thickness. If the temperatures of them are given like; T, 2T and 3T find the relations of final lengths of the rods. (Rods are in contact) We find the final temperatures of the system by the formula; Tfinal=T1+T2+T3/3=6T/3=2T

I. Increasing the temperatures of rectangular plate and circular piece

II. Decreasing the temperature of the circular piece

Thermal Expansion and Contraction Research. (2016, May 13). Retrieved from http://studymoose.com/thermal-expansion-and-contraction-research-essay 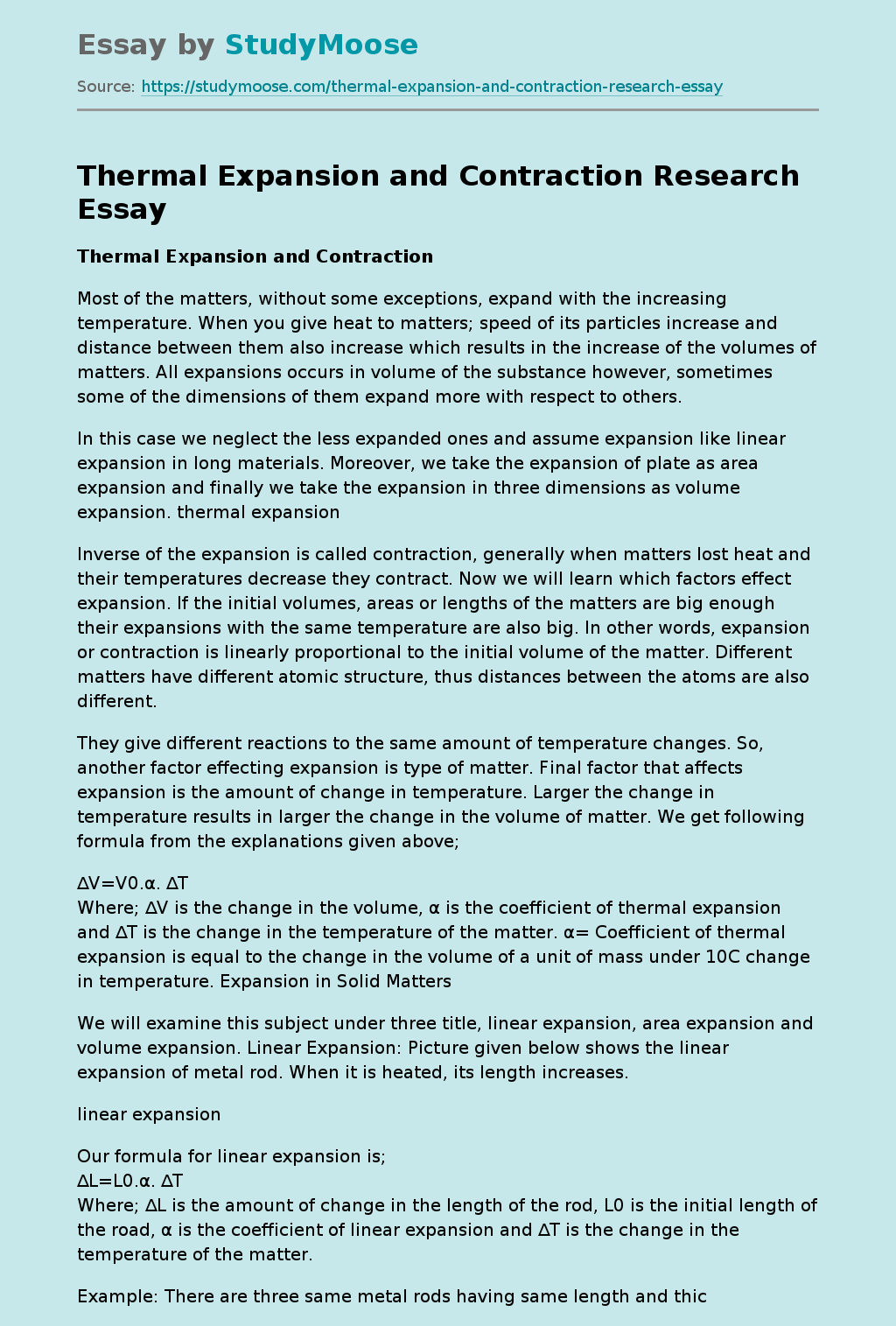