The westward expansion in 1800s, the western frontier represented the opportunity to start over and possibly try to get rich by individual people that put effort in it. In fact, most west in settlers went but not everyone as a family or part of an immigrant group and they weren’t filling up space because mostly the whole territory was home for American Indians. Also, in addition for eastern and migrates from Europe the west was settle by Chinese people and Mexican migrates and former slaves plus there were plenty of Mexicans living there already who became Americans with the tree of Guadalupe Hidalgo.

Don't use plagiarized sources. Get your custom essay on
“ The Westward Expansion ”
Get custom paper
NEW! smart matching with writer

The whole west of the federal government had to pass the law that speared home steady and then had to clear American Indians already living there and had to sponsor the railroads that allow the west to grow in the first place and now the government owns it. The railroads didn’t create the desire to settle the west, but they did make it possible for people who wanted to live out west.

There are two reasons without railroads there will be no way to bring crops or other goods to market.

Therefore, railroads are good for crops and bringing tools and weapons and cotton was the main thing that was growing for people that needed clothing or any other good things you can use for the future. The powerful government help the railroads and western people to investment in general by leading a military expedition against American Indians to destroy their culture.

There was an economy where they wanted to move the Native Americans off their land and white people wanted it.

They wanted to settle down railroads tracks and then for farming but then eventually it was also scattered with gold, iron, and cotton, wheat. In the early years in the 1850s a steady stream of settlers destroyed the Americans Indians homes. The Philip H. Sheridan was the one that send his army to destroy the American Indians homes and burn it up and killing their horses and buffalos.

The Westward Expansion. (2020, May 18). Retrieved from https://studymoose.com/the-westward-expansion-essay 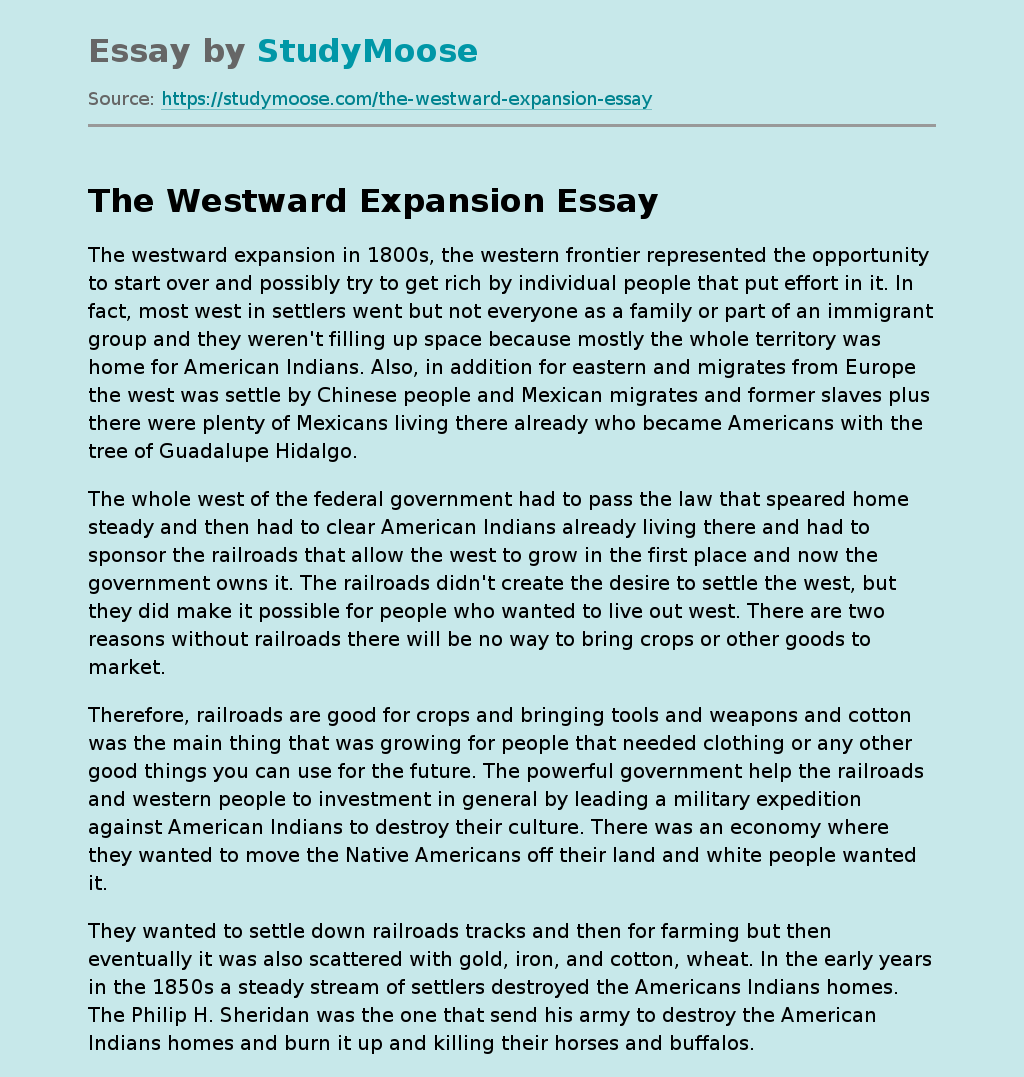