The Steel Authority of India Limited also known as SAIL is an Indian government owned steel making company, formed in 1973, headquarters situated in New Delhi, India. Hindustan Steel Ltd., its predecessor, was founded on 19th January 1954, around 65 years ago and SAIL was the successor as a holding company and supervisory agency for the iron and steel industry in India which were in the public sector. It owns and controls over five integrated steel plants, namely Bokaro, Durgapur, Bhilai, Burnpur and Rourkela and three other special steel plants, namely Durgapur, Salem and Bhadravathi, located in the eastern and central region on India.

Don't use plagiarized sources. Get your custom essay on
“ The Steel Authority of India Limited also known as SAIL is an ”
Get custom paper
NEW! smart matching with writer

It also has a Research and Development centre for iron and steel which is a centre for engineering in Ranchi, Jharkand.History:Initially SAIL was called Hindustan Steel Limited(HSL) when it was incorporated in the year 1954 some years after the independence when India was building up, trying to recover and develop as the steel sector was to propel economic growth.

HSL was initially set up as a wholly state owned company responsible to control only one plant that was in Rourkela because the Iron and Steel Ministry was doing the work at Bhilai in Madhya Pradesh and Durgapur in West Bengal. But from the year 1957, the control and managing of these two plants were given or rather transferred to HSL. The HSL took over the operation of all the iron ore mines supplying its plants, all three of which had been positioned to take advantage of existing materials. This policy of positioning steel production near raw materials sources reflected the small and discrete nature of the domestic market for steel of the earlier times and contrasted with the market-related location policies of companies in more advanced steel-producing countries, such as the United States.

The Steel Authority of India Limited also known as SAIL is an. (2019, Aug 20). Retrieved from https://studymoose.com/the-steel-authority-of-india-limited-also-known-as-sail-is-an-essay 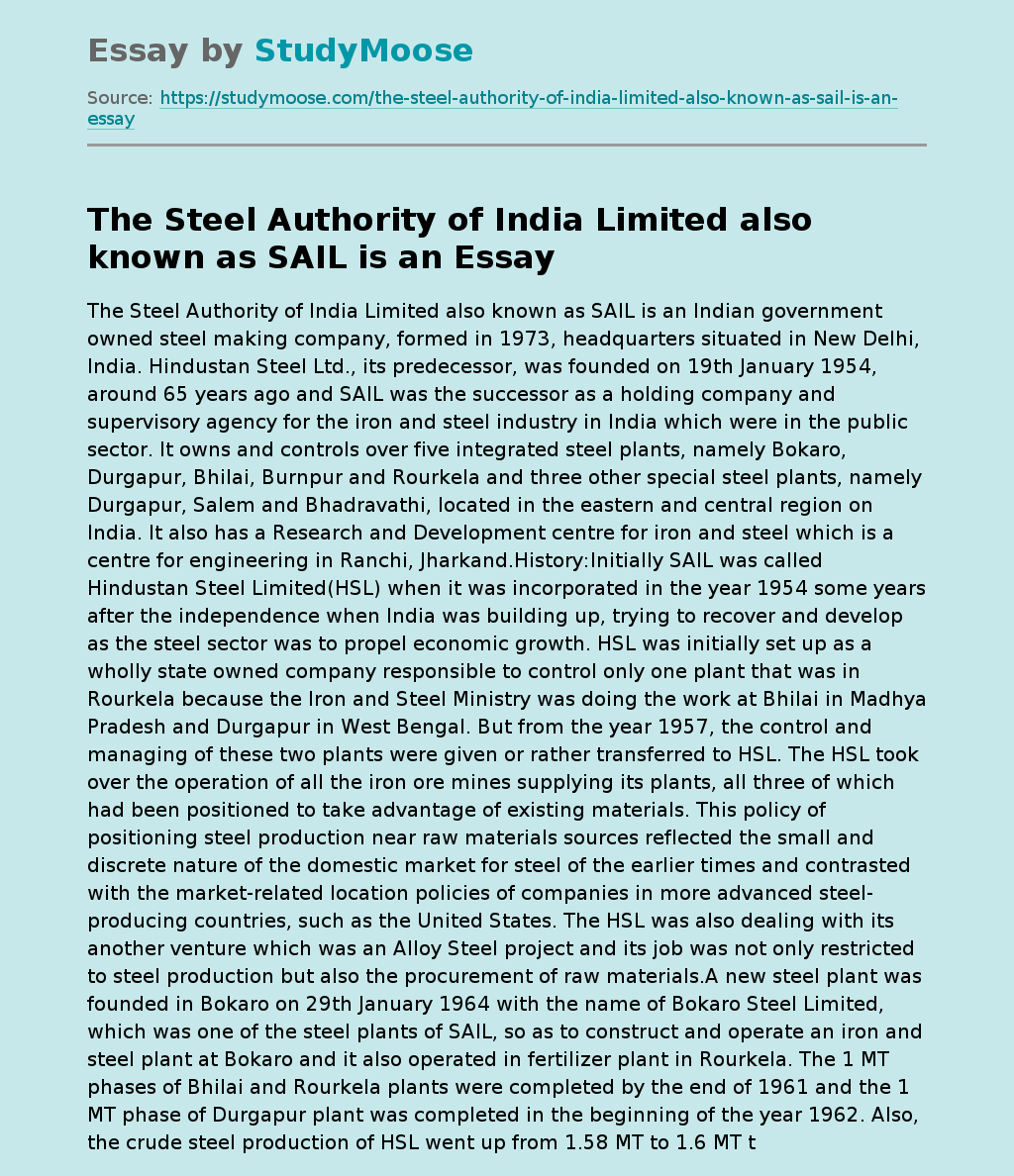