Long time ago all the land bordering the sea, was ruled by the mighty Aglao, the King of the “Spirit Hunters”. These spirits were powerful and numerous. Their chief recreation was to spend their time hunting deer, unless Aglao needed them to drive away to their common enemy, the terrible spirit of the sea, Bacobaco, who is also very fond of deer’s meat. He would transform as a giant turtle and then sally forth into the hunting grounds of the hunters and gorge himself with deer to the neck.

Don't use plagiarized sources. Get your custom essay on
“ The Rice Myth ”
Get custom paper
NEW! smart matching with writer

Aglao would greatly resent this, but he was powerless compared to this monster. So one day he consulted Wasi, one of the spirit hunters. Wasi then suggested to ask Blit, his brother; the spirit othe wind, for assistance because he is the one who is capable of killing the giant turtle. Aglao followed his advice. He went to meet Blit and ask for help. Blit agreed because he himself is an enemy of Bacobaco.

The following day the huge turtle appeared again, but Blit was quiet ready for him this time. But as he carefully placed an arrow to his bow, Bacobaco saw him and immediately hid his whole body beneath his shield. The arrow struck exactly at the place where his head had been thrust forward only a few moments before. Before he could recharge his weapon Bacobaco escaped. Bacobaco tried to hide in a lake at the foot of Mount Pinatubo, but finding the water clear, he climbed to the peak where he started digging a hole.

“Bit pieces of rock, mud, dust and other things began to fall in showers all around the mountain. During all the while (Bacobaco) howled and howled so loudly that the earth shook under the foot of Blit, Aglao and his hosts.

The fire that escaped from his mouth became so thick and so hot that the pursuing party had to run away.” “For three days,” the story goes, “the turtle continues to burrow itself, throwing rocks, muds, ashes and thundering away all the time in deafening wars. At the end of three days he stopped, and all was quiet again in… 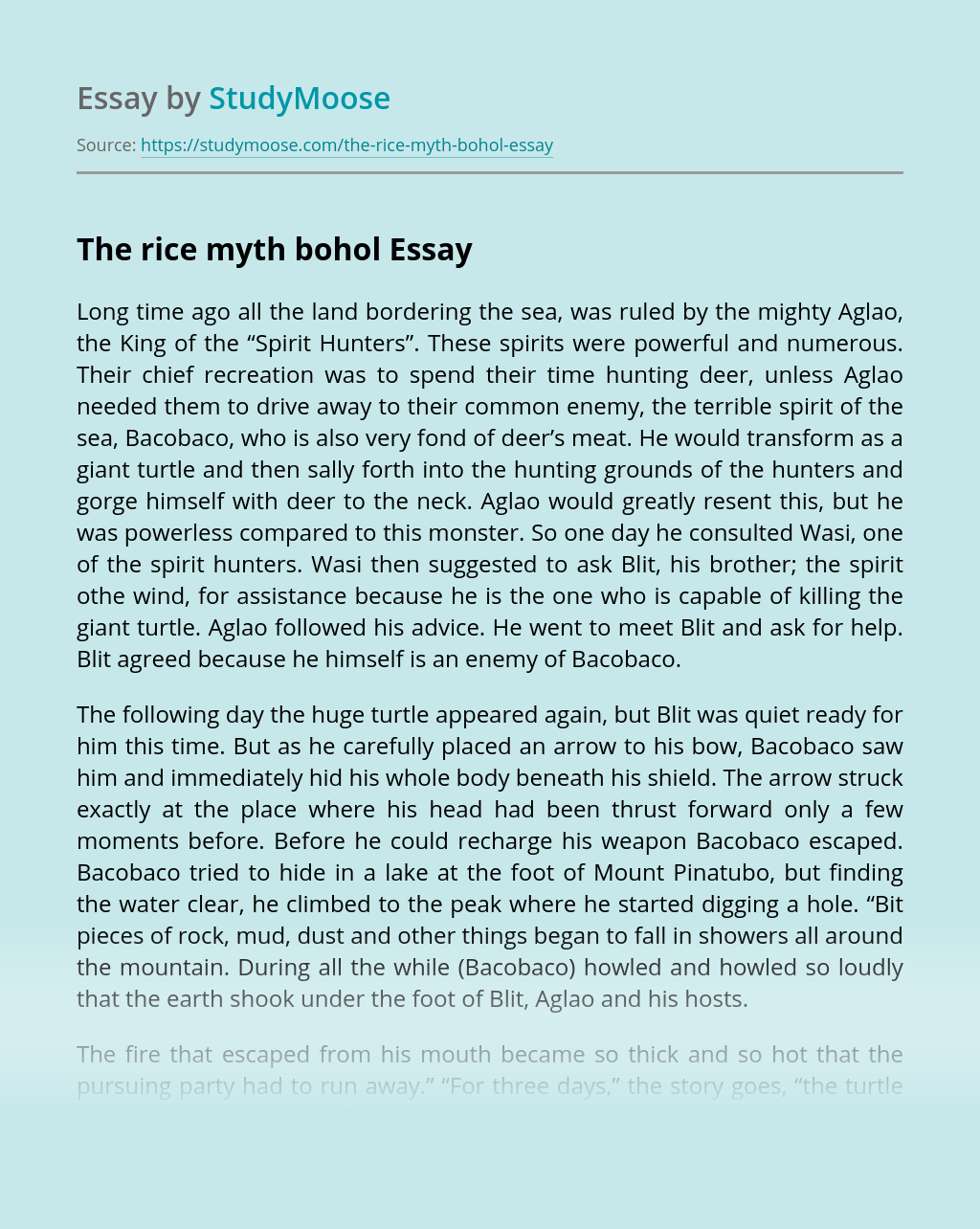