1)The relationship between Nora and Torvald from the beginning of Act One, Torvald’s addressing his wife, Nora, by pet names which shows his judgement about gender roles in the domestic household. Torvald takes a protective approach towards his wife; he views Nora who needs masculine help and direction. In Act One, Torvald uses pet names to addresses Nora as his ‘little skylark,’ ‘little featherhead,’ and ‘little squirrel.’ Torvald lectures Nora about her spendthrift ways, and he lectures her to be careful about wasting money.

Don't use plagiarized sources. Get your custom essay on
“ The relationship between Nora and Torvald from the beginning of Act One ”
Get custom paper
NEW! smart matching with writer

Torvald views his wife as an innocent woman who is oblivious to the ways of money management. Torvald sets the tone for the couple’s interactions; when Nora pouts after his scold of ‘no debt, no borrowing,’ Torvald gives her a generous cash gift for their housekeeping needs. Torvald’s use of pet names for his wife, Torvald shows his dominant position in the marriage. He views her as an innocent, Torvald does not scold his wife for her spendthrift ways; he justifies that his wife is an ‘odd little soul’ who has inherited her spendthrift way from her father.

He views himself as the intellectual and moral authority in the marriage.Torvald’s use of pet names for Nora,he sees his wife as the weaker partner in their marriage; Therefore as the dominant one in the marriage, Torvald holds himself responsible for guiding and protecting his wife, whether she likes it or not.3)I think that the Dr.Rank adds to the play by playing as a foil character in the dollhouse.

The relationship between Nora and Torvald from the beginning of Act One. (2019, Aug 20). Retrieved from http://studymoose.com/the-relationship-between-nora-and-torvald-from-the-beginning-of-act-one-essay 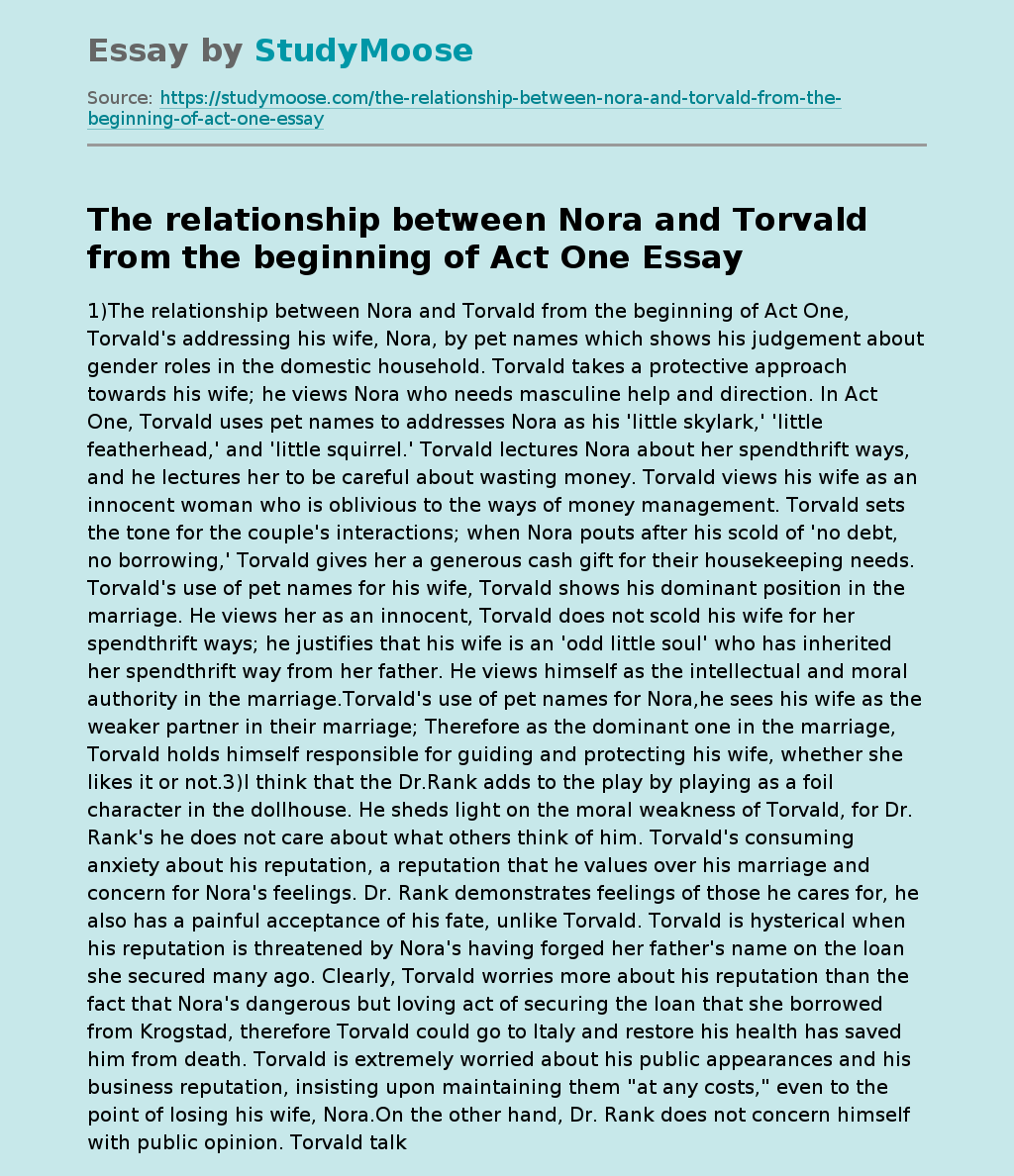