The play Refund is a light and rollicking play

The thread of the one act ‘Refund’ itself is very interesting.A man about 40 is returning to his old school and demands to refund the tuition fees paid by him 18 years back for the reason that the education gave to him never proved useful and he is now no good for anything.

Don't use plagiarized sources. Get your custom essay on
“ The play Refund is a light and rollicking play ”
Get custom paper
NEW! smart matching with writer

1. Wasserkopf has a negative value i.e. determination but in doing wrong things.He is ready to do anything just to prove that his school has taught him nothing and his knowledge is negligible. 2. The protagonist’s address to his masters shows to the role players and the viewers that how important the values of respect and accuracy are. No doubts viewers especially students will laugh on such utterance but ultimately as the play advances further, this behaviour is mere mockery over the pupils who are always ready to blame others and the system.

The mistake committed thus is linked up with the chain of events which finally leads to a moral teaching.

3. Here the protagonist considers himself to be very wise. But in reality it is his mistake .True wisdom is shown in the form of the masters. They are insulted at the hands of this pupil as he addresses them as ‘old stick-in-the-mud, cannibal.

Hypocrite, nitwit, ass etc but they show patience and self control in teaching him a lesson.

4.Wasserkopf never worked hard and he is fired from his job because of the same reason i.e. his inability to work hard.

Well at the end of the play it is ultimately proved that no doubts this ex-pupil tried to prove that his school taught him nothing, but it’s only his education which made him capable enough to calculate the correct sum in a systematic way. Therefore Wasserkopf had to suffer due to his lies and corrupt values.

The play Refund is a light and rollicking play. (2016, May 29). Retrieved from https://studymoose.com/the-play-refund-is-a-light-and-rollicking-play-essay 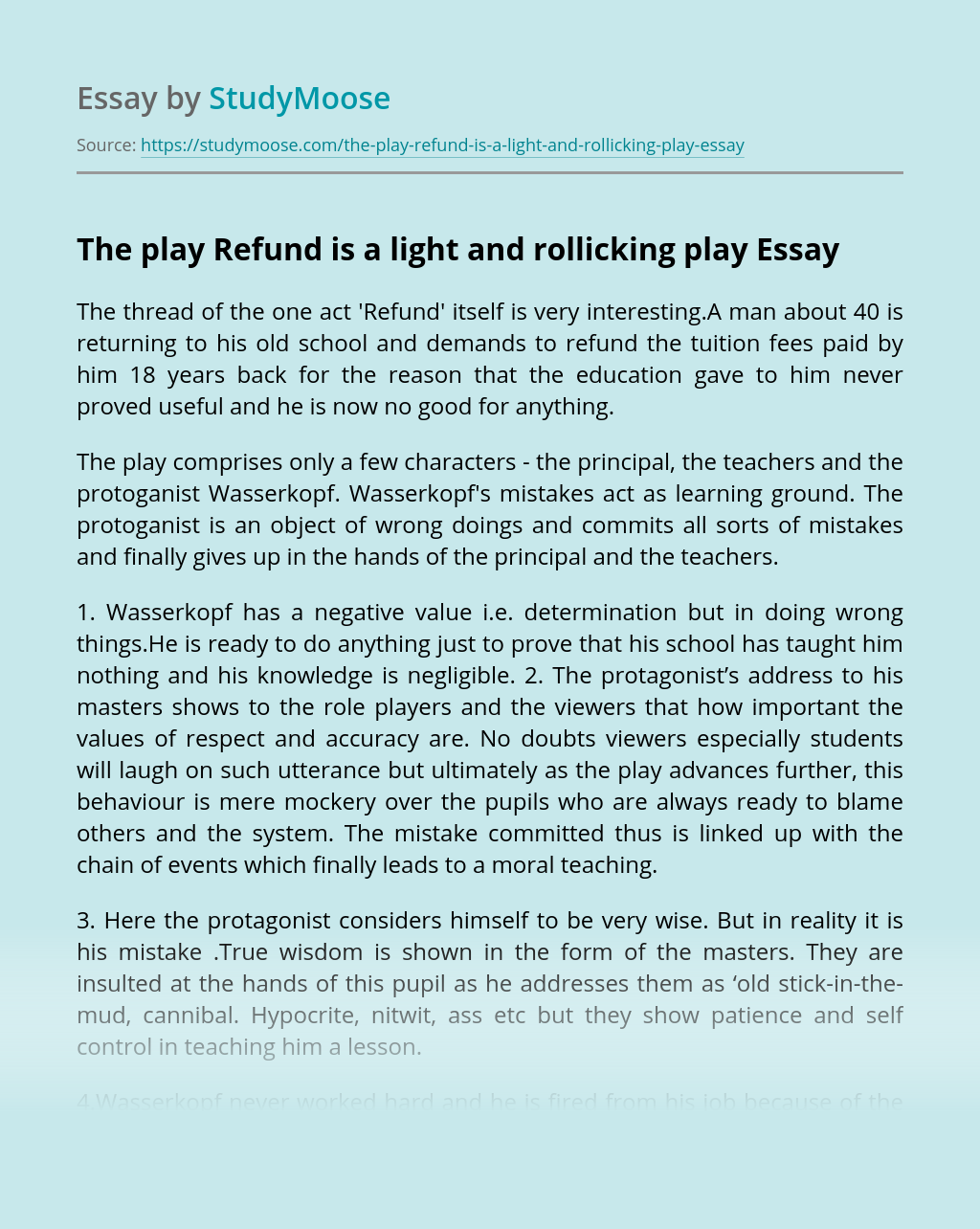