During this term, we will be reading the novel, The Outsiders. In order to fully understand the context of the story, it is important that you have a clear understanding of the time period. In some ways many things haven’t changed since the 1960s (i.e. gangs, friendship, etc.). However, in other ways, there have been major transformations. Therefore, you will research certain topics in order to gain a fuller understanding of the setting and social contexts of the novel.

Don't use plagiarized sources. Get your custom essay on
“ The Outsiders WebQuest ”
Get custom paper
NEW! smart matching with writer

You will complete the following tasks:

1. What kind of music was popular during the 60s? List a few different genres. 2. What music artists were popular? What were the top songs/albums? http://oldfortyfives.

1. What were some popular dishes of the 1960s? List dishes for different occasions. http://www.foodtimeline.org/fooddecades.html#1960s

2. What were some fads and forms of entertainment during the time period? http://www.angelfire.com/retro2/nostalgiacafe/60sfads.html 3. Historical Events

3. What kind of impact do you think these events had on people during the time period?

4. How have things in society changed since the 1960s? Name at least 3 important changes.

1. Describe a ‘greaser’ by answering the questions below: a. Why were they called ‘greasers’? http://en.wikipedia.org/wiki/Greaser_(subculture) b. How did they dress?
c. How was their hair?
d. What was some ‘greaser’ slang? http://www.stonegreasers.com/greaser/ e. What are the differences between ‘socs’ and ‘greasers’? http://www.amal.k12.nf.ca/projects/grassroots/outsiders/outsiders/8-3/Social%20Classes/socialclasses_files/page0002.htm

IT’S ALL ABOUT ME, MYSELF AND I

In the novel, The Outsiders, Ponyboy expresses his feelings in a very poetic way. By doing this, Ponyboy is able to show the reader his true identity: an identity that completely contradicts the stereotype of what society deems to be a greaser. Your goal is to write a poem to express your own identity to show the reader that you are more than a student in a uniform. You will use the templates below to help you express yourself on paper. This will then go into your identity box. I Am

You will design and fill a shoebox that will be decorated with things that represent who you are. You can create any sort of decoration you wish. Some examples include: * Pictures of you, your friends, your family.

* Quotes that you really like, or that inspire you.

**Your box must include an autobiographical poem, which is a type of poetry that explains who you are.

** Your box must include a one-page summary that explains why you chose to decorate your box the way you did. + + +

CHELTENHAM LADIES AND THE CHAVS

It is one of the etymological questions of the age: from where, exactly, do we get the word chav? Now, at last, there is an answer.

Chav, as anyone not living on Mars for the last few months knows, is the buzzword of 2004 – a suitably monosyllabic noun or adjective designed to illuminate that which is most appalling in the young, designer-label-obsessed under-class of early 21st century Britain.

When you see a stunted teenager, apparently jobless, hanging around outside McDonald’s dressed in a Burberry baseball cap, Ben Sherman shirt, ultra-white Reebok trainers and dripping in bling (cheap, tasteless and usually gold-coloured jewellery), he will almost certainly be a chav. If he has difficulty framing the words “you gotta problem mate?” then he will definitely be a chav. Very short hair and souped-up Vauxhall Novas are chav, as is functional illiteracy, a burgeoning career in petty crime and the wearing of one’s mobile telephone around the neck.

Chavs are most at home in run-down, small-town shopping precincts, smoking and shouting at their mates. A teenage single mum chewing gum or drawing on a cigarette as she pushes her baby, Keanu, to McDonald’s to meet the chav she believes to be his father is a chavette.

So, who coined such a sneeringly useful term? Well, the pupils of Cheltenham Ladies College, apparently. Rumour in the town has it that chav is derived from Cheltenham Average, the name given by the young ladies to the less-eligible young men of the town. Rob Garnham, the mayor of Cheltenham, was less than pleased with the suggestion, pointing out that: “I am a Cheltenham Mr Average and I’m definitely not scum.” He went on: “As someone who speaks for the people of the town, I’m sure we feel insulted by the term. People should come and see Cheltenham and realise what it’s really like.”

Vicky Tuck, principal of the 150-year-old college, was appalled by the suggestion that her girls, schooled so tirelessly in the need to respect other less favoured members of society, could have come up with such a derogatory label: “It is offensive because it’s deprecating one group of people against another,” she said. “If we’re trying to stand for anything here it’s respecting all kinds of people living together in harmony. That’s what I spend my waking hours trying to do. Social mobility comes primarily through education not wealth, and if more people believe we are a more class-ridden society then that’s indicative, I think, of poverty of education.” Mrs Tuck believes chav derives from chavi, the 19th century Romany word for child. telegraph.co.uk

It is deeply offensive to a largely voiceless group and betrays a revealing level of class hatred It might be hard to say this without sounding priggish or being accused of being rather more politically correct than is healthy, but here goes … We have to stop using the word “chav”.

Would we get away with saying “faggot” on the BBC? No – there are very few circumstances where that would be acceptable. Would the Guardian print the word “pikey”? Well they have done five times this year (three times were earnest discussions about the word’s racism, and the other two were, well, a bit racist). Could we use the n-word in the Fabian Review? Well probably not, especially when making the point that there is rightly a hierarchy of offensiveness. Some uses of some words fall below the threshold of acceptability and some are definitely above it.

“Chav” is way above that threshold. It is deeply offensive to a largely voiceless group and – especially when used in normal middle-class conversation or on national TV – it betrays a deep and revealing level of class hatred.

The phenomenon of the word has grown over the last five years. Initially it was purely a term of abuse. You only have to visit the website chavscum.com to see this – have a look at it and be appalled (“Whatever you know them as, this site is about them,” it reads. “Britain’s peasant underclass that is taking over our towns and cities!”). But more recently it has become rather more insidious than that because it is so much more widely used. We have heard it increasingly used in conversation over the last year, invariably to casually describe people “not like us” and very often used by people who are otherwise rather progressive in their politics.

You cannot consider yourself of the left and use the word. It is sneering and patronising and – perhaps most dangerous – it is distancing, turning the “chav” into the kind of feral beast that exists only in tabloid headlines. It is worse than other forms of snobbery because it so clearly links poverty and being working class to criminality and fecklessness. The middle classes have always used language to distinguish themselves from those a few rungs below them on the ladder – we all know their old serviette/napkin, lounge/living room, settee/sofa tricks. But this is something new. This is middle class hatred of the white working class, pure and simple.

It is easy to dismiss this as “political correctness gone mad”. But the words we use matter. The common use of the word chav creates a sense that this type of discrimination and stereotyping is acceptable and legitimate. Let’s not replace the racist or bigoted language of the past with a new set of words that are just as hateful.

Many people use chav as a smokescreen for their hatred of the lower classes. That is a despicable subterfuge. It is not the gipsies that are the victims of the chav stereotype, but the useless youths who hang around with nothing to do. True, schoolchildren have adopted the label chav to identify their own tendency (in opposition to Goths and emo monsters). But that just makes them act up to their bad image. guardian.co.uk 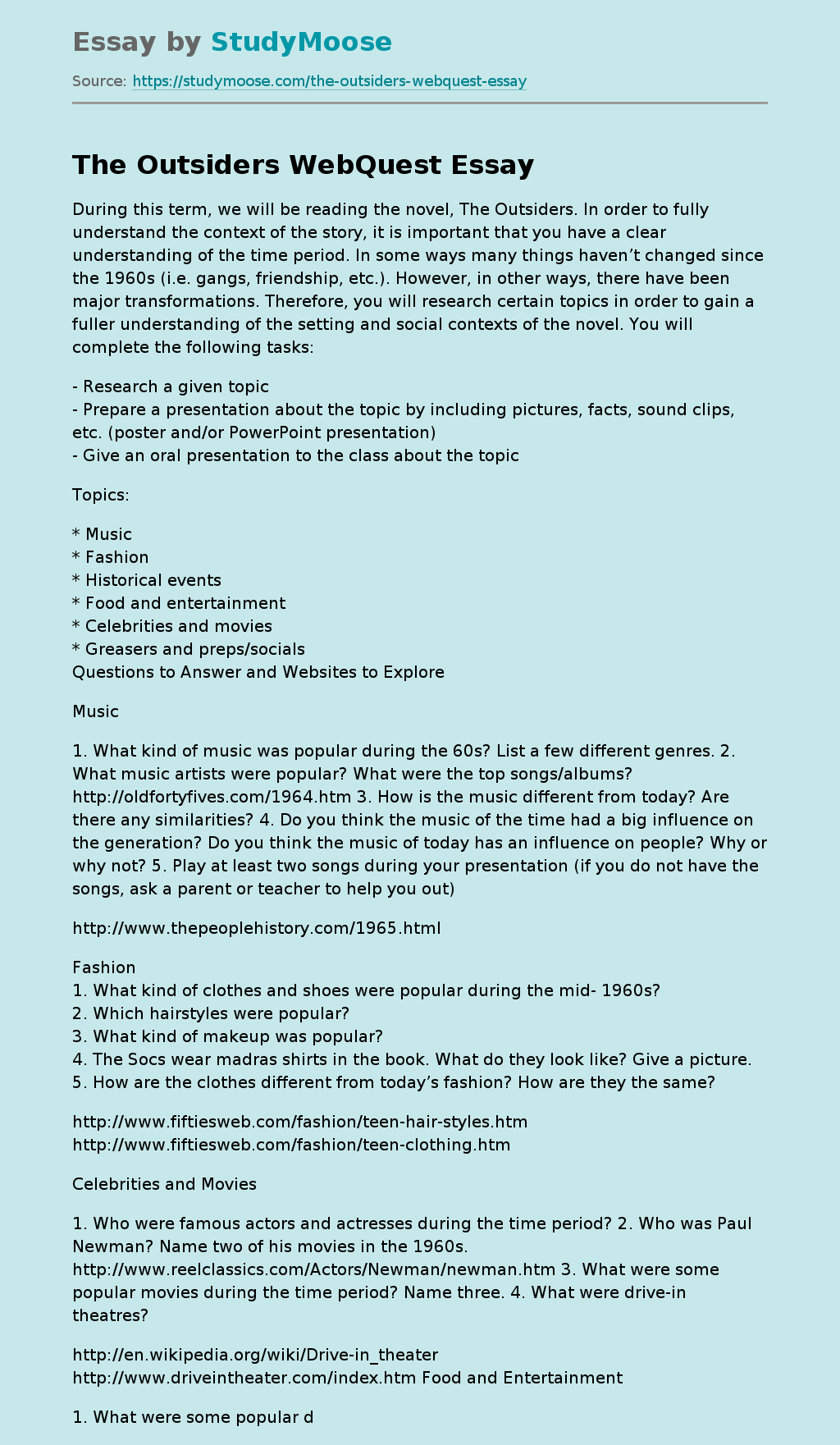