The Outcome of Change

An examination of the social message being portrayed in Wuthering Heights, written by Emily Bronte.

Wuthering Heights, written by Emily Bronte, can be classified as a Romantic novel, because it contains many tenets of Romanticism. Romanticism was the initial literary reaction to changes in society caused by the industrial revolution: it was an attempt to organize the chaos of the clash between the agrarian and the industrial ways of life. Romanticism was developing in a time in which all of society’s rules, limits, and restraints on how each person should act where being questioned, tried, and twisted.

Don't use plagiarized sources. Get your custom essay on
“ The Outcome of Change ”
Get custom paper
NEW! smart matching with writer

Wuthering Heights is a Romantic novel which uses a tale of hopeless love to describe the clash of two cultures Neo-Classicism and Romanticism. One of the most significant tenets of Romanticism is the love of the past. The first instance in which the reader finds an intimate love of the past is when Nelly remarks how she wished Heathcliff had never been introduced to the family, because his presence at Wuthering Heights upsets the established order: “he bred dad feeling” (42).

Another instance is when Heathcliff realizes that his one love, Catherine, has fallen in love with Edgar. He shows love of the past by pointing out to her how little time she has spent with him compared to the time she spends with Edgar. After Catherine’s death, both Heathcliff and Edgar wish her back even if they must return to fighting each other for her love. The Romantics had a love of the past, because it is stable and predictable: all possible scenarios have already happened.

The Outcome of Change. (2020, Jun 02). Retrieved from http://studymoose.com/the-outcome-of-change-new-essay 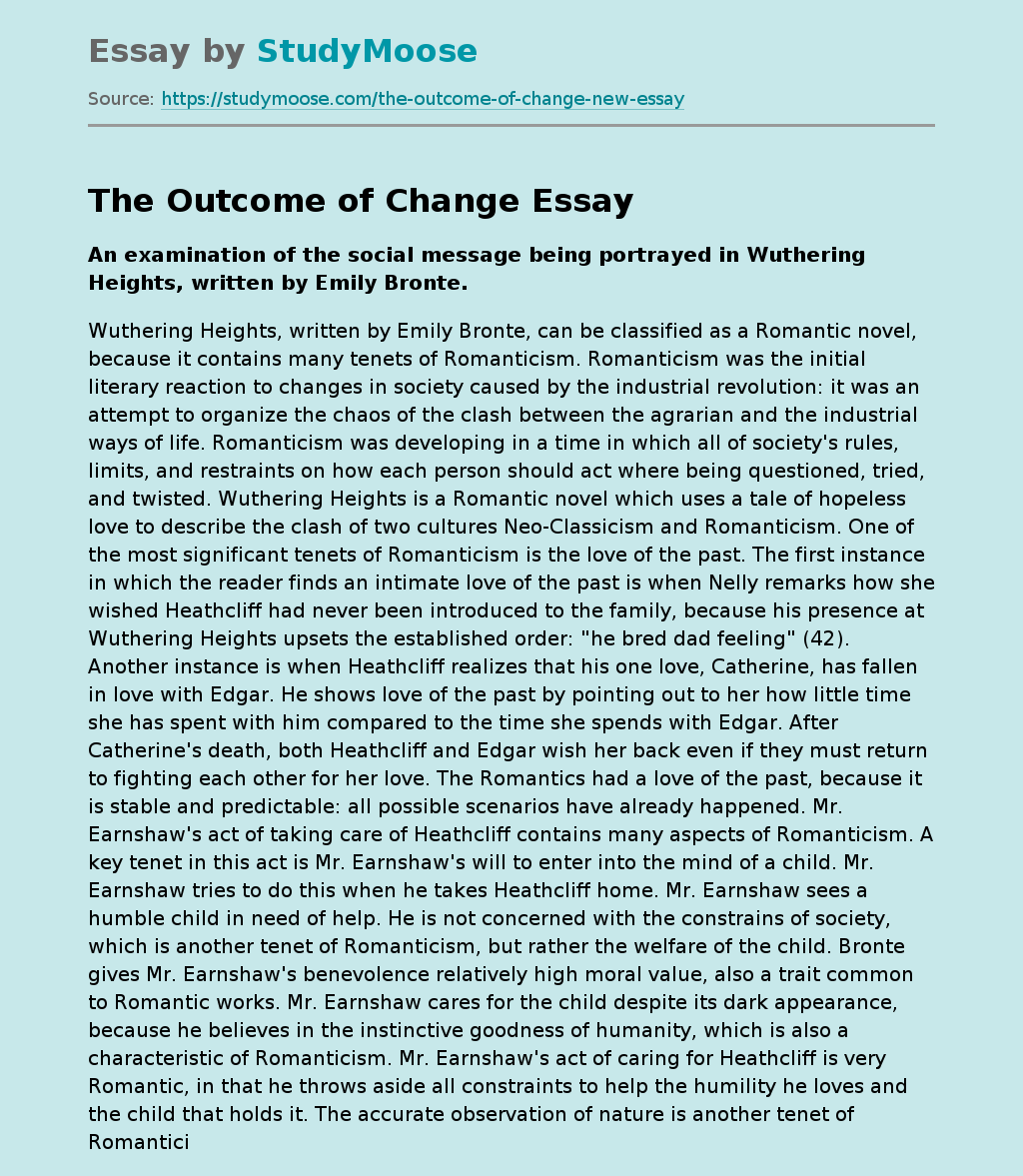