Don't use plagiarized sources. Get your custom essay on
“ The movie the boat that rocked was released 1 April 2009 and ”
Get custom paper
NEW! smart matching with writer

The film cost Ј30 mill to produce, but only took Ј6.1 mill in the U.K. in its first 12 weeks of release, with film critics complaining the film was too long. Total earnings in UK $10 mill approximately with total earnings of $28 mill (Naamah Hill, 2014). The boat that rocked is a movie set in the 60s about a group of radio disc jockeys that were passionate about rock n roll. They worked on a radio station that was adored for playing rock n roll music and their outspoken and outrageous personalities.

The Boat That Rocked is Curtis’s first non- romantic comedy, inspired by his own childhood memories of listening secretly on his transistor radio to the broadcasts of pirate stations such as Radio Caroline, anchored just outside British territorial waters before it was shut down by the Marine Broadcasting Offences Act of 1967 (Naamah Hill, 2014). The Disc Jockeys were wild, fun, loud, charismatic, and rebellious in their own different unique styles when hosting their individual shows. These Disc jockeys met their worst nightmare when they were informed that there would be a ban on their shows, as the radio station manager were being forced to by the law because their music and commentary was uncensored when hosting their shows and the radio stations license was on the verge of being revoked. 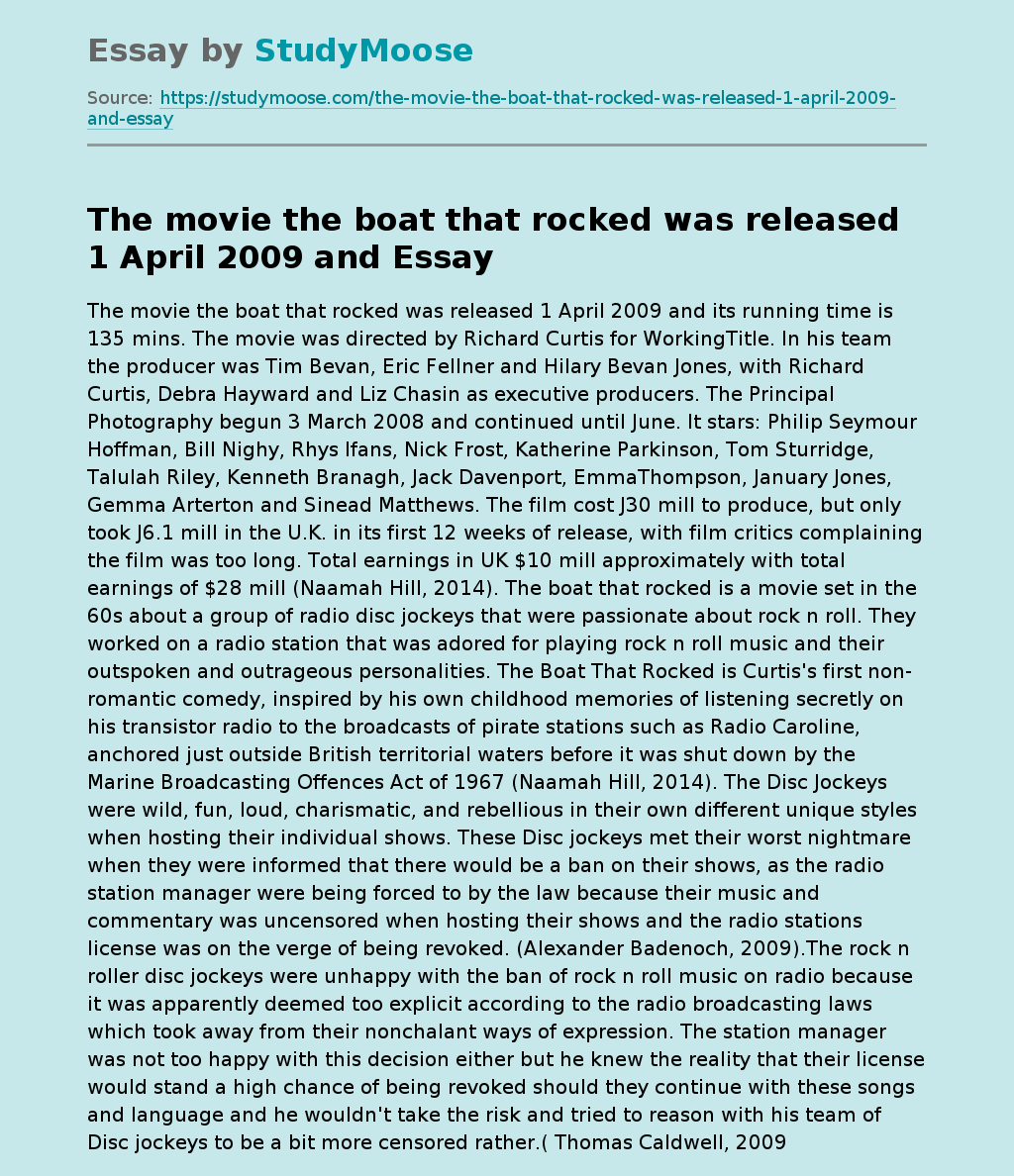