Memory is a process of storing and retrieving information and experiences. Information received makes its way into our memory through our senses. The first step in restoring memory is our senses, if our senses are not working properly then there is no way we can form a memory. The memory is processed by several systems throughout the brain and stored for later use. For our memory to work correctly, the information has to be correctly through the senses. Memory is stored according to many themes.

Don't use plagiarized sources. Get your custom essay on
“ The Memory Process ”
Get custom paper
NEW! smart matching with writer

Memory is stored according to time, category, and function. There are several different levels of memory which represents individual systems within the brain (Kohn & Mason, 2001).

This represents the brief storage of all verbal material, and is used in language processing, rehearsal, verbal problem-solving, and arithmetic. The visuospatial sketchpad helps us retain visual images and spatial information. The central executive focuses or distributes the attention to all the multiple tasks. When we try to do two things at one time this is because of the ability to focus full attention on each of the tasks. Another role of central executive is to be a manager between the two memory stores. The executive coordinates the information stored in the buffers and helps in problem-solving and planning.

I took two different kinds of a short-term memory test. The first short-term test was a picture test 20 objects were shown on the computer screen for 30 seconds. After 30 seconds, I was asked to write down all of the items that I remembered. After writing down what I remembered, I was instructed to go to another screen to show the objects again. Out of the 20 objects I only remembered five objects. The second short-term memory test I took consisted of numbers. I was shown a series of numbers and given 10 seconds to study the numbers. Once the 10 seconds are up I am instructed to type in the numbers, I observed. I scored high on this test. 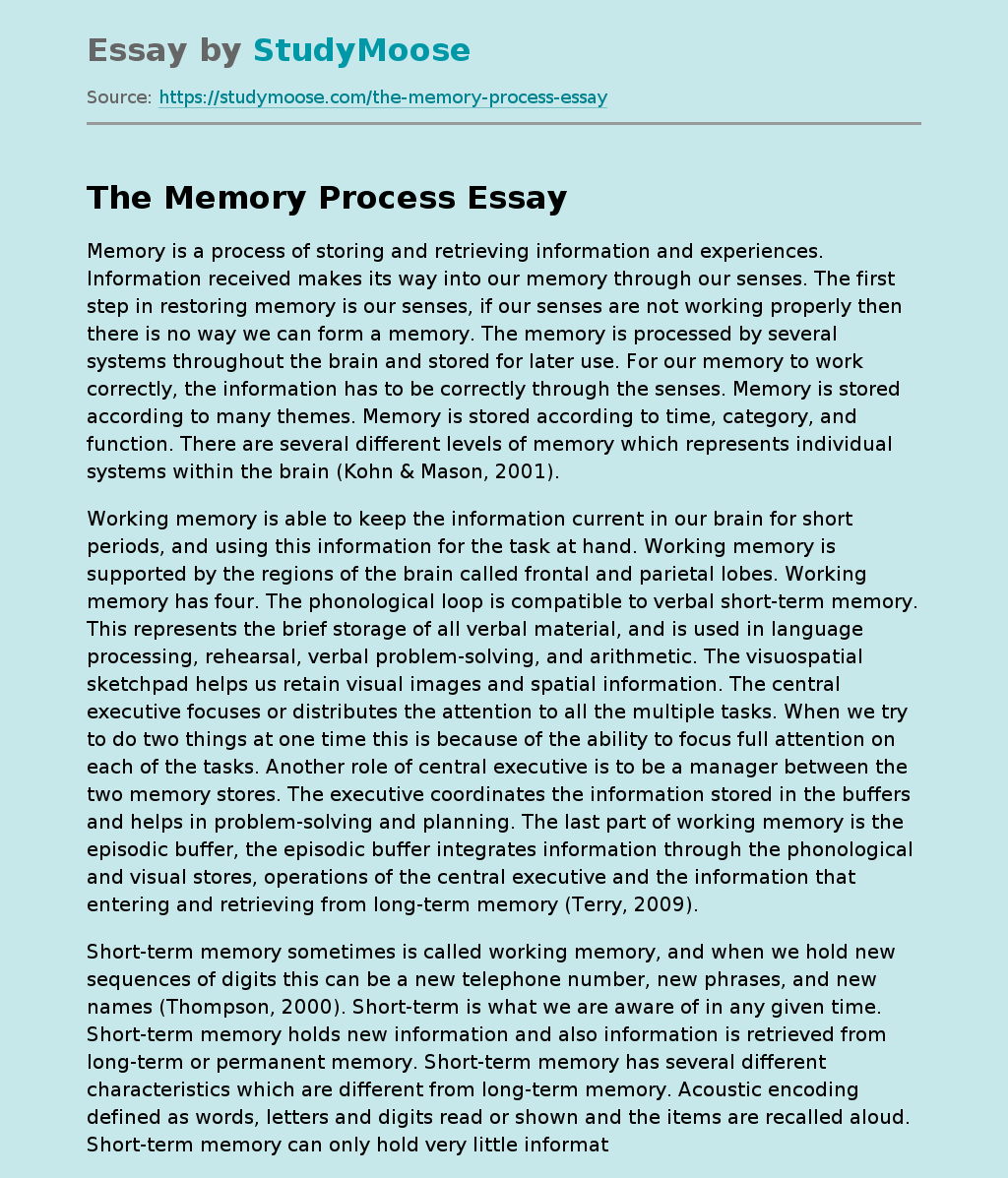