Once upon a time not so long, long ago there was a small town named Appleton. In this small countryside town there lived many people. There were charming maidens, wicked convicts, endearing princes and vile villains.

They all lived together the best they could not without the occasional problems that you would expect from such a diverse group of neighbors. A rather large problem arised and they all slowly started noticing, it was the disappearance of one of their friends every year at the crack of dawn of the last week of August.

Don't use plagiarized sources. Get your custom essay on
“ The Invisible Man ”
Get custom paper
NEW! smart matching with writer

“They were taken by the ghastly wolves out on Cripples Creek!” exclaimed the shopkeeper.

“They ran away to the Sourwood Mountain community with old Mr. Gwanckedly!”proposed the cook.

“NO! Listen to me people, haven’t you noticed all of the teenagers that have been taken have been turned into fairy tales! Yelled a voice in the crowd holding a hardcover copy of jack in the beanstalk and in the other hand holding a paperback book of the sleeping beauty.

Out of the crowd walked front a beautiful young lady ,her name was Amelia.

Amelia was well known in the community of Appleton for her good character and helpfulness. Her best friend was another story though her name was Aquila. She was known around town for her wicked grin and nasty black cat. Her parents were Maleficent and Jafar ,but sadly they perished in a fire which both burned down their family mansion and was the reason for their death.

This accident left Aquila with nothing more than a couple raggedy sweaters and an old telescope not to mention thousands of dollars in stolen jewelry after all her parents were famous villains. On the flipside Amelia Le Fay, Her Parents, and her puppy Charlie lived modestly in a small cozy cottage in the edge of town.

In the middle of town square stood Amelia with all eyes on her, the townspeople were astonished by this accusation ,even her parents!

“Tonight is in theory the night of the taken, Therefore tonight I will do everything in my power to be the next taken and bring back the others!” claimed Amelia Le Fay.

That night she packed her bags and wished on her lucky rose, she softly fell into a peaceful sleep which was soon interrupted at the crack of dawn by a somewhat familiar whisper,

“Come on now Amelia, or you will never know the secrets of our school!” whispered a raspy low voice.

“Get dressed and HURRY it will be a long trip!” demanded a more quiet and feminine voice

Amelia finally sat up and looked at the faces it was Oochigeaskw and the Invisible Man. This was so shocking to her that she delayed her getting ready so she could ask them questions.

“Oh my gosh! How did you guys find me! Where are we going? What should I wear?!” rambled Amelia

They hopped out the back bedroom window and off into the night. They traveled long distances by hiking up mountains, walking along the countryside, and even swimming across rivers. When they appeared out of the dense brush they knew they made it to their final destination of North Ridge High also known as the School for Good and Evil.

It was architecture you couldn’t miss with two large distinctive towers, One which was tall and narrow topped with a quartz roof and the base of the tower painted pastel purple with horse drawn carriages coming in and out of the building.

About a kilometer away was the other tower which was short and plump, colored a dark grey with a thundercloud overhead and bats coming from many windows. Amelia, Oochigeaskw, and The Invisible Man were directed to the center bridge for directions to their towers. As they walked up into the admissions booth The invisible man had an idea,

“Guys why don’t we just go around back and sneak in and find our friends!”

The group slipped away from the crowd and along the west side of the good tower.

“Over here it’s an open door to get inside!” muttered Oochigeaskw.

They all clustered around the door and tiptoed into the hallway connected to the door. They glanced at the crowd of students walking around the halls and realized,

“Look over there!” pointing Oochigeaskw “There is Aurora from Sleeping Beauty, Mike and Sully from Monsters University, Oh and Rapunzel from Tangled!”

“I think I just overheard someone talking about Bob from Despicable Me!” whispered Amelia “I think he is in the bad tower?!”

“We have to tell them what is really going on to their stories in the outside world! We also need to convince them to come back to Appleton!” declared The Invisible Man.

After many long conversations with the students coming from the good tower the trio finally convinced them all to come back to Appleton. They all conferred to came up with solid plan. First the students would sneak out of the dorms, Then they would go to the nearby pond where they will convince Yeh-Shen to join and release Aschenputtel from the “off-brand cinderella cabin”.

After they would release Dinorella from the smaller “Mythical and Magical Animal” Tower where her two stepsisters locked her up at. At last they would rescue bob then go home to Appleton.

They all went to bed and got ready to execute the plan. At 3:30am sharp Oochigeaskw, Amelia, and The Invisible Man were awakened by the group of the soon to be free students. Which you can imagine was very hard for sleeping beauty to wake up that early.

As the plan goes they first convinced Yeh-Shen which did NOT want to leave her fish bones, Afterwards they added another to their group by rescuing Aschenputtel from her cabin. A perfectly finished almost all of their plans ,but had one step left, getting home.

The journey home took many hours longer than the previous trip. Some of the reasons that slowed them down was for example, Dinorella complaining about not being able to clap, Or Aschenputtel cleaning EVERYTHING by habit, and Mike and Sully trying to scare everyone.

When they finally arrived home it was definitely not what they expected, everyone thought it would be an amazing celebration ,but it was anything except that.

There were flags burning, citizens running for cover, and mass destruction. As they walked up the cobblestone sidewalk they noticed something very odd, an enormous sculpture of Aquila (Amelia’s evil-best friend). When they walked up to Aquila’s black throne and tried to talk to her she said

“I am not leaving my throne you hear me! This is my town! My town of DEVILS RUN!!! MUHAHAHA!!!”

“Oh don’t you even START honey buns, You better leave now or you best believe we will make you!” Exclaimed Aurora.

Long story short Mike and Sully scared Aquila and Rapunzel hit her with a frying pan and like any normal person Aquila ran away and was never seen again.

As for the town how Appleton all of the escapees returned home safely to their families and those who don’t have families made many small communities will others like them for example Mike and Sully reopened Oozma Kappa and invited many of the minions, Dinorella and Aschenputtel opened a cinderella fan club, and Yeh-Shen built a little house on the pond with all her fishy friends.

As for Bob the minion he moved back in with Gru. Dinorella also made a club known as the Amazing Reptiles Club with Rapunzels chameleon Pascal. Everything went amazing and they all lived happily ever after! 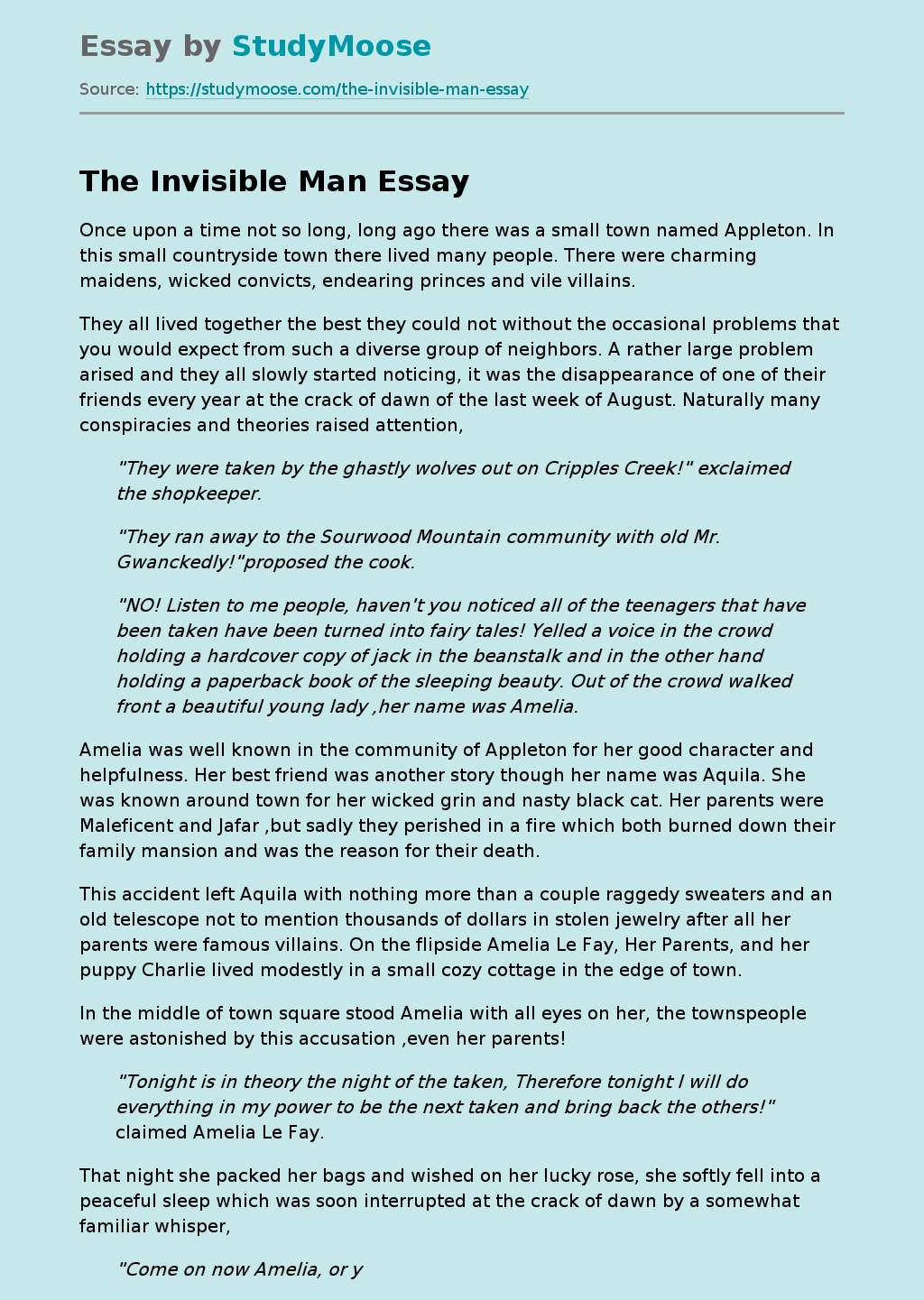