Background of the Invention : When hearing the word “robot”, most of us may think of the giant industrial robot arms . They can precisely install the components at a very high speed, or handle many complex, even dangerous tasks . Robots are awesome, and wouldn’t it be nice if everybody who wants a robot arm can actually afford one? After all, $ 50 ,000 is kind of a lot of money . This is when we, the UFactory come in . UFactory stands for “Your Factory” .

Don't use plagiarized sources. Get your custom essay on
“ The Inventions’ Features ”
Get custom paper
NEW! smart matching with writer

We build various robotics products to make robots more accessible for everyone!

Special Features of the Robot :

Background of the invention: Lynx combines the latest advancements in robotic technology with the ever – expanding skills of Amazon Alexa to bring you the smart home companion of the future.

Special Features of the Robot:

Background of the Invention: Victor

Scheinman invented Stanford Arm in 1969 for making the jobs of people easily but later it was developed in 1973 for more purposes like bringing materials in places, typing in computer, holding materials and a lot more. It was said that it was like a “”3rd Arm”” that people can rely on when things aren’t that handy anymore.

Background of the invention: Robots that can take care of an entire rice field, go underwater to provide a view of the reefs and prevent ships from running aground. Special features These robots, which were showcased during the finals of the 12th Philippine Robotics Olympiad, are all made by high school and elementary students in the Philippines. The Dr. Yangas Colleges Inc.

(DYCI) high school team, which created an entire set of robots aimed at taking care of the Banaue Rice Terraces, won first place and is set to defend its championship in the 2013 World Robotics Olympiad in Jakarta, Indonesia on November 15.

Essay on Camera • Essay about Automation 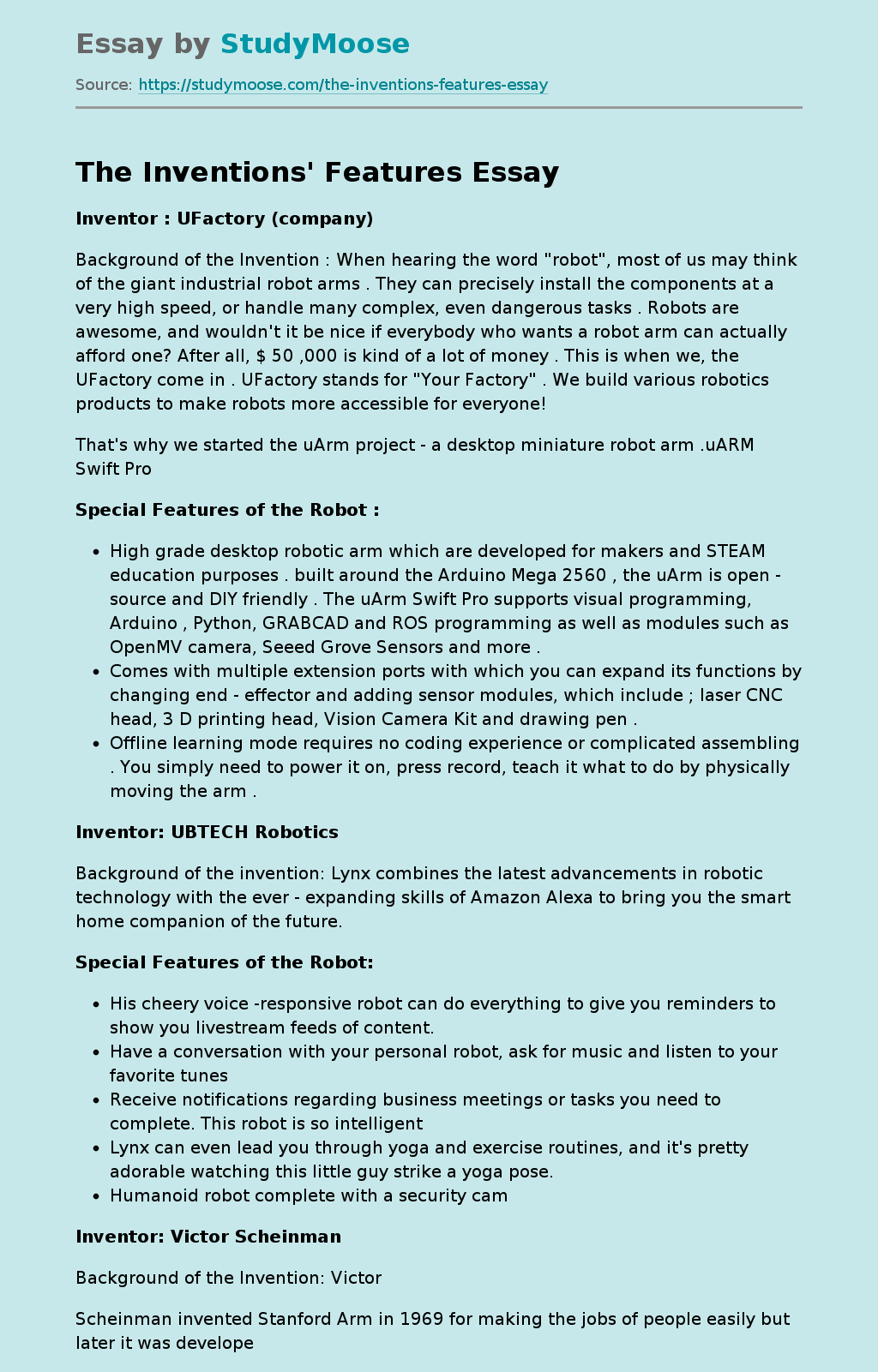