One may ask whether or not the scriptwriters or directors of the movies to be mentioned in this paper were able to actually read the Divine comedy; or perhaps the depiction of Heaven, hell, and the purgatory made my Dante was simply so vivid that it has become a staple of the mainstream literary views (in all its modes). Let us begin with the scenery comparison of Heaven and hell as depicted in the “What Dreams May Come” (1998) and that of Dante’s Hell and Paradise.

Don't use plagiarized sources. Get your custom essay on
“ The Divine Comedy ”
Get custom paper
NEW! smart matching with writer

The protagonist of the film named Chris awoke in a garden called Summerland, which if we would view using Dante’s paradise is quite similar to the Garden of Eden portrayed in the book. In travelling to hell in order to rescue his wife, he was accompanied by a guardian angel (similar to Virgil in a loose kind of way). The parallelism is heightened when we see that the hell in the film reflects the same coldness, and eerie feeling as that of Dante’s Inferno.

In terms of storyline, we ought to refer to the film entitled the Purgatory (1999), the setting is different in a sense that it was set in Wild West, and the place of judgment is a town.

Those who are yet to gain entry in heaven are sent to the said town to repent their sins by changing the way they lived. They are to resist temptations as well as go to church to repent, or perhaps it was to reflect on their sins.

This is similar to how Dante portrayed the souls in his purgatory. In a way that, both depictions showed experience of toiling to make amends for one’s sins, waiting for judgment to come, and the fulfillment of one’s punishment for his shortcomings in his lifetime in order to be allowed passage into paradise.

Lastly, the eternal suffering of the condemned in hell is a theme of Dante’s Inferno that can be seen in the comedy Little Nicky (2000), wherein one’s sins receives the tantamount turmoil in hell. We could also take reference to the angels in the said film that implied the dominance of femininity in the gates of heaven like that of Dante’s Paradise i. e. Beatrice et al. 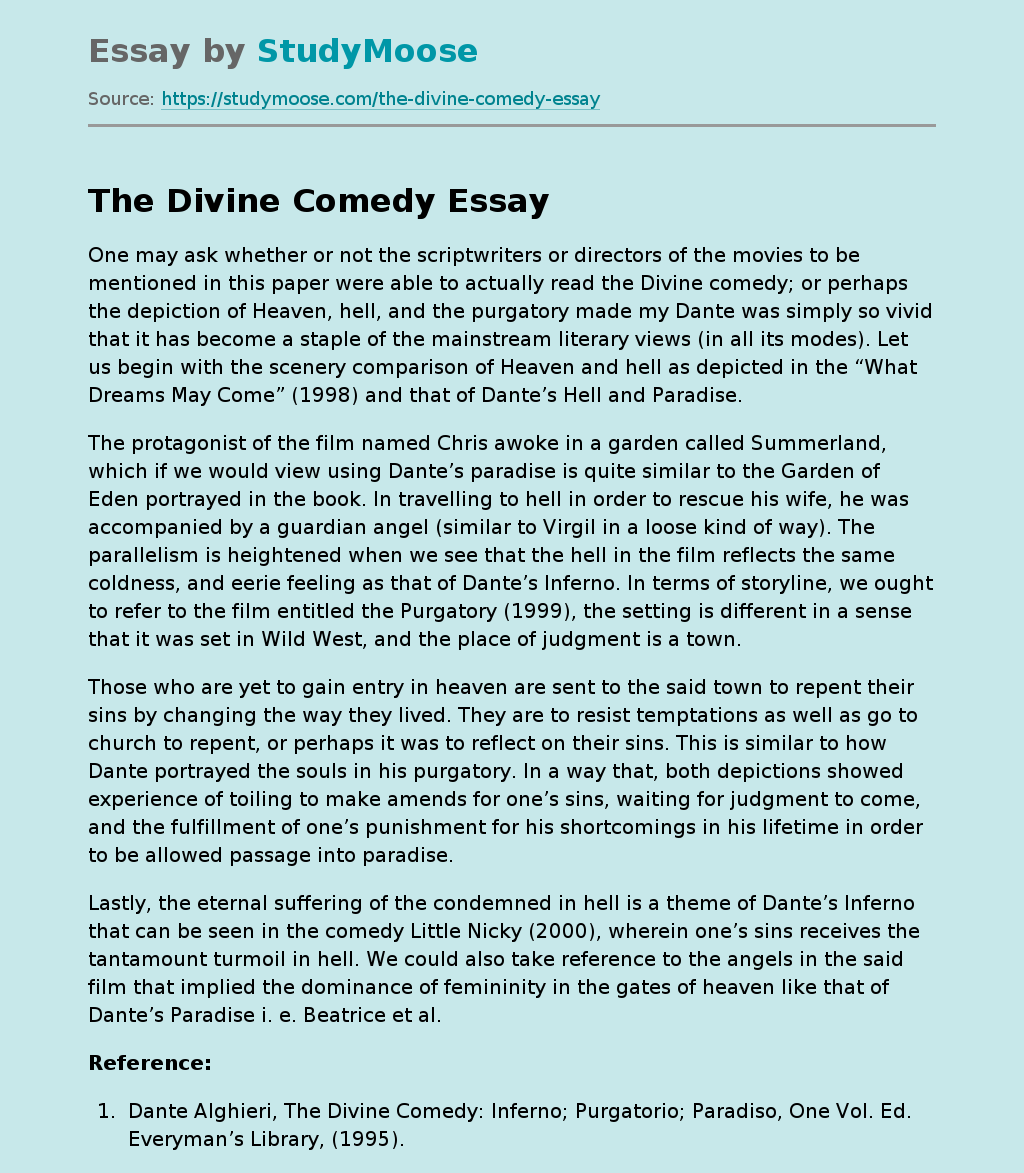