The activities and funding of CARP are divided, fairly evenly, between the two main areas of land acquisition and distribution (LAD) and program beneficiaries development (PBD). PBD provides support services to agrarian reform beneficiaries (ARBs) that have titles as a result of the CARP.

Overall accomplishments in LAD, in terms of land area transferred to ARBs, have slowed down in recent years. This has been due the the fact that CARP has entered the difficult phase of acquiring and distributing private agricultural lands, and is encountering resistance from landowners, who say that valuation of their properties in unacceptably low, thus giving rise to a variety of legal cases; the expiry of the 10-year deferment of coverage of commercial farms in 1998 beget other legal problems.

While LAD has slowed down, the CARP Implementing Agencies have sustained the momentum of agrarian reform in the area of support to beneficiaries or PBD activities. However, the requirements for funding and institutional strengthening are very large, and by the end of 1998. only 10% of ARBs had directly received government support services.

There is thus a pressing need both to accelerate the scope of support services to ARB, and to broaden the benefits to support to non-ARBs if CARP is to the problem of rural poverty.

DAR’s goal by the end of year 2004 is to have provided some kind of assistance to at least three-quarters of all ARBs, and a minimum standard of services to non-ARBs living in ARCs where there is a critical mass of ARBs. This is referred to as the ‘expanded ARC concept.

DAR initiated the strategy of focusing development funds and efforts within the framework of an ARC in 1993, since when it has become well established as the principal strategy for achieving PBD. 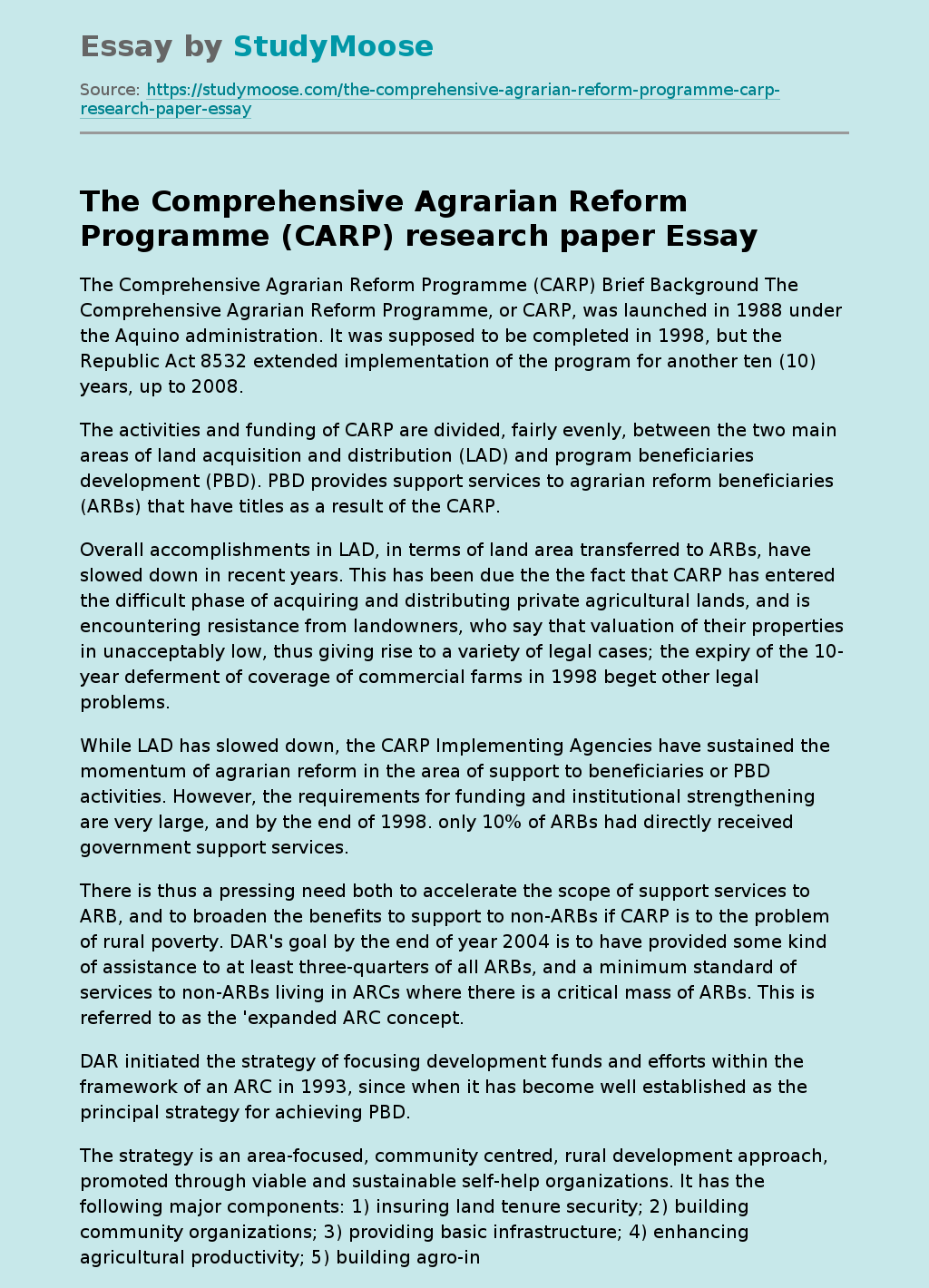