I believe that the authors of this article mean by “dream divide” is that the distribution of income and wealth in the United States have become more unequal, which make those living in poverty have an even smaller chance of reaching their American Dream. There are many reasons why the poor people have such a hard time getting out of this situation.

The first reason is the “Temporary Aid to Needy Families (TANF) focus on moving people from “welfare to work” has led to a major decline in the numbers of households receiving benefits and a huge drop in fund assistance to the poor.

Don't use plagiarized sources. Get your custom essay on
“ The Compassion Gap in American Poverty Policy ”
Get custom paper
NEW! smart matching with writer

The second reason is that the TANF program reaches too few people among those that are eligible for the program. This make the poor have even further chance of reaching their American Dream.

The third reason is the price increase in housing, high quality child care, higher education, and health insurance. The poor will most likely not able to afford to have these services because of the shortage of the money.

The fourth reason is that the subsidized housing is given to 25 percent of those who need it and the current budget proposal would cut a lot of funding for this program. As a result, more poor people will have no place to live because of the effect of the budget cut.

The fifth reason is that many of the households did not receive the Earned Income Tax Credit (EITC), due to the fact that they don’t have a person in their households that are able to earn several thousands of dollars per year.

The factors that can cause this are: lack of child care, unemployment, illness, and an improper between job demands and available skills. The last reason is that the minimum wage doesn’t increase with the rise of the inflation. The poor will have a hard time to find the sufficient income to pay bills because they do not have enough money to pay them. 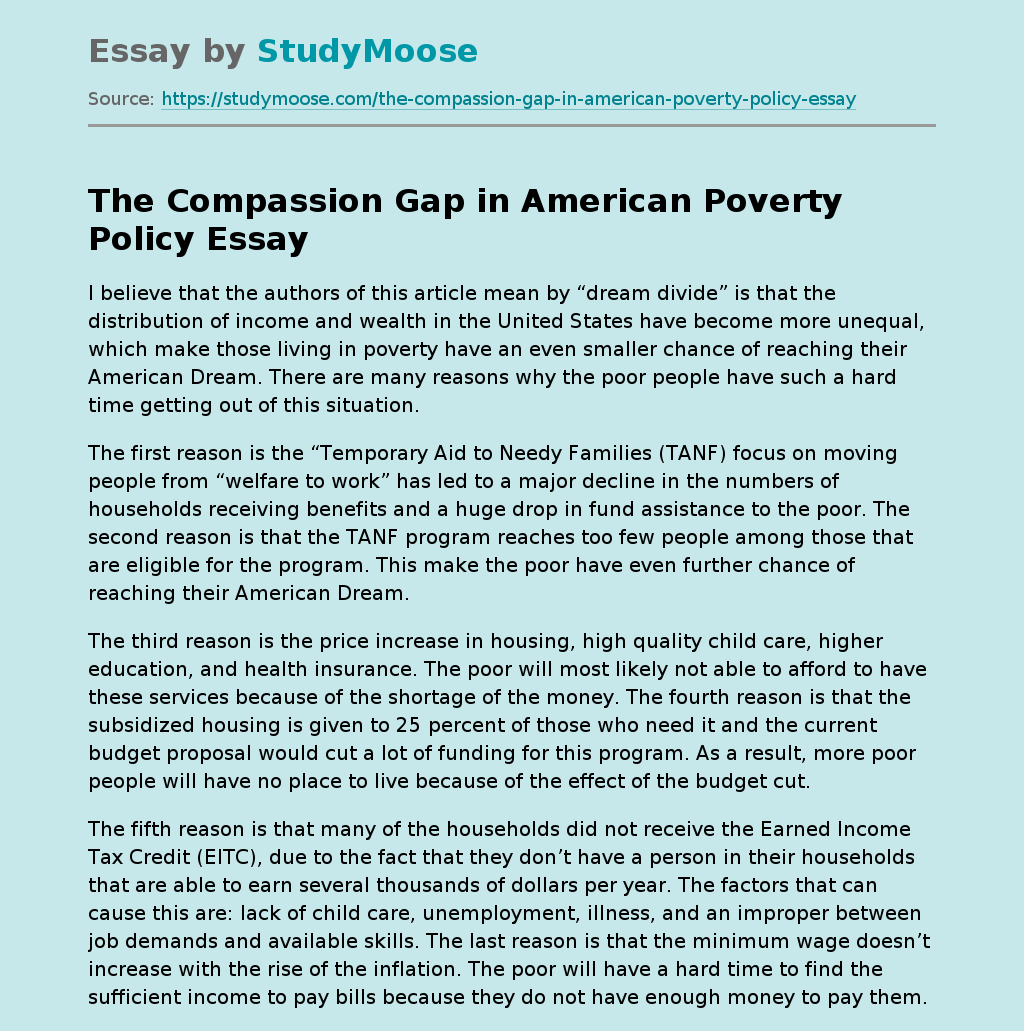