Don't use plagiarized sources. Get your custom essay on
“ The Coca-Cola Company ”
Get custom paper
NEW! smart matching with writer

It also provides flavoring ingredients, sweeteners, beverage ingredients, and fountain syrups, as well as powders for purified water products. In addition, the company licenses its technologies to suppliers and third parties. The company is currently employing 130,600 full time employees and is considered being the world leader in the beverage industry. Financial Review of the company:

The Coca-Cola Company. (2016, May 09). Retrieved from https://studymoose.com/the-coca-cola-company-essay 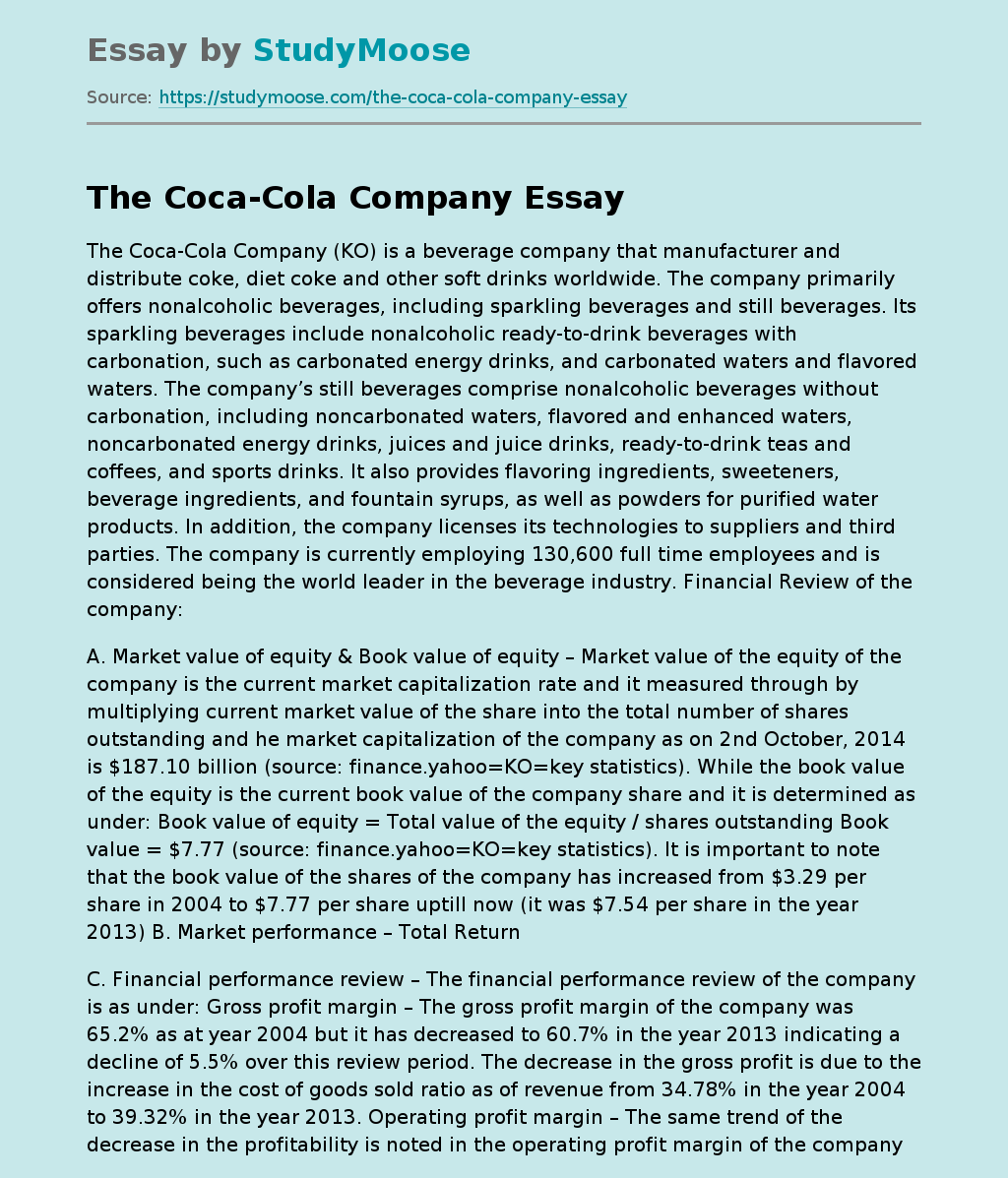