A review of “The Canterbury Tales”, focusing on the characters as a microcosm of 14th century English society.
Don't use plagiarized sources. Get your custom essay on
“ Write An Essay On Chaucer’s Microcosm In The Prologue To The Canterbury Tales ”
Get custom paper
NEW! smart matching with writer

The Canterbury Tales The Canterbury Tales is a collection of stories set within a framing story of a pilgrimage to Canterbury Cathedral, the shrine of Saint Thomas a Becket. The poet joins a band of pilgrims, vividly described in the General Prologue, who assemble at the Tabard Inn outside London for the journey to Canterbury. Ranging in status from a Knight to a humble Plowman, they are a microcosm of 14th- century English society. The Host proposes a storytelling contest to pass the time; each of the 30 or so pilgrims (the exact number is unclear) is to tell four tales on the round trip. Chaucer completed less than a quarter of this plan. The work contains 22 verse tales (two unfinished) and two long prose tales; a few are thought to be pieces written earlier by Chaucer. The Canterbury Tales, composed of more than 18,000 lines of poetry, is made up of separate blocks of one or more tales with links introducing and joining stories within a block.

The tales represent nearly every variety of medieval story at its best. The special genius of Chaucer’s work, however, lies in the dramatic interaction between the tales and the framing story. After the Knight’s courtly and philosophical romance about noble love, the Miller interrupts with a deliciously bawdy story of seduction aimed at the Reeve (an officer or steward of a manor); the Reeve takes revenge with a tale about the seduction of a miller’s wife and daughter.

Write An Essay On Chaucer's Microcosm In The Prologue To The Canterbury Tales. (2020, Jun 02). Retrieved from http://studymoose.com/the-canterbury-tales-2-new-essay 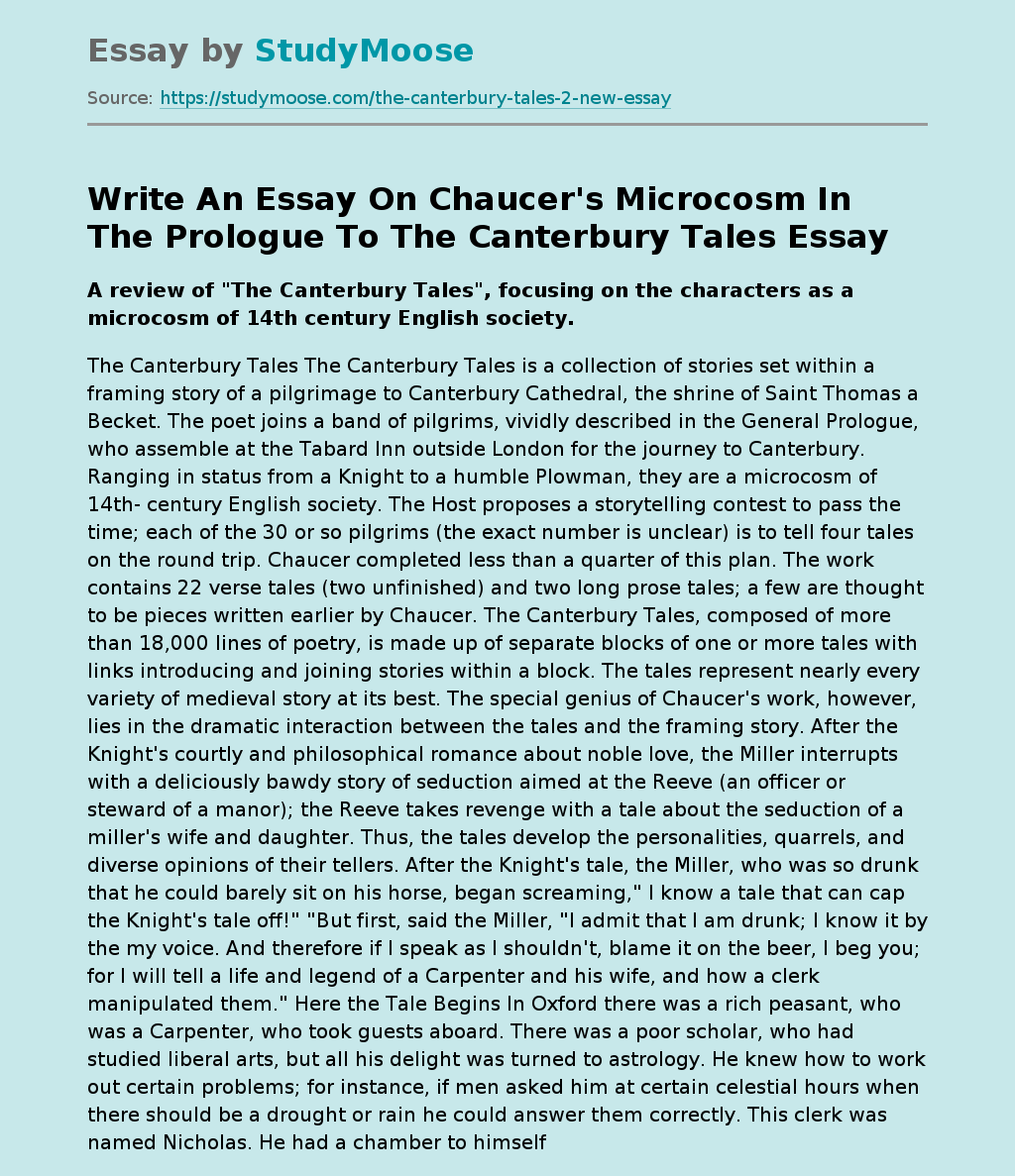