Cyril Lionel Robert James also knows as C. L. R. James was an Afro-Trinidadian historical writer who was captivated in interpreting histories specially Haitian’s and Haiti revolution happened in the last decade of the eighteenth century up to the early nineteenth century.  Thus, he wrote the book ‘The Black Jacobins’ in 1938.

The book entailed factual accounts of the said chronicle and included his interpretations of the events.  Fascinated by the topic of Marxism, James sensationalized the working class movement of the Blacks in the French colonized Haiti which then occupied most episodes of the Black working class revolution.

Just to note, Haiti was Saint-Dominique then or San Domingo.  It was only after the revolt that it became Haiti.

One of James subject matter has focused at Francois-Dominique Toussaint L’Ouverature, the most significant person in Haiti revolution.  He believed that by his acts of merely focusing to the individual rather than the history itself or the chronological presentation of the accounts, he will gain much more essence and will definitely pushed away from the communism part of it.

He might be correct in his decision that through this style, his book could neither be viewed as having a biased notion of Marxism and Stalinism nor communism as he ironically was a believer and a fan of this principle.  However, different analysis of this book has transcended and that somehow reflected James’ concept.

Black slavery began to falter in Haiti.  At the same time, Black working class union began arising.  The idea was not just to stop the slavery as they are now treated as working class.

However, the Black Jacobins wanted to have a fair and equal treatment as well as a good quality of work, compensation, benefits and perhaps lifestyle.

C. L. R. James made an argument that the revolt was a specific error, a total miscalculation of the constituent event, rather than just a moral weakness of Toussaint L’ouverature.  In this principle, James wanted to emphasize that due to the government’s lack of interest with the capitalist and land owners which are mostly Europeans, the necessitate to brought out series of Black Jacobins movement was a very crucial decision.

Napoleon Bonaparte in Paris then decided to re-establish the Black slavery in Haiti.  However, this time it was under military intervention.  This event followed Toussaint’s captivity although the Haiti revolution itself was seen as the most successful Black revolution in the history. 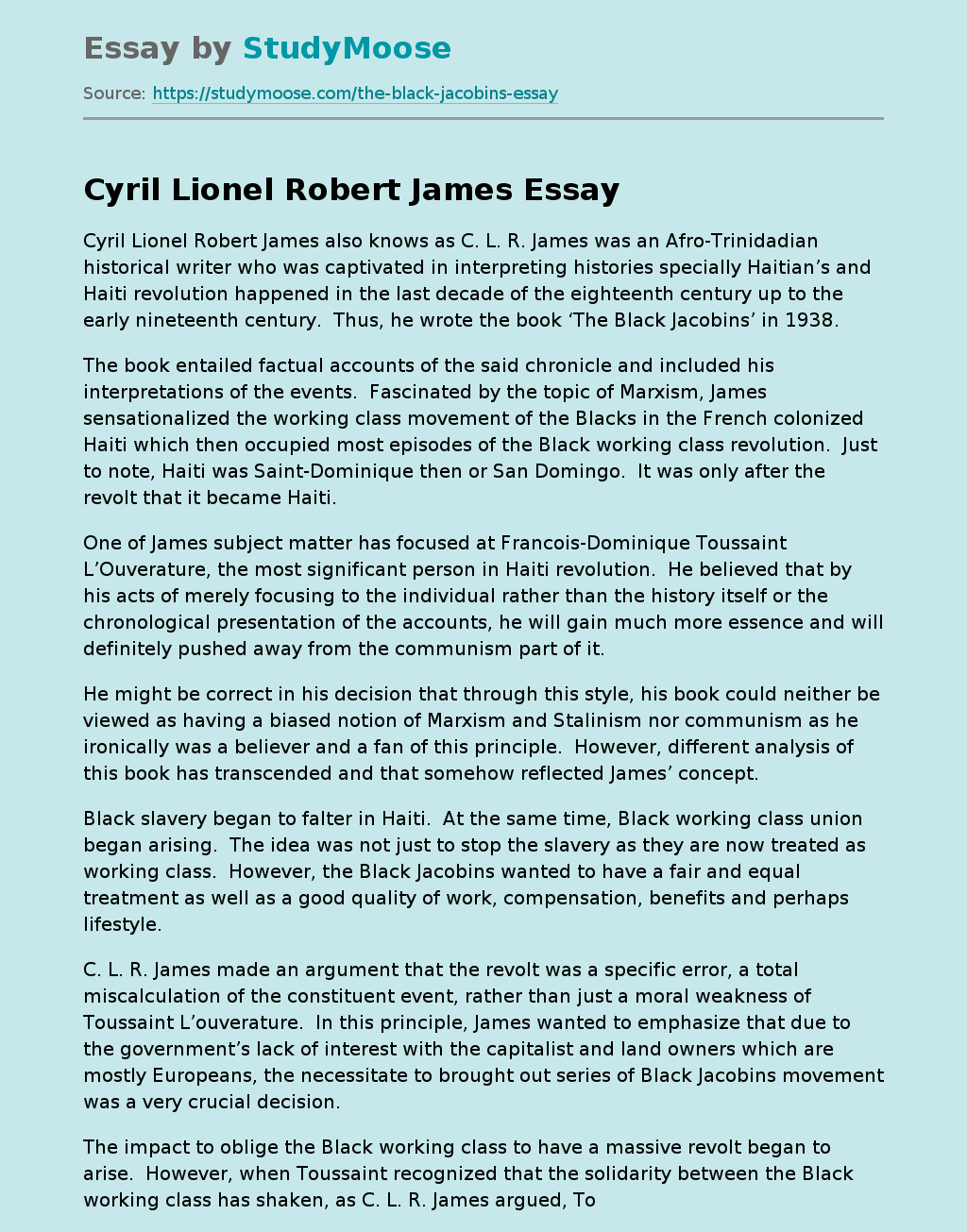