The Asiatic Cheetah, or the Acinonyx Jubatus Venaticus, is a mammal under the Felidae family. They are carnivores nearing extinction. They inhabited South and Central Asia and even India, but now are restricted to Iran. Peter Zahler, the assistant director of the Asia Program at WCS (Wildlife Conservation Society), concluded that only fifty to sixty mature Asiatic cheetahs are left to roam around in the Dasht-e Kavir region of Iran.

The main reasons that the Cheetahs are now part of the endangered species is due to the fact that there is excessive hunting and a declination of their habitat.

Don't use plagiarized sources. Get your custom essay on
“ The Asiatic Cheetah ”
Get custom paper
NEW! smart matching with writer

As wild sheeps, goats, and gazelles are being overhunted, these cheetahs are unable to live in the same habitat as these animals are their main source of food. Also, human settlement in the semi-arid foothills have taken over the cheetahs’ living spaces. And as humans settle, they are bound to start an agricultural life, causing soil to erode and livestock to overgraze the region that the cheetahs’ preys would eat.

And as people fear or find cheetahs to be a threat to their agriculture, they simply hunt these precious animals. Now there are factors to save this species, and Zahler says how, “the two things you need to do is control poaching both of cheetahs and the prey. I think the cheetah poaching has been fairly well controlled, and it’s a question of bringing prey numbers back to levels that can really support a bigger population of cheetahs.

It’s obvious. Scientists know the reason why these animals are going extinct, and so it is through simple analyzing that humans can inquire the obvious, and that is to do exactly the opposite of what makes these animals go extinct. If they are suffering from the lack of food, and humans are the reasons for why this “food” is disappearing, then it’s through basic analysis that humans should stop killing their food to support their growth in numbers. 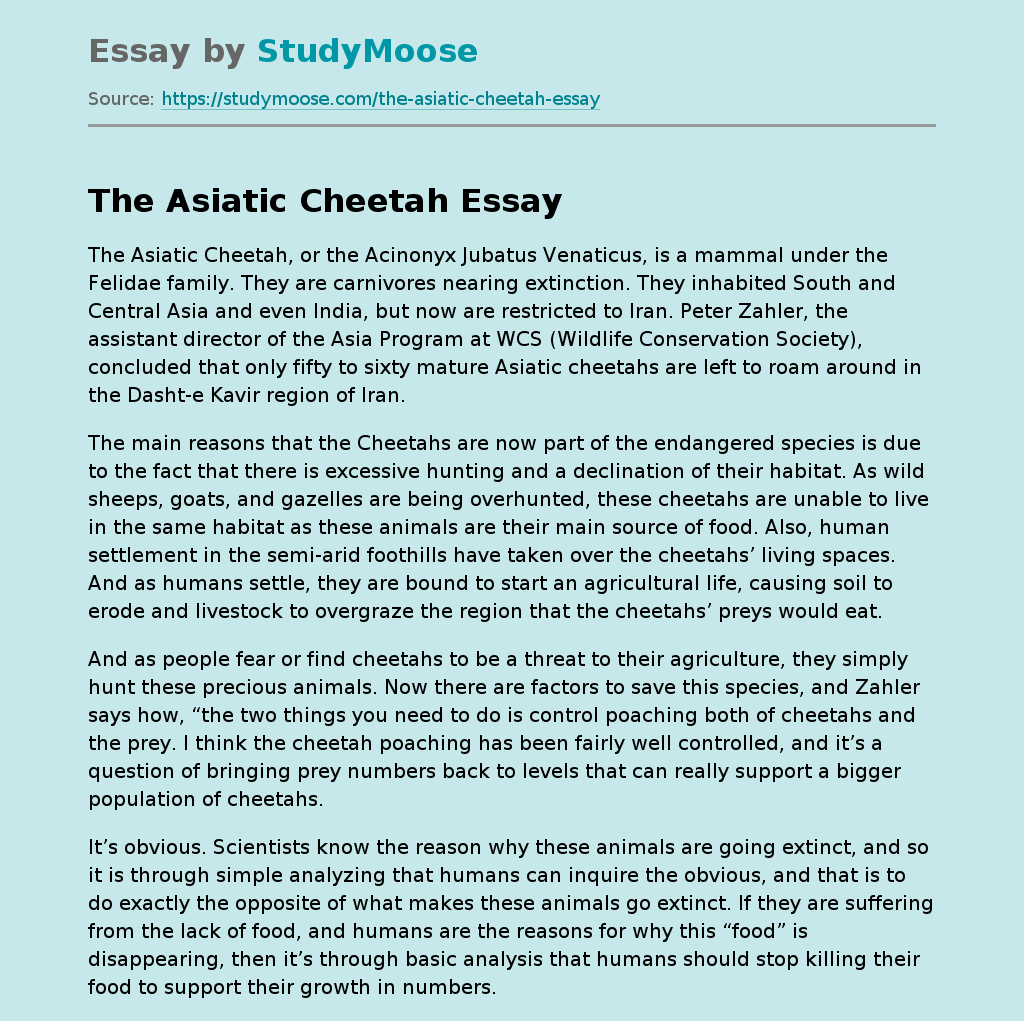