The Adventures of Huckleberry Finn is a delightful story of a young boy and his many adventures. Many of the situations Huck finds himself in require a specific sense of “street smarts” in order to successfully overcome these various predicaments. To that end, I believe that Huck’s so-called “street smarts” prove beneficial to his endeavors, if only to a certain extent.

One skill that Huck seems to have successfully mastered is the ability to lie without a single prick to his conscience.

Don't use plagiarized sources. Get your custom essay on
“ The Adventures of Huck Finn: Street Smarts ”
Get custom paper
NEW! smart matching with writer

For instance, when he is confronted by several men at one of the riverside towns and asked what color his companion is, Huck lies and replies that “he’s white” (87) and proceeds to spin a wild lie that the “white” man is his pap who is deathly ill with chicken pox. In this particular instance, Huck’s penchant for falsehoods is very beneficial to Jim’s safety.

However, his consistent lying is detrimental at times, affecting many people with his poor decisions.

One specific example is when Huck and Jim get separated, the reunited, after a dense fog sets in. Huck convinces Jim that he imagined the entire event, merely to laugh at Jim’s puzzlement. Jim eventually figures out that Huck had lied to him, though, and gets his feelings hurt. Huck feels terrible, saying to himself afterwards that “it made me feel so mean that I could almost kissed his foot to get him to take it back” (84). Huck realizes that his intrinsic inclination to lie could indeed prove detrimental to those he cares about, and promises to himself that he would never lie to Jim like that again. 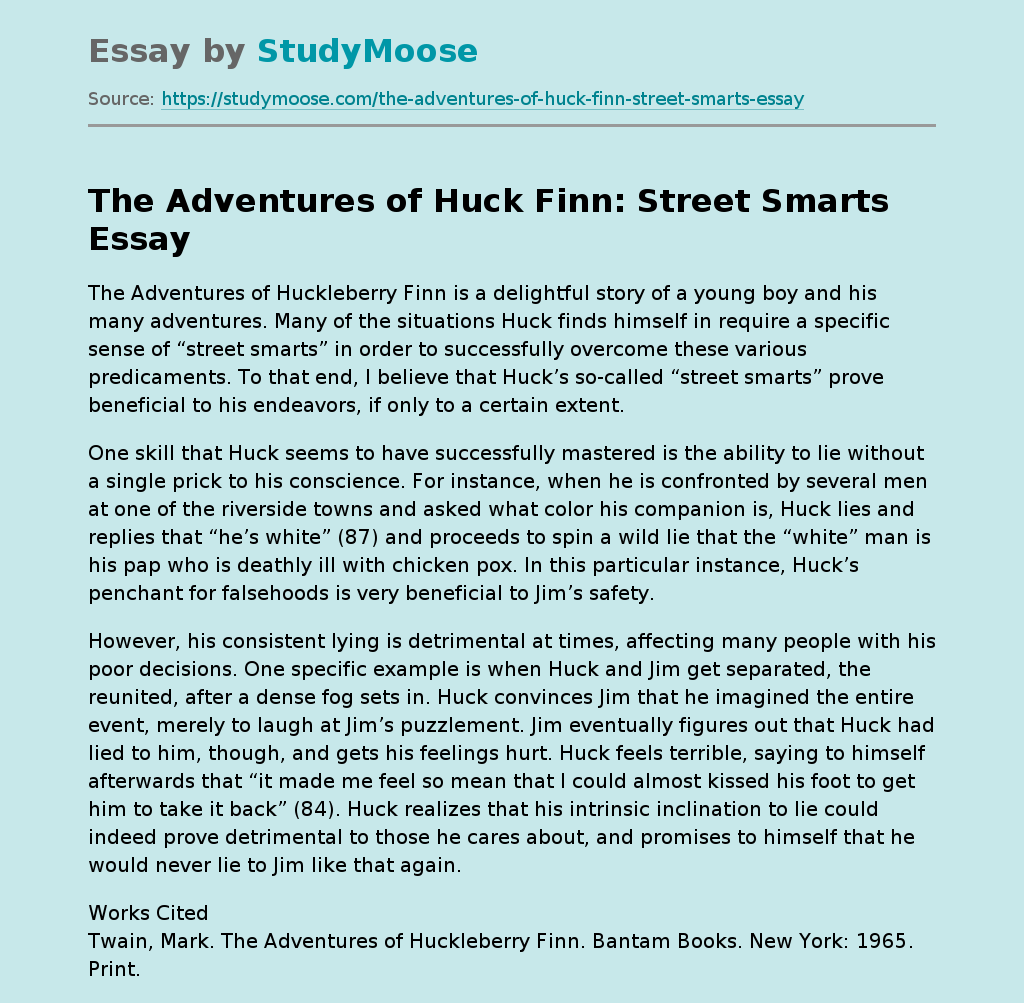