Don't use plagiarized sources. Get your custom essay on
“ Television – Boon Or Bane ”
Get custom paper
NEW! smart matching with writer

Television, being one of the most widely used media of communication, has brought fame for many. It has helped in the globalization of various sports and has also created the era movies. This opened to the human race, a new field of communication. Serials, cartoons, movies etc became common. Television has also helped many to know more.

Hence besides being a provider of entertainment, television is also a source of knowledge. But television has its own defects. First of all, television generates radiation. This can prove any harmful if used too much. Second, straining eyes over television can cause irreparable damage to the retina. Third, increased television viewing results in lack of physical as well as mental growth. The fats in the human body turn into toxins when not used and they cause blockage in blood vessels resulting in strokes, cardiac arrests etc.

Television viewing also leads to obesity, which increases the chances of cardiac arrests.

Another disadvantage of television is the uncensored data displayed. Children in their young age are subjected to cartoons and movies that provoke children to use violence leading into bad habits. This will affect their personalities, which will affect the productivity of the nations. Strenuous viewing of TV can cause a lot of harm to the brain too. Statistics show that 60% of the people who watch television have become obese. One major reason for this is the large scale intake of junk food while watching TV. So television has its advantage and its disadvantages. But to judge whether it is a boon or a bane largely depends on the way we utilize it. So there is a need to use televisions in the best possible way. Bad habits always lead to bad habits. Bad habits always result in harm, one way or another. 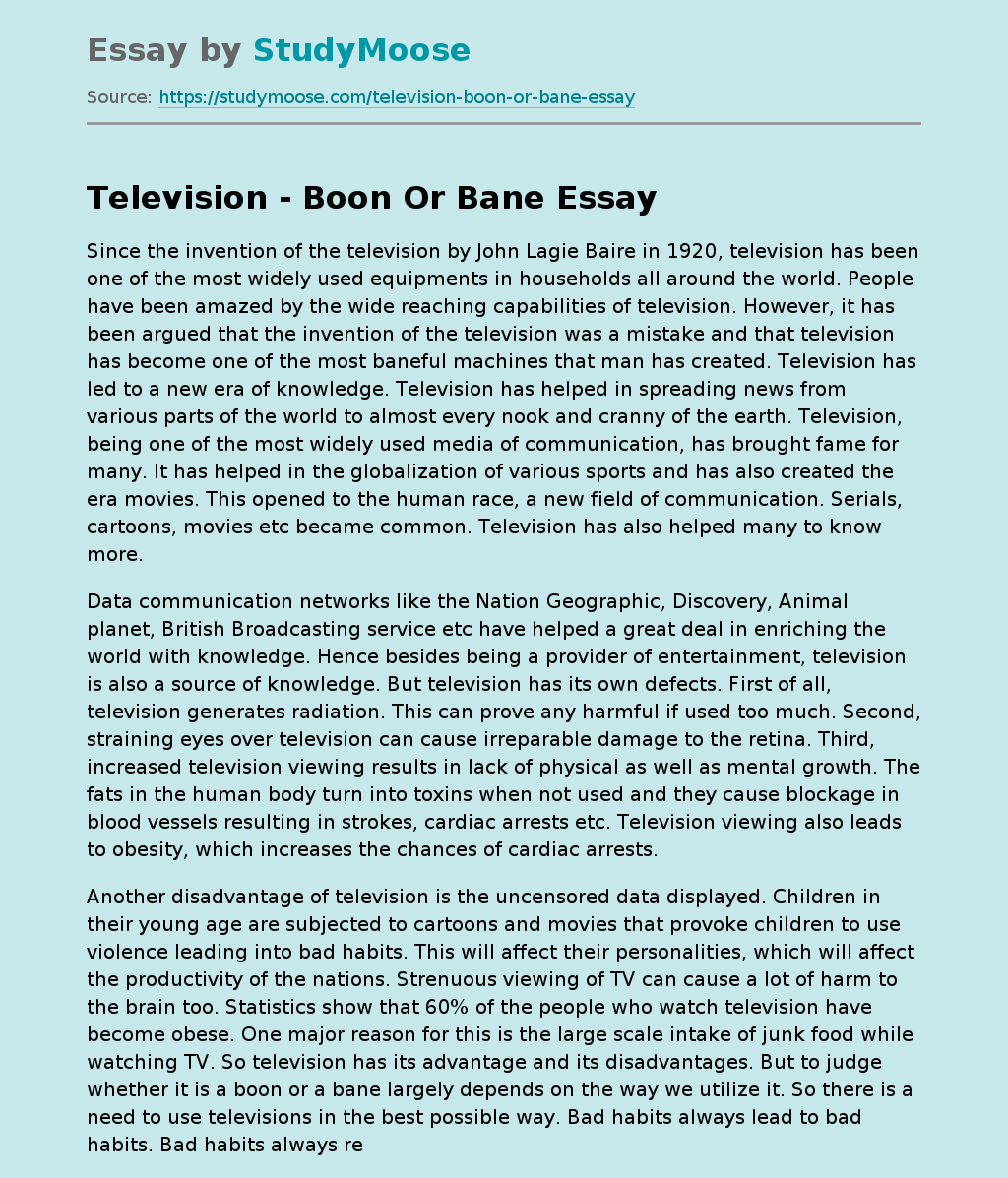