Families, children, and elders have negative effects of watching too much television. Television also creates health problems. Today, we have television in our homes which effects our knowledge, behavior, daily habits, and it is a cause for some health diseases.

The light rays from television causes cancer, notes David Blask, M.D., PhD, a neuroendocrinologist at Bassett Research Institute (Guthrie, Catherine 2006). Additionally, children who watch television for long hours have various kinds of problems. The most common problem in children is their eye sight. For instance, my cousins like to watch television, which is really fun activity for them. They think it is a good source to pass their free time. As a result, they both have weak eye sight.

They also have very few friends and I think their social life is extending around their home.

Moreover, the aggressive impression of television on children has extremely bad effects on their daily life style. The children who watch more than usual have no physical activities. Also, they start eating more junk food. Therefore, they gain more weight in their childhood. Also, the children might say that they like watching television a lot.

Undoubtedly, television increases our knowledge by watching few good education programs. Sometimes when people watch television they usually forget their other work. As a result, it causes depression in some people. Television is technology which is mostly like by many people because it is good source of entertainment without going out of house notes Geoffrey Beattie, who is psychologist in Manchester University and the celebrity on British reality show (Kaufman, Ron 2002).

Television is such a great device that increases many unusual habits in people. While watching television people eat too much without doing any physical activity. Moreover, television in some families effects their relationship because some people don’t like to do or listen to anybody while they watch television. People’s habits are changing because of television. Some people cannot finish work on time because their work time consumed by television programs.

Recently, television is a rising problem in people’s lives. It has extremely negative effects on our daily lives. The television effects on children, and elders who watch it for more than the use to watch. The basic is that is good source of entertainment but there are some restrictions that we need to keep in mind while watching television. We can reduce our health risks by watching less television. Also, the physical activities are necessary for our health. Overall we shouldn’t watch TV for excessive amount of time. 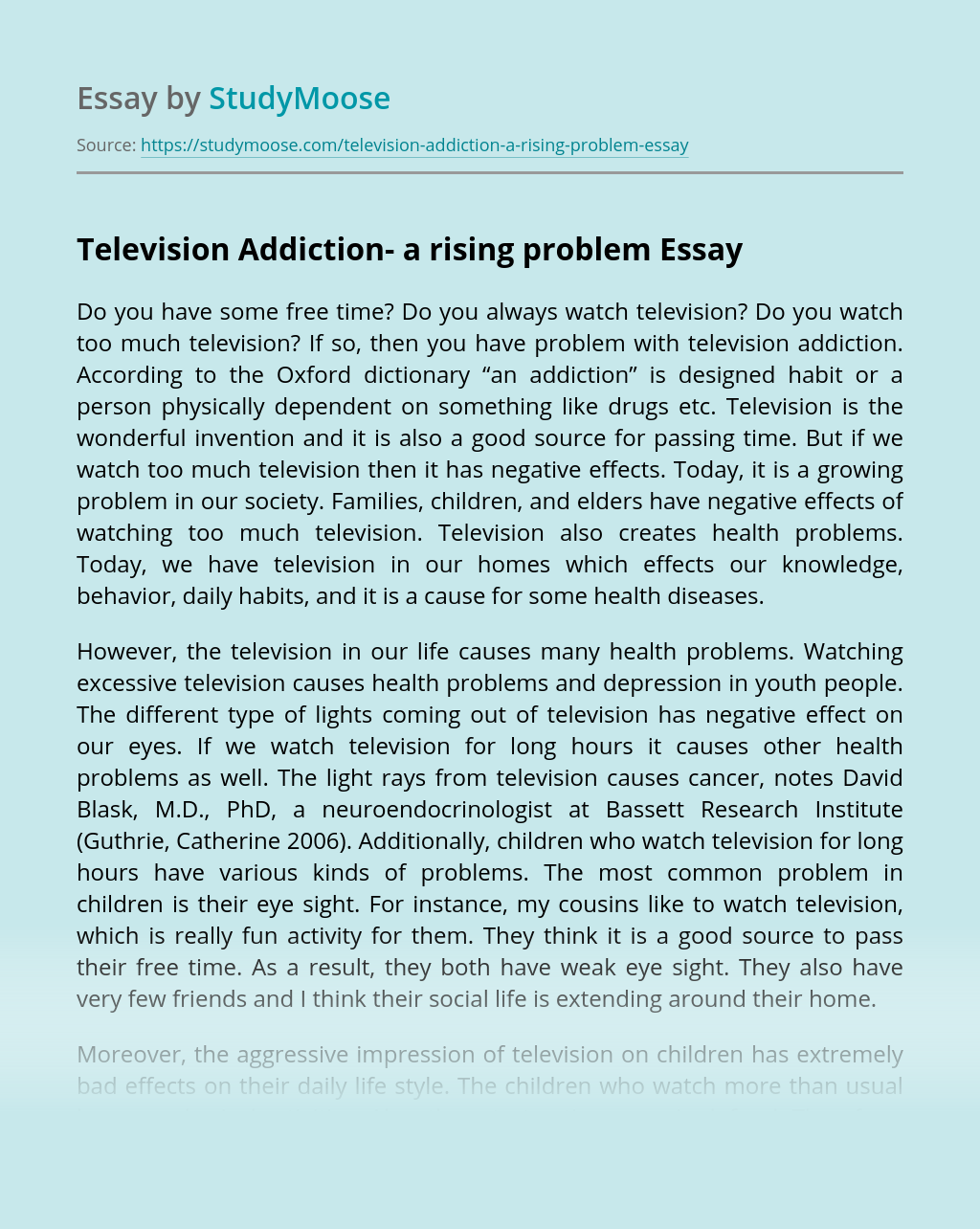