Don't use plagiarized sources. Get your custom essay on
“ Teenage pregnancy refers to adolescent girls usually within the ages of 1319 ”
Get custom paper
NEW! smart matching with writer

Teenage pregnancy occurs due to many reasons. Some of this are peer pressure, lack of attention of the parent, lack of knowledge about sexual intercourse, and underage drinking. According to (McCullough & Sherman, 1991). Teenage pregnancy could also be caused by family relationships. Teenagers, whose parents don’t show much affection, little communication or show rejection to their children and these teens, tend to seek for these actions outside. They find relationships that will give them the affection and attention that they don’t receive at home.

Sex education can be another cause of teen pregnancy because some schools do not have in depth sexual education. Most of them just teach that sex is wrong and at a young age sexual intercourse is not normal and it is not good, it might lead to teenage pregnancy they do not teach about the methods of protected sex or different options of contraception. Some people believe that teaching about sexual intercourse and giving contraception is another way of encouraging them to do that.

Teenage pregnancy refers to adolescent girls usually within the ages of 1319. (2019, Aug 20). Retrieved from http://studymoose.com/teenage-pregnancy-refers-to-adolescent-girls-usually-within-the-ages-of-1319-essay 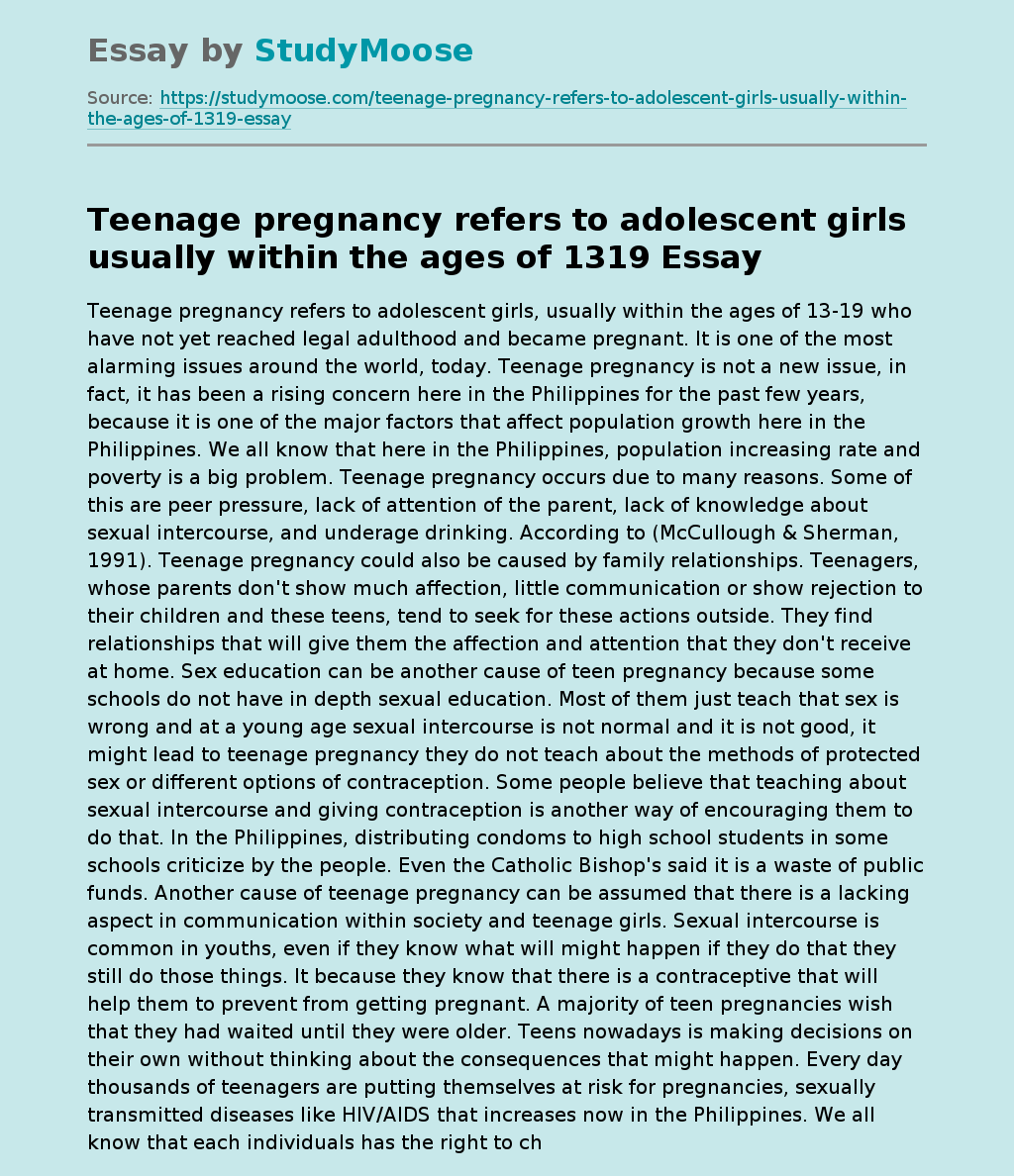