Teenage pregnancy is a pregnancy that occurs when a female is under 20 years of age. Pregnancy occurs through sexual intercourse after the start of ovulation. The cause of teenage pregnancy is linked to lack of education about reproduction , peer pressure and early engagement in sexual activity.

Teenage pregnancy is a huge issue. Many parents have the birds and bees talk with their children. Some encourage their children to not have any sexual relationships or also tell their children not to have sex before marriage.

Don't use plagiarized sources. Get your custom essay on
“ Teen Pregnancy Issues and Challenges ”
Get custom paper
NEW! smart matching with writer

Although parents may not condole and they encourage them to use effective birth control to prevent pregnancy, along with condoms to protect themselves against sexually transmitted diseases. It’s not always the case that children want to have the birds and bees talk with their parents. Some parents could be very judgmental and make their children feel less of a human because they want to engage in sexual activity. Sexual activity is a responsibility that many teenagers are not ready to take on.

The way that birth control serves a purpose to your body according to health-line the purpose is to prevent pregnancy. They can also be used to treat other health issues such as menstrual relief , skin change and more. There is a risk like any medication provided such as change in breast, migraines, reduced acne , blood clotting , lower risk of pregnancy, bloating and nausea, no eggs, cancer protection, weight fluctuations.

Birth control does not only prevent pregnancy and that’s why teens should be allowed to get birth control without parental advisory. Teens lives would be endangered by placing boundaries on access to contraceptives because of the danger to the health and welfare of young women. The cost to society from teen pregnancy are enormous. Minors do have a right to privacy which includes their ability to use contraceptives. According to the U.S. Supreme Court in 1977 it was stated ‘that denial of contraception is not permissible way to deter sexual activity.’

Although if your under eighteen there is a need for parental consent when it comes to abortions , but the purpose of contraceptives is to prevent having to go through an abortion. Contraceptives are non hazardous then an abortion. There are many kinds of birth control that’s out there to fit your body. When I became sexually active I wasn’t in high School, I was 19 and although I did not need a parent consent to get on any type of contraceptives it was still even weird talking about it. So I understand why it’s important for someone who is under the age of 18 to be able to have that freedom that they want to protect themselves without their parents knowing. I would personally want my child to make that choice for themselves. It also shows a sense of responsibility on that child behalf as far as taking responsibility involving themselves into sexual activity. According to Lo Loestrin Fe , there are 7 different contraceptives without the use of a male or female condom.

The three main birth control or commonly birth controls are used and very popular are. The pill , The pill is 2 hormones- estrogen and progestin. The hormones in the pills work by keeping the ovaries from releasing the egg. Which is taken by mouth daily at the same time for three weeks. Then you start your cycle. Another form of birth control is ‘the patch.’ The patch is plastic and it sticks to your skin to keep the egg from releasing. It can be placed on your stomach , buttocks or upper body.

The shot is given every 3 months. It releases hormones into the body which stops regular menstrals , and it’s given by a doctor. I think it is important that we allow are teens to protect themselves at all cost. Having sexual activity is not a harm as long as your taking the necessary precautions. Before having sexual intimacy it is also important to make sure your educated. Find a sexual contraceptives that fits your body. Condoms are not 100% effective as the same for any type of birth control, but you rather be safe than sorry any given day. Please allow teens to get sexual contraceptives without parental consent. 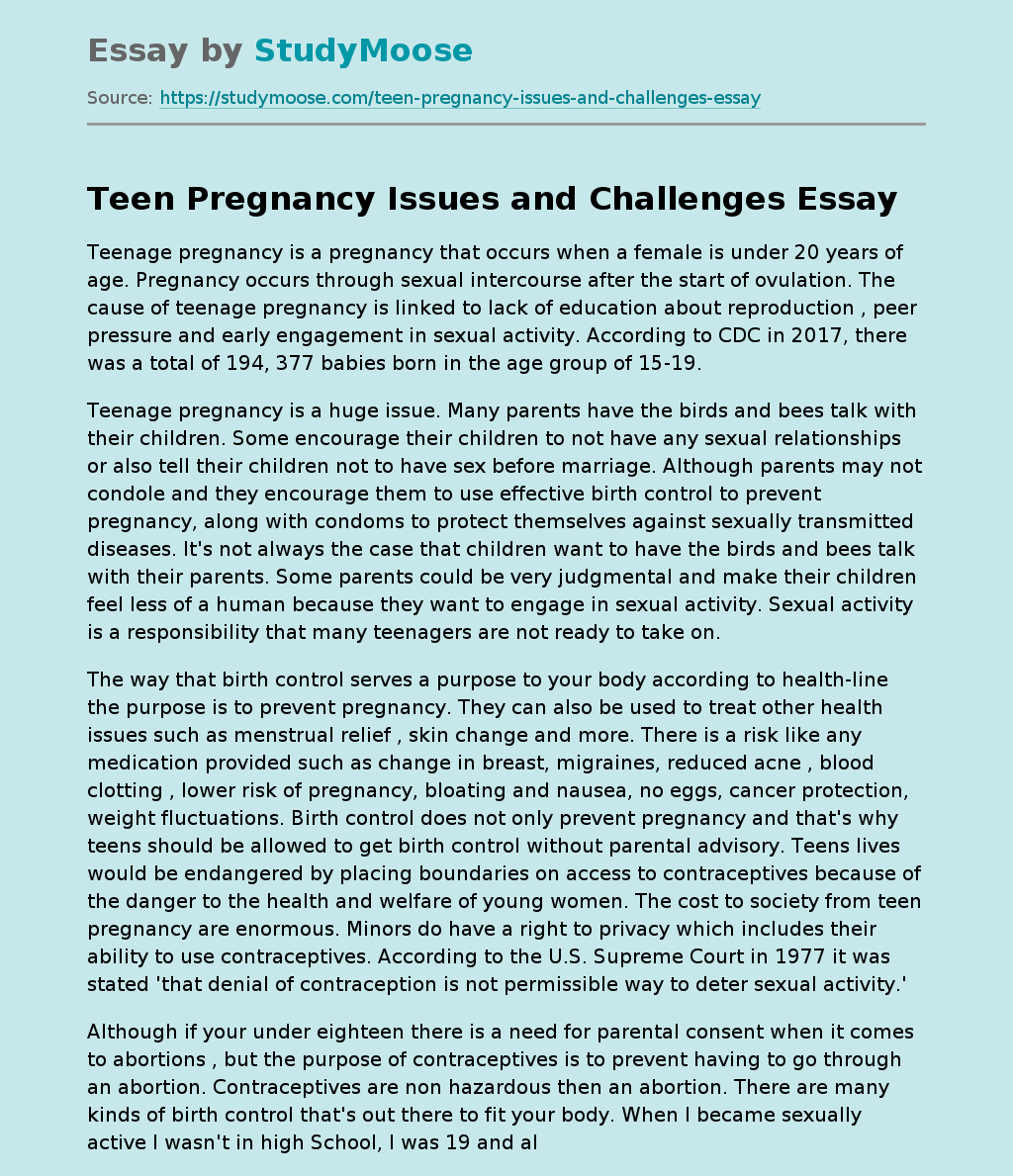