Security Cameras have become very common in countries that have advanced technology such as the the United States. The use of security cameras has done more good than harm because it is a way for the police and other security agencies to keep an eye out for individuals with bad intention in public places.

Some people have seen the use of cameras in public places as an invasion of their privacy rather than a security measure. But i support the motion that surveillance cameras are a good idea and they help and they help ensure our safety.

Don't use plagiarized sources. Get your custom essay on
“ Surveillance Cameras In Public Places ”
Get custom paper
NEW! smart matching with writer

One of the many reasons surveillance cameras are good are good idea is because they help enforce the laws and an example of this is when people go to public places to park their vehicles and then they park in handicap spots because no one is watching but if there were more security cameras around and these individuals knew people were watching them they wouldn’t do things like that.

Another example of this is when people go into shops to shoplift, the rate of crimes like these would reduce greatly because people would be more cautious and they wouldn’t do anything that would get them in trouble.

Another advantage of having security cameras around is that when crimes do occur and the police and other security agencies have no leads on how to catch the criminal they can always go back to the footage captured by the security cameras and investigate it which helps then by either showing them the face of whoever their trying to find or what way the person went.

Another major use for surveillance cameras are that they can also be used for home security. This is because some people are always to busy to keep an eye on their kids or grand parents at home because they always have to work. In situations like these nannies and babysitters are hired and with the help of security cameras they are also able to monitor their homes and with the push of a button they are able to watch what’s going on back at home on their smartphone or their computer. 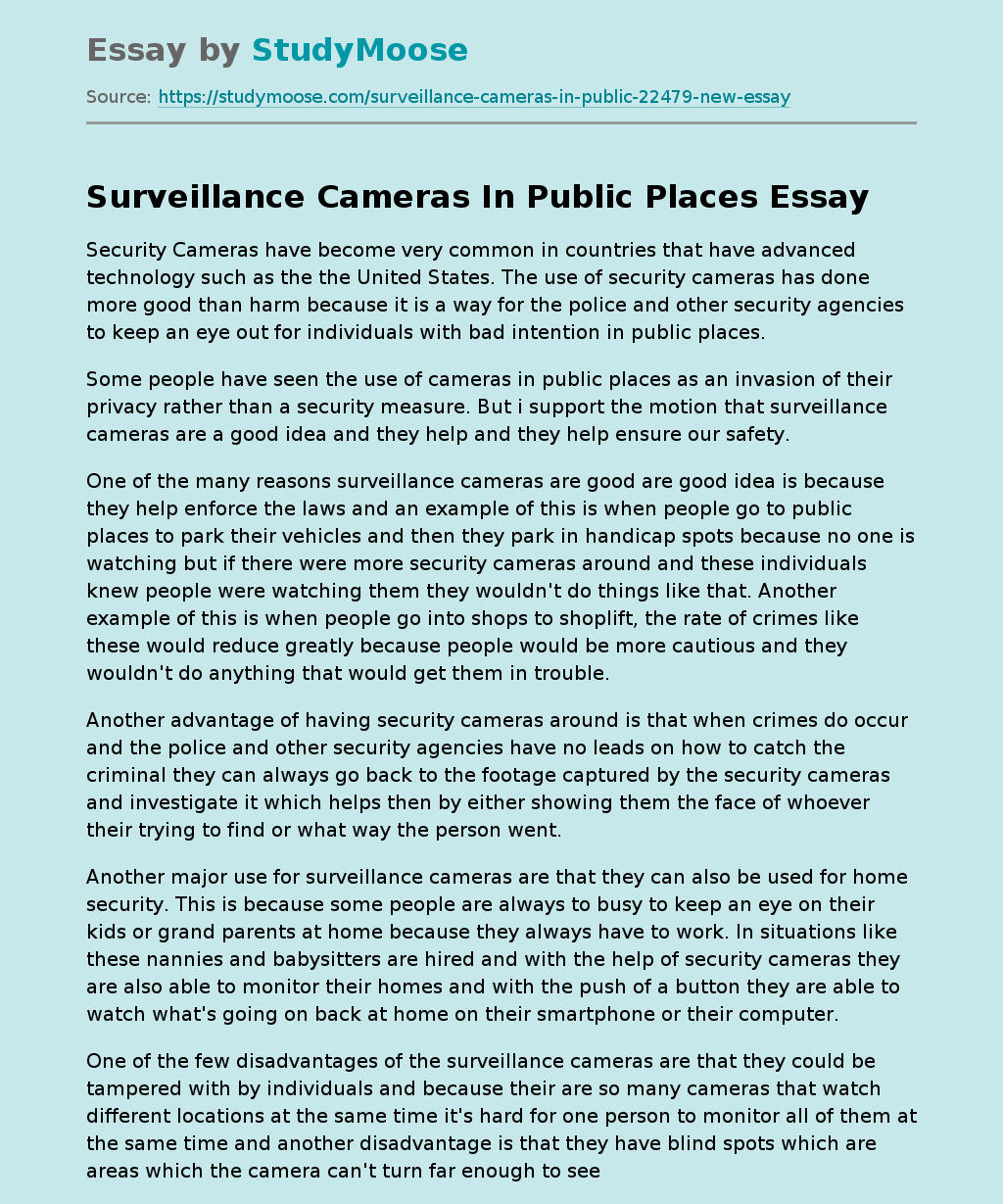