Super Kikay and Her Flying Pagong

The turtle is a magical and gave Kikay the power to save humankind and the sea creatures. It is her duty to protect the ocean deep from the giant small Octopus and its master disciple from getting the magical pearl that gives life to the ocean deep. As a training, Super Kikay fly around their town and try to solve the problems and difficulties of other people. Some of the problems she solve was to help a stuck jeepney get off the mud.

Don't use plagiarized sources. Get your custom essay on
“ Super Kikay and Her Flying Pagong ”
Get custom paper
NEW! smart matching with writer

She also rescued a girl that almost fall from the ferries wheel and stop the illegal fishers from destroying the ocean by using dynamites to catch fish. After her training, Dong pagong instructed her to get the magical pearl and bring it to their land to prevent the giant octopus from finding it in the ocean. Kikay transforms into Super K and dive into the ocean to get the magical pearl.

She easily found the magical pearl but she was also seen by the giant octopus and followed her into the land.

The next morning, Dong pagong told Kikay that she must get the magical pearl from the giant octopus to prevent the fishes from dying.

After letting her younger brother escaped, she chased Horje until she cornered him. They fought fiercely until she have beaten Horje and get the magical pearl. Super K go back on their town and returned the magical pearl into the ocean. After the returning the magical pearl, the ocean became clean again and all the fishes were happy and thanking Super K for saving them. Dong pagong did not take back the power that she has given to Kikay because he knows that Kikay will use her powers to help humans.

Super Kikay and Her Flying Pagong. (2016, Nov 22). Retrieved from https://studymoose.com/super-kikay-and-her-flying-pagong-essay 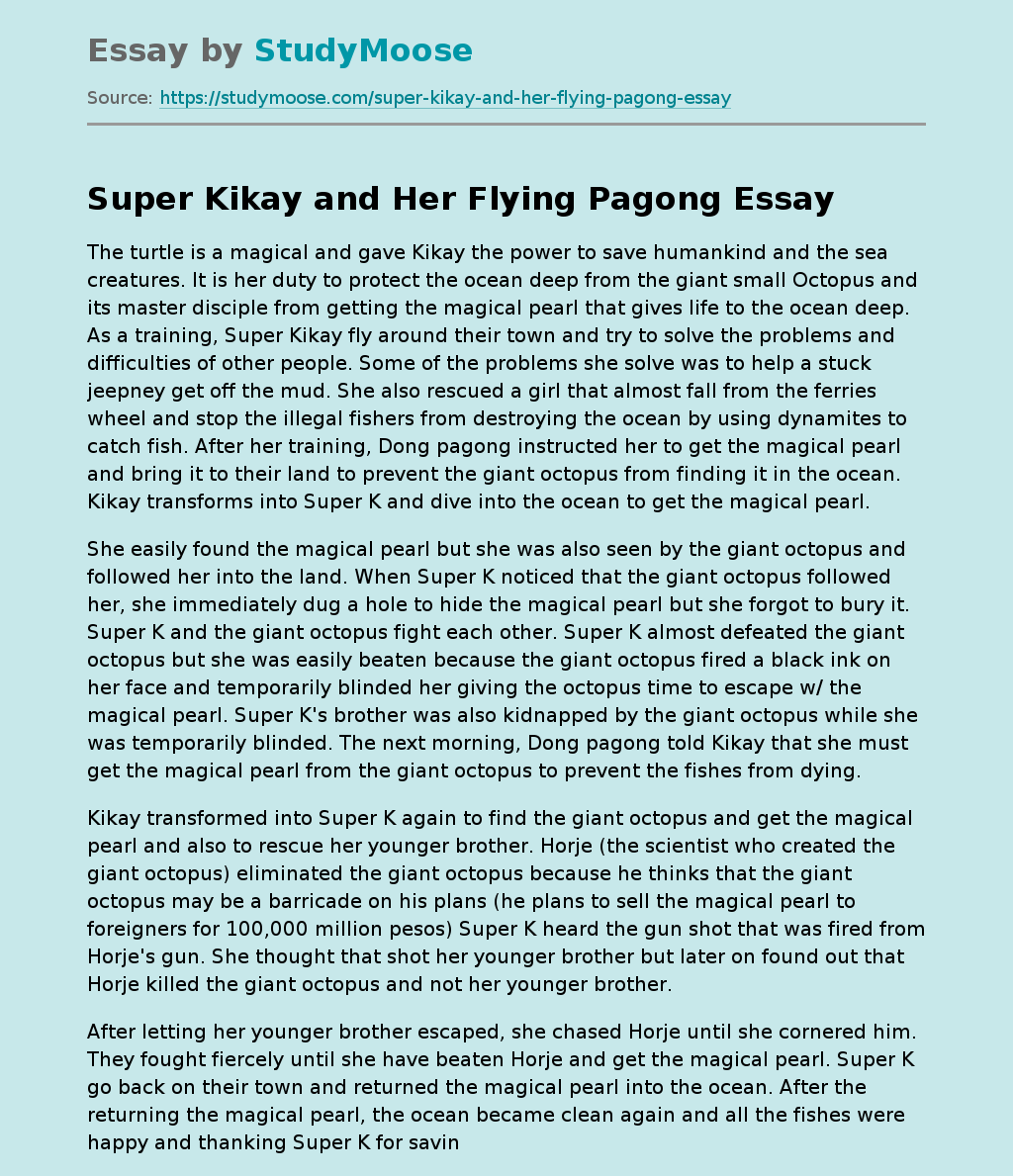