The article is published on the “The Guardian” official web page. It is written by unknown author from The Guardian company. The Guardian is a British national daily newspaper which was 1821, developed through centuries and is now one of the most popular daily news source of Great Britain. As the headline implies it is devoted to the free trade which has developed since 60s and is helping farmers and poor people not to go bankrupt by exporting their products to another countries.

In the introductory part the author touches upon the problem that European Union market is not open for everybody and is ruled by WTO. It is explained that fruit farmers, for example, in a little island in Caribbean Sea can not compete with giant US corporations that fulfill world’s fruit market and the World Trade Organization has reenabled old quota system in EU.

Moving on the reader is introduced to Juan Valverde Sanchez, a sugar cane grower who sells to a local farmers in Costa Rica and is worried if he and other rather little farmers will make one more year.

It is impossible to export to the US and EU because of the high tariffs and subsidies that western farmers get. The next paragraph is about the “fair trade” market which protects little farmers and helps them selling produce form giant multinationals. In this paragraph the main idea of fair trade is explained. It is thought to be right that all producers must be a part of democratically-run association.

This association deals directly with first-world companies and suggests them to add a premium to products price which afterwards goes to farmers.

The consumers would not suffer because they would only pay a penny extra for a cup of coffee or a single banana. Therefore the money that farmers get could save them from bankruptcy and could give the possibily to send their children to school. Moving on it is said that the fair trade has a huge influance on farmers and countries. It started in Dutch as a small support for local farmers and now has grown to $500m a year global niche market with more that 400 northern companies that produces all sorts of foods. Half a million small farmers in 36 poorest countries worldwide have benefited from fair trade and it scales to $40m extra to producers. Further on the author touches upon the statistic numbers of fair trade food sales. Each year it is growing by more than 25% internationally and it is already 100% 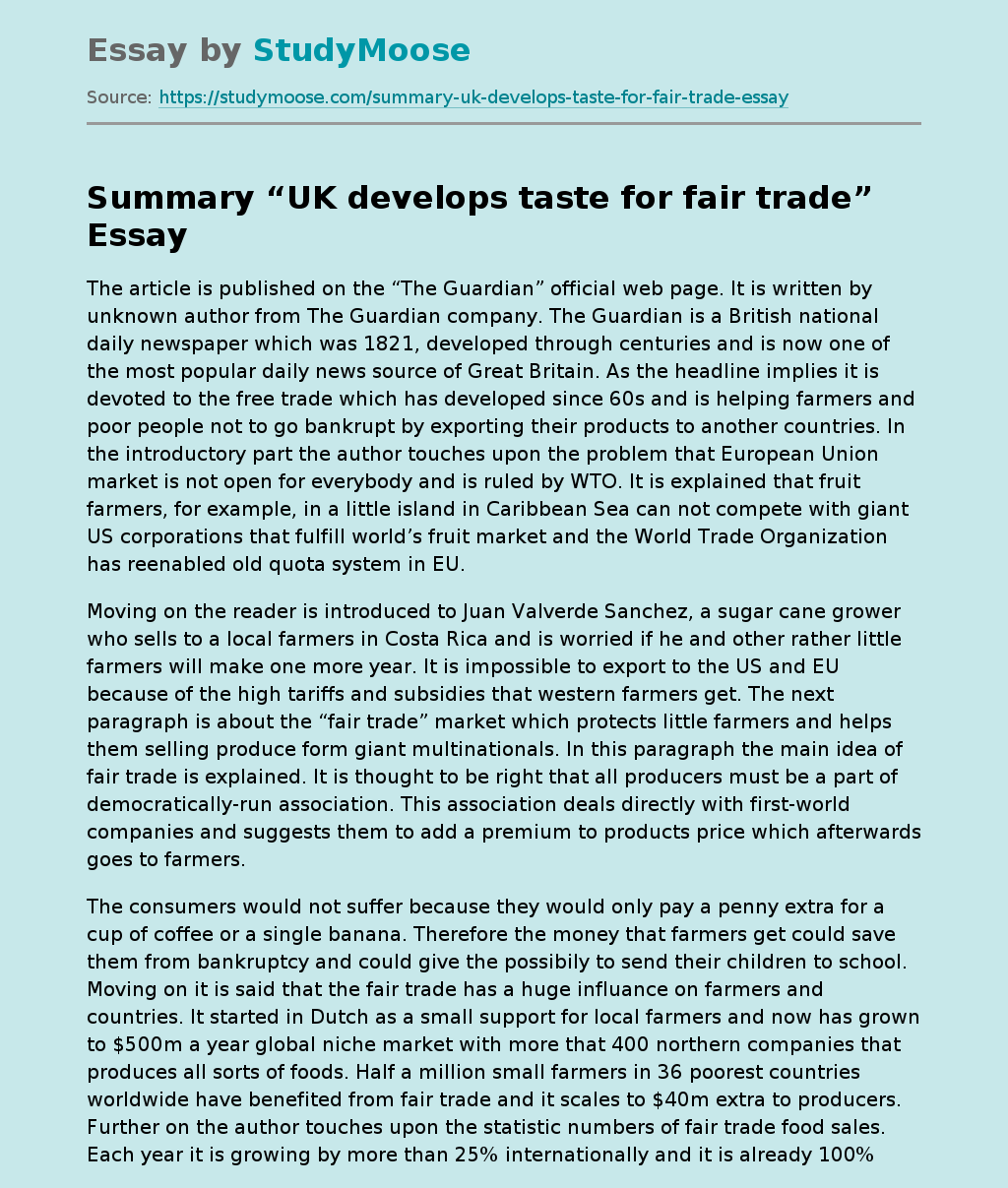