An analysis of the reponse of William Shakespeare’s character’s to physical and emotional suffering in his plays.

Don't use plagiarized sources. Get your custom essay on
“ Suffering in Shakespeare’s Plays ”
Get custom paper
NEW! smart matching with writer

In The Tempest, the physically traumatized characters, are Trinculo and Stephano. They are chased by dogs but their physical trauma has not induced any sign of remorse or guilt. Ferdinand, on the other hand, is overcome by emotional suffering at the “loss” of his son. In King Lear, Lear is plagued emotionally. He feels that he has lost the love of his favorite daughter Cordelia, and he feels the harsh hatred of his two evil daughters.

At the conclusion of the play, his sanity is restored but he has suffered tremendously in an emotional manner at the hands of Regan and Goneril. In Othello, Brabantio goes through emotional suffering when he must succumb to his daughter’s wishes. Desdemona also goes through emotional suffering when she is accused by Othello of cheating on him when he is convinced of this by Iago. In The Tempest, the theme of purification through suffering can clearly be seen. Prospero, in his long exile from Milan, has more than attoned for whatever mistake he might have made while he ruled. 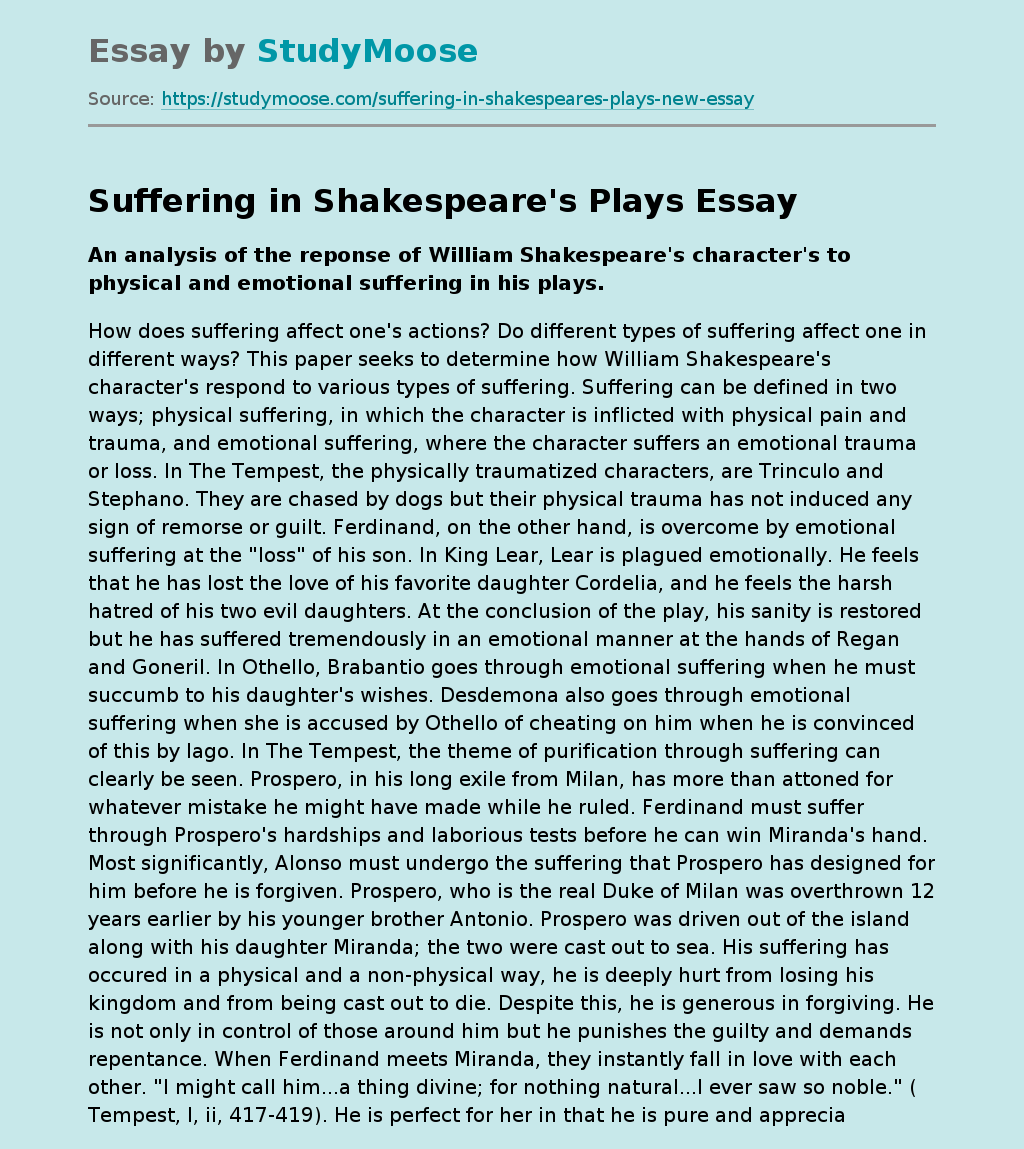