What I need to know about character:

Characterization is the means by which a writer reveals a character to a reader, including appearance, speech and behavior, thoughts and feelings, and other characters’ reactions and opinions. There are four main elements of characterization. These include:

How a character looks b. How a character acts c. How other characters react to this character d. What the character thinks and feels Strong literary descriptions provide readers with the important details that allow us to develop and understand characters’ actions and motivations.

Don't use plagiarized sources. Get your custom essay on
“ Study Guide for Plot ”
Get custom paper
NEW! smart matching with writer

A narrator will often give a reader a lot of vital information in only a few sentences. This information helps the reader to formulate a vivid mental picture of a character. Readers also can make educated guesses about a character by paying attention to the way other others respond to him or her. When writers provide their readers with a character’s internal dialogue and thoughts, we learn all there is to know about that person from his or her own perspective .

What I need to know about setting and plot:  Setting is vital to a story’s plot, offering a reader more than a mere description of place. It refers to when and where a story takes place and, in a broader sense, the physical circumstances, culture, way of life, and/or shared beliefs that frame the lives of the characters. A story’s course of events that forms the action and is propelled by conflict toward a climax and eventual resolution is called the plot .

There is often a strong connection between a character and the setting he or she lives in. Rather than writing action-filled plots, Sarah Orne Jewett is known for making setting a focal point of her writing. Her stories often rely on symbolism in nature . Although character and setting provide clues to the theme of a narrative, there must be a plot for a story to happen. Key elements in a story include: a. characters :

Stories are fueled by conflict . It is either external (between characters) or internal (within a character). This struggle inevitably leads to a climax, which is either resolved or left hanging at the end of the story. The main character of a work is the hero or protagonist , and if pitted against an important opponent, that other character is the antagonist .

What I need to know about plot patterns:

The most common plot pattern, developed from Aristotle’s idea, is made up of five parts: a. expositton : Outlines characters and setting, preparing you for the conflict b. rising action : The building up of the conflict c. climax : The highest point of tension, often the place in which the fate of the characters and the outcome of the story are decided d. falling action : Shows the effects of the climax; the suspense may be over, but the events have not been completely worked out e. resolution : The tying up of loose ends and final outcomes  Sometimes, this basic structure is , like in science fiction and fantasy. Another common plot pattern is called the flashback , which is when a character looks back on an event and retells it from the beginning. An example of this type of plot pattern is Edgar Allan Poe’s “The Tell-Tale Heart.” Note that the tale begins with an and ends with a , though told in retrospect.

What I need to know about cultural connections to narratives:  Through universal conflicts that characters must resolve, stories help readers to see that diverse people may, in fact, share certain life experiences and that human behavior can transcend culture.  We’re only vaguely aware of culture and usually become most aware of it when we compare the elements of our culture to another.  When cultural expectations are not met, like in the example from “Interpreter,” people are invited to consider other cultural .  Sociologists and ethnographers research how culture works and why people act the way they do. culture serves as a guide to understanding social behavior. 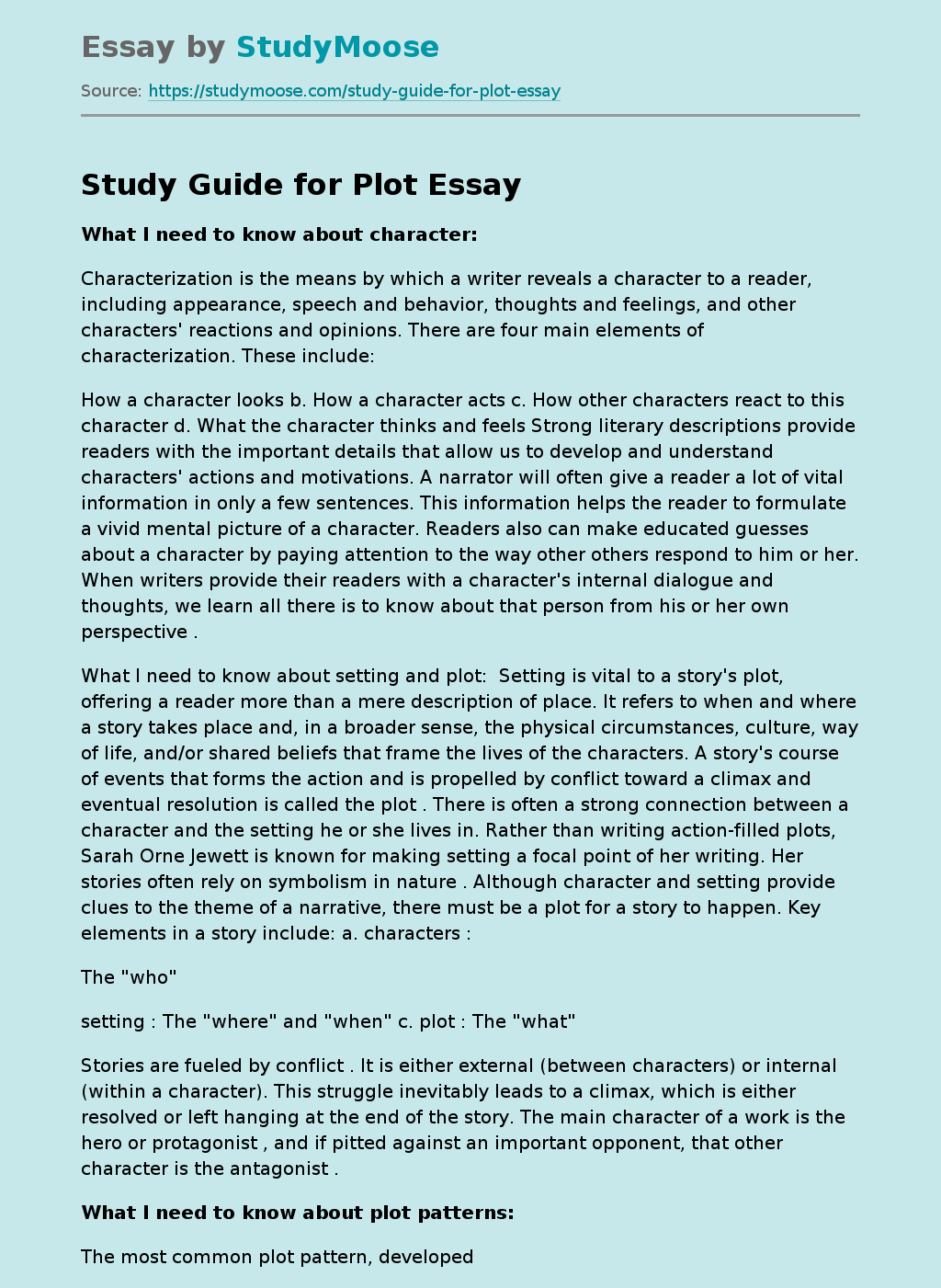