The example I chose that illustrates deviant behavior in American society is racism. Deviance is behavior that violates social norms and arouses negative social reactions. [1] Racism is a form of defiance that has grown more socially unacceptable as time moves forward. Times are changing and society is becoming more culturally acceptable. I have always seen societies views as a majority vote. Society seems to cast out things that it does not understand or has not ever seen before and racism is one of the effects of this.

Don't use plagiarized sources. Get your custom essay on
“ Sociology: Deviance ”
Get custom paper
NEW! smart matching with writer

Racism now is something that is passed through upbringing within families or from select regions of in state/country/providence. Status frustration theory was created by Albert K Cohen and focused on the lack of education causing status and self esteem issues with little boys, which led to gang acceptance. Now this is a little of a stretch on how it is related to racism but I will explain on how I think it is related.

Racism in America today is found in areas of low education as well as in areas to the south that have been culturally segregated for long periods of time. Groups have formed over time to share their idea of racism called the KKK. Essentially this group is proof that this theory does relate to racism today. The lack of education on culture made these individuals hate what they do not understand. They needed support and joined this group to share the same beliefs to build their self esteem because of how different their views are from society today.

This example mainly describes one form of racism in America today, but there are many forms of racism today found globally. I also believe that the labeling theory is related to racism. The labeling theory simply says that if you label someone as defiant it will increase the chances of them being defiant because that is how they see themselves. Again this is a stretch of a relation but someone being racist can be doing it for attention. It does not matter if the attention is good or bad but attention is attention.

Racism is an easy way today for someone to get the attention they are looking for just by making a comment in a crowd. Labeling is also found when someone says racist. In America when you ask yourself, “what does a racist look like? ” exactly what picture is painted in your head. What has America “labeled” as what a racist looks like. The first thing that comes to mind is the KKK and the white robes, but what does the person look like underneath the robe?

The labeled stereotype that I saw was a real deep southern raised uneducated hillbilly/redneck. That is something I learned from what the media and society labeled as what a racist looks like. Racism violates the social norm of equality. Racism is just ignorant and a socially unacceptable characteristic/action. It is a form of hatred and links itself to war. All wars are started by hatred, which leads to violence and killing. All forms of racism need to stop and people need to help by educating each other to avoid more negative defiance. 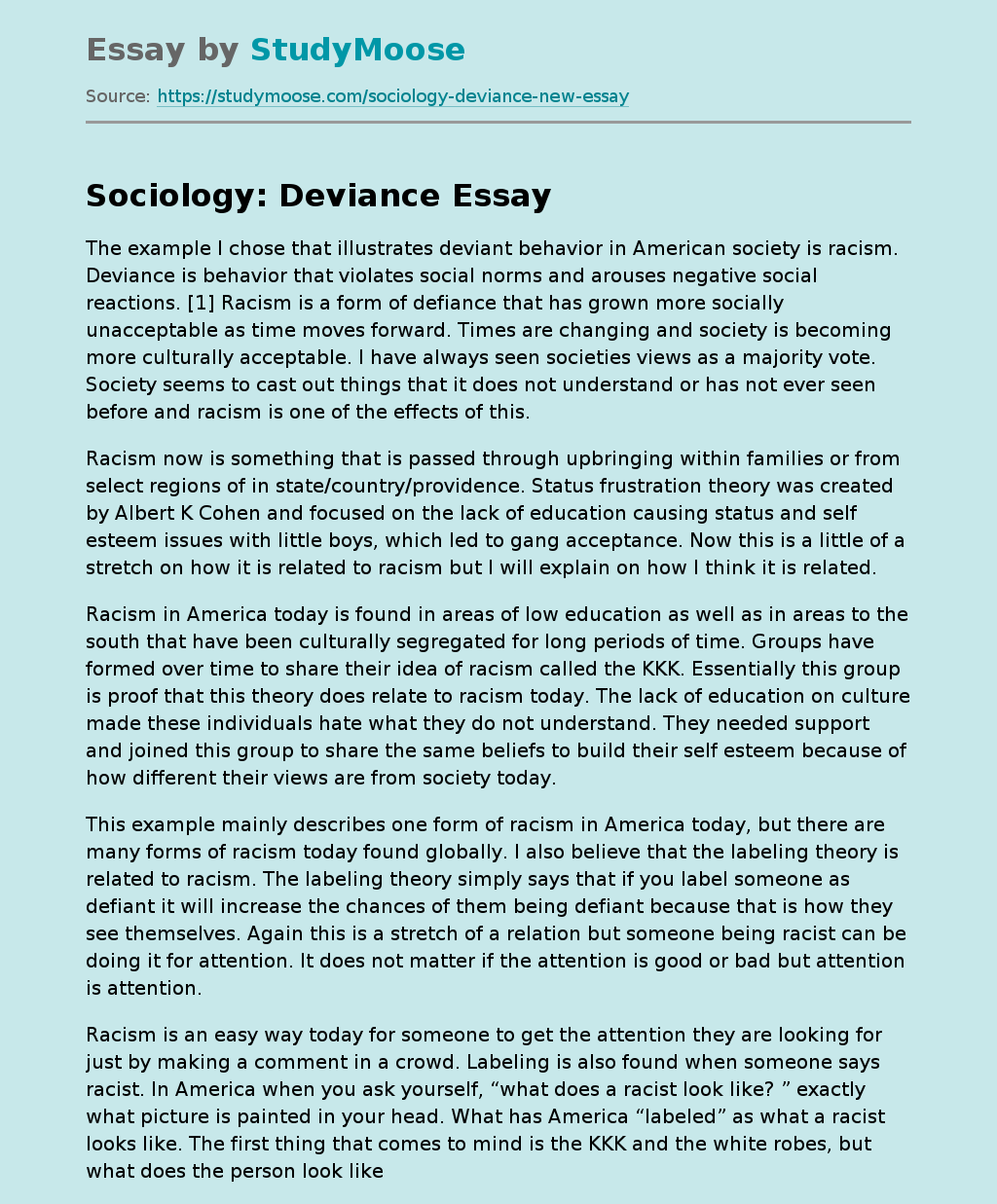