Should the government impose tax on junk food

Most Americans want to lose weight, a new CBS News poll finds – but they do not favor a tax on junk food and do not believe that such a tax would help lower obersity. The poll results reveal that the vast majority of Americans believe that obesity can be controlled. They do not feel, however, that the government should be imposing a tax on the foods most likely to make them obese. Sixty percent say they oppose such a tax, while 38 percent say it’s a good idea.

Don't use plagiarized sources. Get your custom essay on
“ Should the government impose tax on junk food ”
Get custom paper
NEW! smart matching with writer

The Senate has already considered a tax on soda and other sugary drinks, and President Obama has said he is open to such a tax. Yet Mr. Obama has acknowledged that there is resistance to such taxes. “People’s attitude is that they don’t necessarily want Big Brother telling them what to eat or drink, and I understand that,” he said in an interview last year. “It is true, though, that if you wanted to make a big impact on people’s health in this country, reducing things like soda consumption would be helpful.

Seventy-two percent of Americans surveyed in the new CBS News poll say that a tax on junk food would not help people lose weight. Just 26 percent say it would help them do so. Nearly nine in ten Americans say obesity can be controlled, not through taxation but through diet and exercise. Just seven percent say people cannot control their level of obesity.

That’s not to say Americans don’t believe the government should be doing more: Just one in five give the country an A or B grade when it comes to fighting obesity.

Should the government impose tax on junk food. (2016, Mar 04). Retrieved from https://studymoose.com/should-the-government-impose-tax-on-junk-food-essay 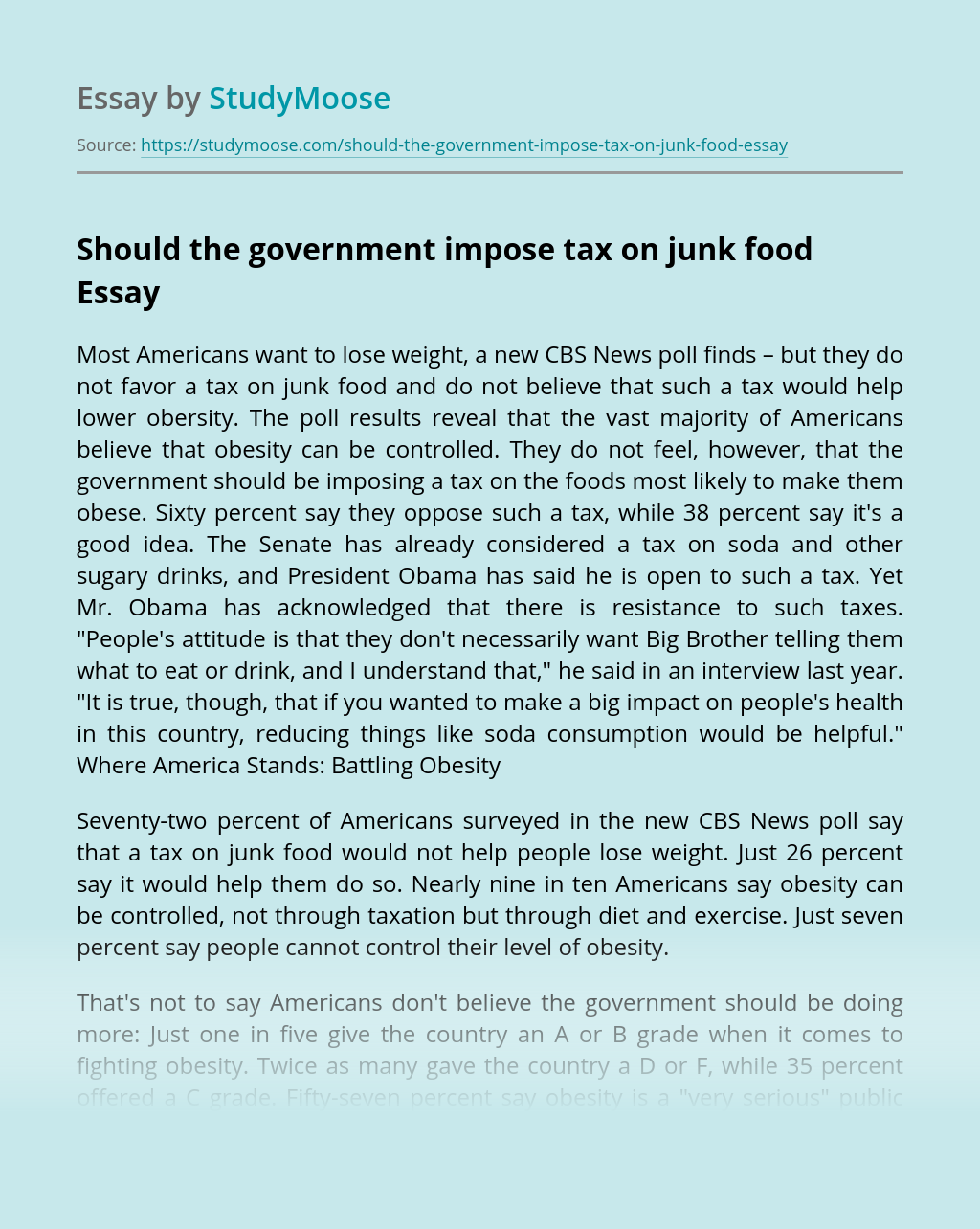