Mahatma Gandhi was the true essence of a good man. He is most famous for his use of non-violent protest against British rule. Instead of using violence, peaceful things are used such as talking and protests. Born in India on October 2, 1869, Gandhi sailed from Bombay to England so he could study law. He became a lawyer and sailed to South Africa and became a lawyer for an Indian firm, after that he extensively helped fight for Indian rights.

Some campaigns, against the government, turned out to be very violent but were also very effective in Gandhi’s point of view.

Don't use plagiarized sources. Get your custom essay on
“ Short Biography of Mahatma Gandhi ”
Get custom paper
NEW! smart matching with writer

One campaign was to make your own cloth. The British Government was making a lot of money from selling cloth, clothes, and Indigo which was used to stain the clothes. This was putting many Indian’s that did this for a living out of business. The government also outlawed selling certain things such as cloth and Indigo. Even though they were being beaten with clubs, they refused to give up and continued on their peaceful march without physically defending themselves.

Newspapers all over the world had articles about this and helped win worldwide support for Gandhi’s independence movement. More demonstrations like this took place and eventually, about 60,000 people including Gandhi were arrested.

After everything that Mahatma Gandhi did to help India gain independence by non-violence resistance, he was shot and killed by a Hindu man named Nathuram Godse while he was holding a prayer. 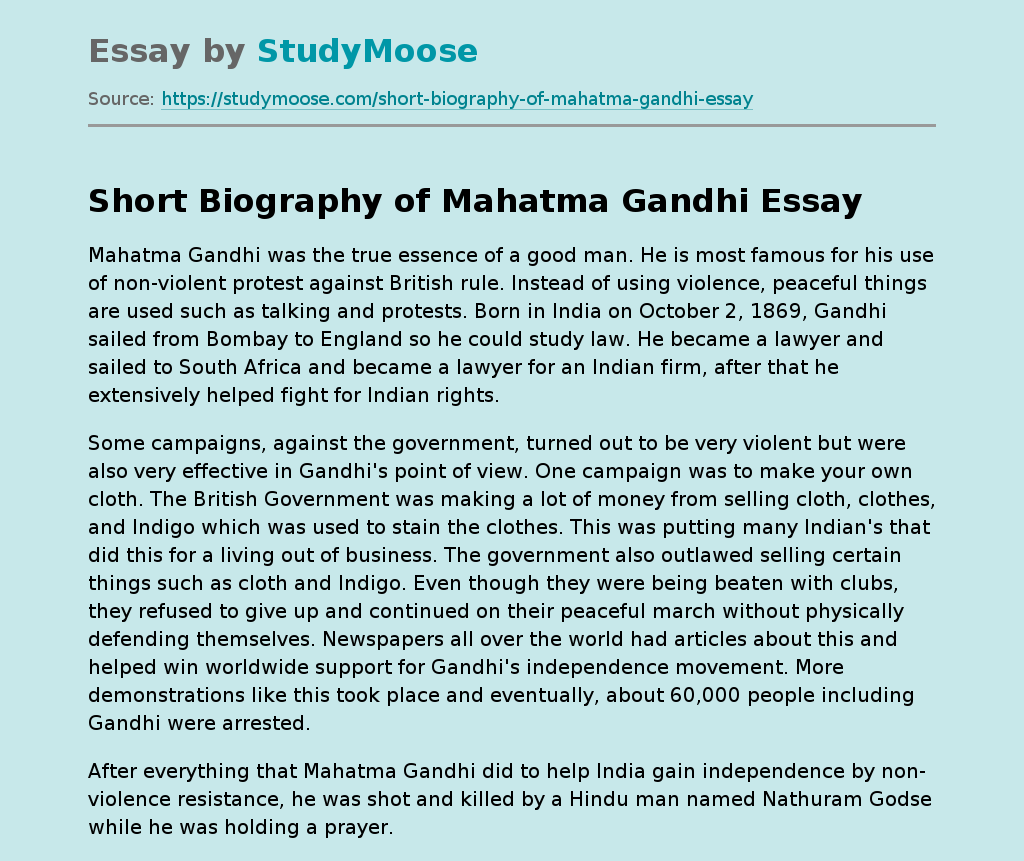