Sarcodina, the largest phylum (11,500 living species and 33,000 fossil species) of protozoans). It comprises the amebas and related organisms; which are all solitary cells that move and capture food by means of pseudopods, flowing temporary extensions of the cell. Most sarcodines are free living; others are parasitic. One of these parasites is the causative organism of amebic dysentery. With the exception of chloroplasts, sarcodines are identical to the ameboid members of the phylum Chrysophyta. Sarcodines may reproduce asexually by cell division, often without breakdown of the nuclear envelope that is typical in mitosis, or sexually by meiosis and the production of haploid gametes, followed by fusion of gametes and the formation of zygotes.

Don't use plagiarized sources. Get your custom essay on
“ Phylum Sarcodina ”
Get custom paper
NEW! smart matching with writer

Sarcodina /Sar·co·di·na/ (-di´nah) a subphylum of protozoa consisting of organisms that alter their body shape and that move about and acquire food either by means of pseudopodia or by protoplasmic flow without producing discrete pseudopodia.

The sarcodines are a much more familiar group of protists than the mastigophores.

The most well-known example of a sarcodine is the famous amoeba. Lacking any rigid structure outside of their cell membrane, sarcodines can freely change their shape and form pseudopodia. Sarcodines can live in both freshwater and marine environments. They can reproduce both asexually and sexually, and they are usually free-living. Like mastigophores, sarcodines use pseudopodia to move and capture food. Although the amoeba is generally thought of as lacking any structure, some have shells, and most other types of sarcodines also have shells. One class of sarcodines, the foraminiferans, possess calcareous shells (they are made of CaCO3).

Sarcodines reproduce sexually by syngamy (fusion of two gametes) and asexually by division or budding. In multinucleate forms, cytoplasmic division with distribution of the nuclei occurs. Some sarcodines have flagella during certain stages of their development; in other groups flagellated and unflagellated generations alternate. Sarcodines may be either solitary or colonial. Although some are parasitic on plants or animals, most sarcodines are free-living, feeding on bacteria, algae, other protozoans, or organic debris. The genera are distinguished by the structure of their pseudopodia. See also pseudopodium. Pseudopods or pseudopodia (false feet) are a special group of amoebas able to change their form to be able to move. Pseudopods are one of the three locomotion modes of unicellular organisms (together with flagella and cilia).

Pseudopods can also capture prey by phagocytosis. Phagocytosis (from Ancient Greek φαγεῖν (phagein) , meaning “to devour”, κύτος, (kytos), meaning “cell”, and -osis, meaning “process”) is the cellular process of engulfing solid particles by the cell membrane to form an internal phagosome by phagocytes and protists. Phagocytosis was revealed by Ilya Mechnikov in 1882. Phagocytosis is a specific form of endocytosis involving the vesicular internalization of solids such as bacteria, and is, therefore, distinct from other forms of endocytosis such as the vesicular internalization of various liquids.

Phagocytosis is involved in the acquisition of nutrients for some cells, and, in the immune system, it is a major mechanism used to remove pathogens and cell debris. Bacteria, dead tissue cells, and small mineral particles are all examples of objects that may be phagocytosed. eat algae, bacteria,other protozoans,and tiny particle of dead plant. Inside of amoeba is jelly like fluid called cytoplasm.amoeba reproduce by a process called binary fission.amoeba can split in half and make two identical new amoebas.they spend most of their time attached to the plants . sometimes they float freely to the water. The word amoeba comes from a Greek word meaning “to change.” Other ex; arcella, difflugia, heliozoans, radiolarians, foramineferans. 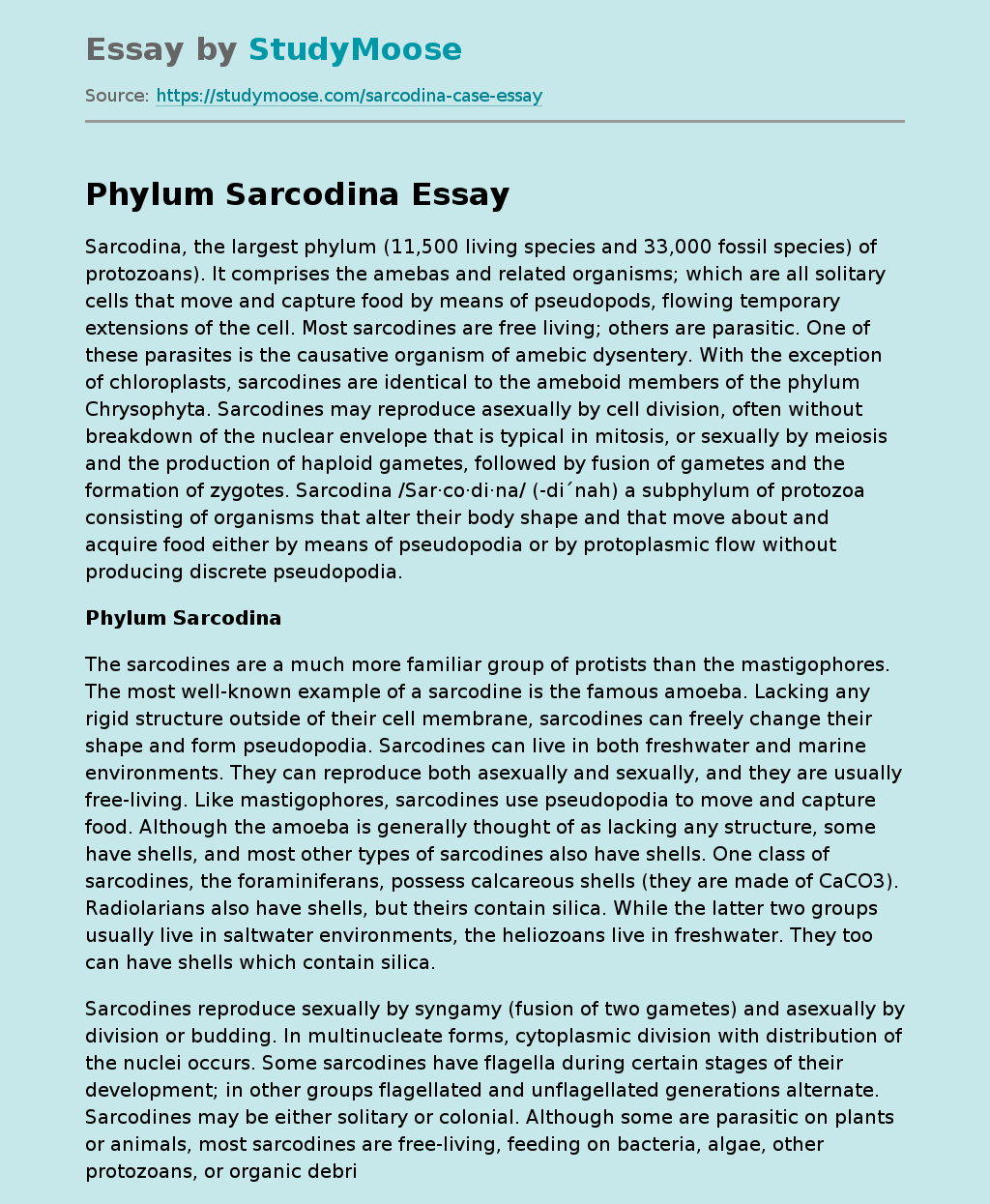