“Though the landscape is one of rare beauty, to a European or English eye it seems desolate, and even after more than forty years my father could not become reconciled to it. He longed for the generous and soft European foliage, but the Eucalypts of Baringhup, scraggy except for the noble red gums on the river bank, seemed symbols of deprivation and barrenness.” Page. 14

“Migrants who came on assisted passages were required to work for two years wherever they were sent, on jobs of the government’s choosing.

Don't use plagiarized sources. Get your custom essay on
“ “Romulus, my father” Quotes table ”
Get custom paper
NEW! smart matching with writer

“He only took pleasure in the esteem of those whom he knew to be deserving to judge him and his work.” P 99

“Those were the days before multiculturalism – immigrants were tolerated, but seldom accorded the respect they deserved.” Page. 100

“His interest was not in making money. It was philanthropic. He wanted to build a factory devoted to providing humane conditions for its workers.” Page. 67

“Both Hora and my father were appreciative of the tolerance shown to them by Australians, and both knew it to be greater than could be expected in most European nations.

“In his sighs I heard our isolation and for the first time I felt estranged from the area.” Page. 119

“Our life at Frogmore was Spartan, but I never felt that we were poor, although I think we were judged so by others.” Page. 53 “For a long time he found it hard to fully believe that there could exist such freedom and tolerance as he found in Australia.

He complained that one could not just drop in on Australians and talk freely for hours; one had, as he put it, always to ‘make an appointment.’” Page. 170 “Those were the days before multiculturalism – immigrants were tolerated, but seldom accorded the respect they deserved.” P 100

“My growing desire to lead a ‘normal’ life was strengthened by the conformist aspirations of teenage culture, which tempted me to betray the gift of my freedom for the suburban life of Maryborough…” P 120 “His experiences of Yugoslavia gave him a renewed appreciation of life in Australia, but he still longed, and he longed all his life, for the European conviviality he knew as a young man, even in Germany, and with his friends and relatives in Melbourne.” Page. 171 “They often wrote pleading for money, often pretending to be ill, but when he and Milka went to visit them they discovered that the money they had sent for medicine and other necessities had contributed to the renovation of houses that were larger and better furnished than his.” Page. 166 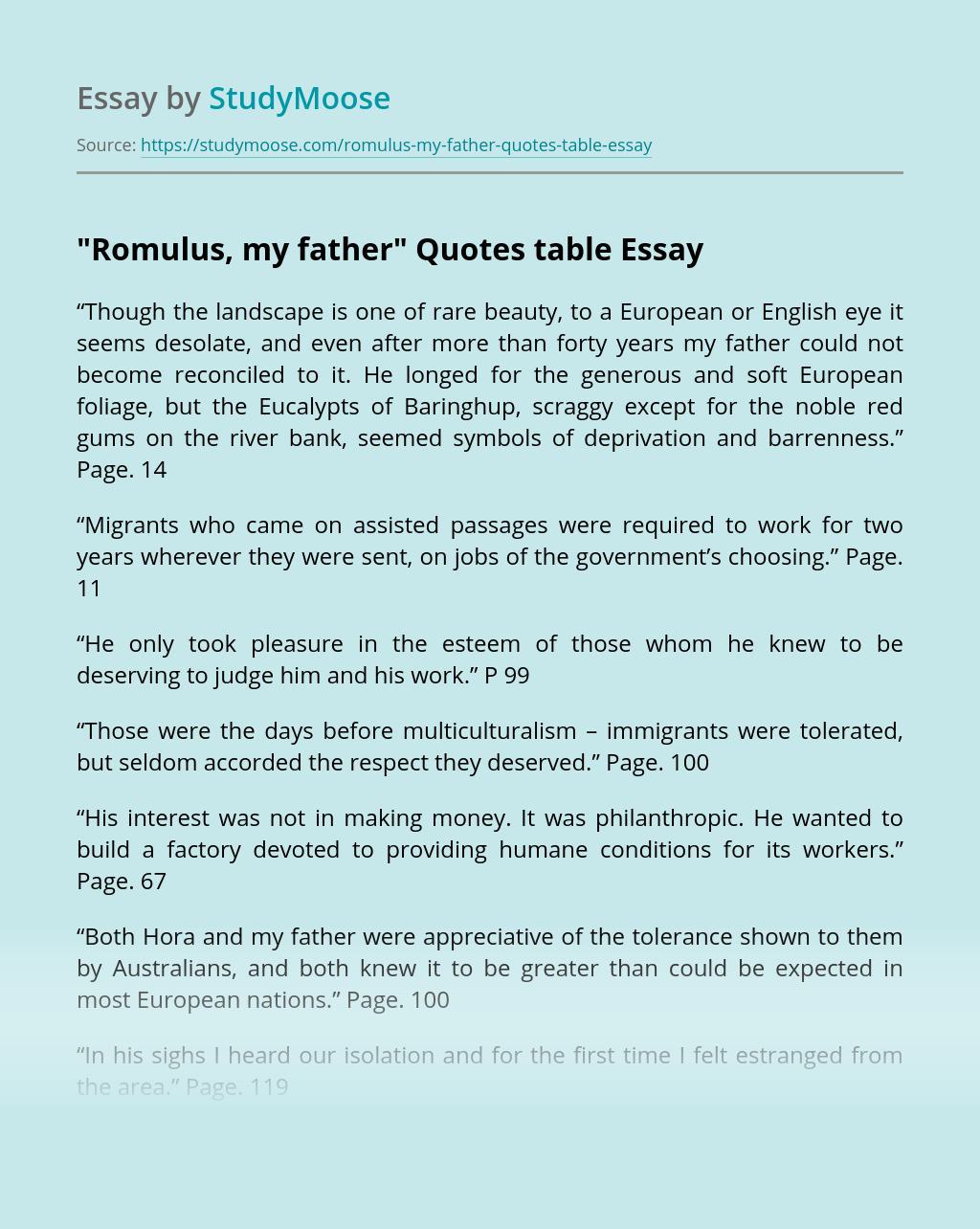