The composer whose career was a model for many romantic composers was
Ludwig van Beethoven.
The Erlking, in Schubert’s song of that name, is a romantic personification of
death.
Until the age of thirty-six, Franz Liszt toured Europe as a virtuoso
All answers are correct.
pianist.
cellist.
conductor.
pianist.
Schubert’s primary source of income came from his
musical compositions.
When a composer writes new music for each stanza of a poem, the form is known as
through-composed.
Which of the following statements is not true?
In addition to symphonies, operas, string quartets and other chamber works, Schubert composed over six hundred songs.
Don't use plagiarized sources. Get your custom essay on
“ Romantic ”
Get custom paper
NEW! smart matching with writer

Schubert labored at great length over each of his compositions, which accounts for his small output.

At the time of his death, Schubert’s reputation was mainly that of a fine song composer.
Franz Schubert led a bohemian existence, living with friends because he had no money to rent a room of his own. 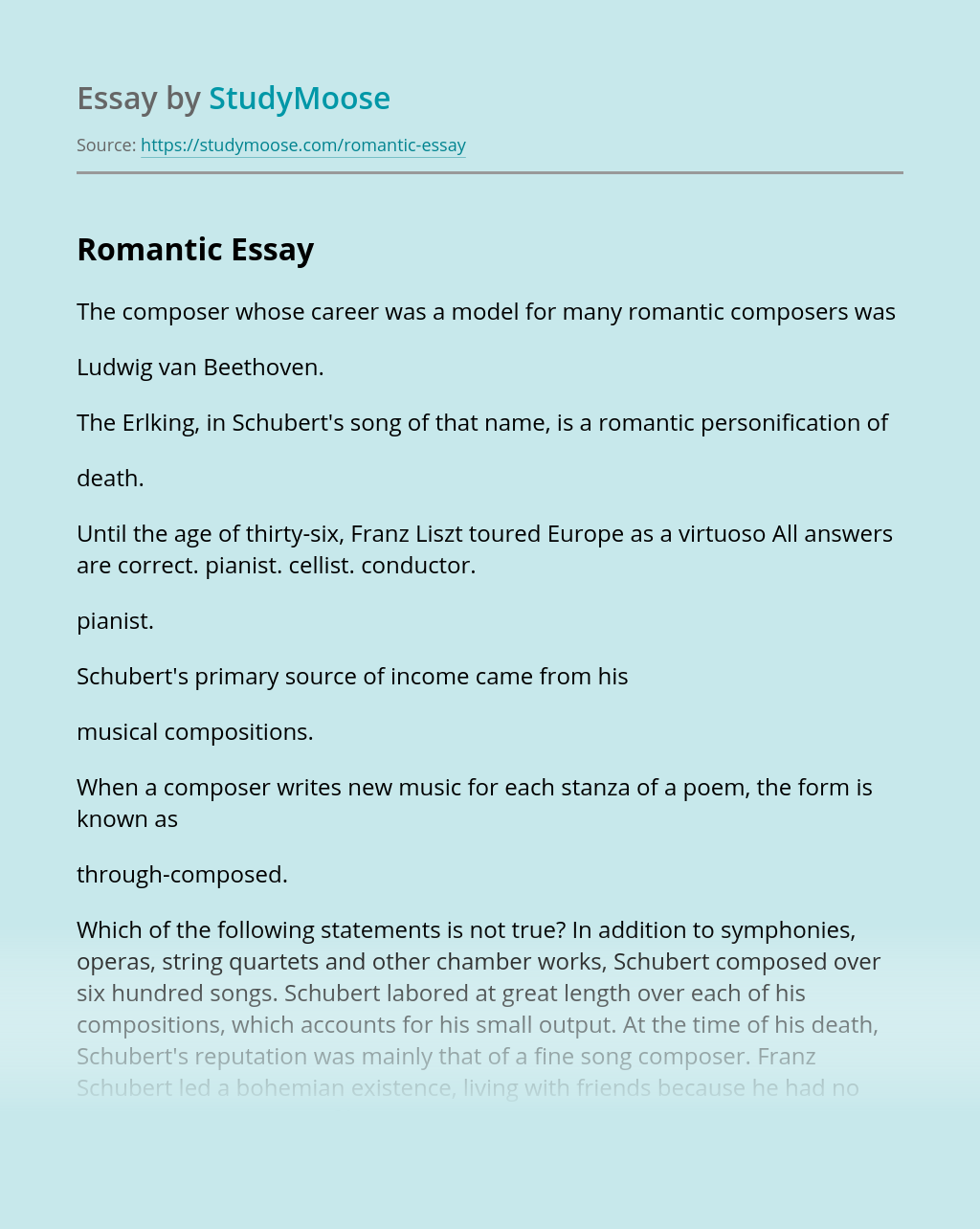