‘Disaster management can be defined as the organization and management of resources and responsibilities for dealing with all humanitarian aspects of emergencies, in particular preparedness, response and recovery in order to lessen the impact of disasters.

The term ‘Disaster’ has been taken from a French word ‘Desastre’ (French ‘des’ means bad and ‘astre’ means star) meaning bad evil star. A disaster whether natural or human induced, is an event which results in widespread human loss. It is accompanied by loss of livelihood and property causing devastating impact on socio-economical conditions.

Don't use plagiarized sources. Get your custom essay on
“ Role of local and state bodies: Disaster Management ”
Get custom paper
NEW! smart matching with writer

It is an event that is caused by a natural hazard and leads to human, material, economical and environmental losses. They are beyond the control of human beings. Nature provides us with all the resources, but it can be sometimes cruel also.

Some examples of natural disasters are- the 2001 earthquake in Bhuj, Gujarat, the 2004 Indian Ocean Tsunami, the 2008 earthquake in China, the 2007 cyclone in Myanmar. Eg. Floods, Drought, Earthquake, Volcano, Cyclones, Landslides, Avalanches etc.

It is the discipline of dealing with and avoiding risks. In general it is the continuous process by which all individuals, groups and communities manage hazards in an effort to avoid or minimize the impact of the disasters
resulting from the hazards. It is almost impossible to fully control the damage caused by the disaster, but it is possible to minimize to some extent by these ways-

Role of local and state bodies: Disaster Management. (2016, May 05). Retrieved from http://studymoose.com/role-of-local-and-state-bodies-disaster-management-essay 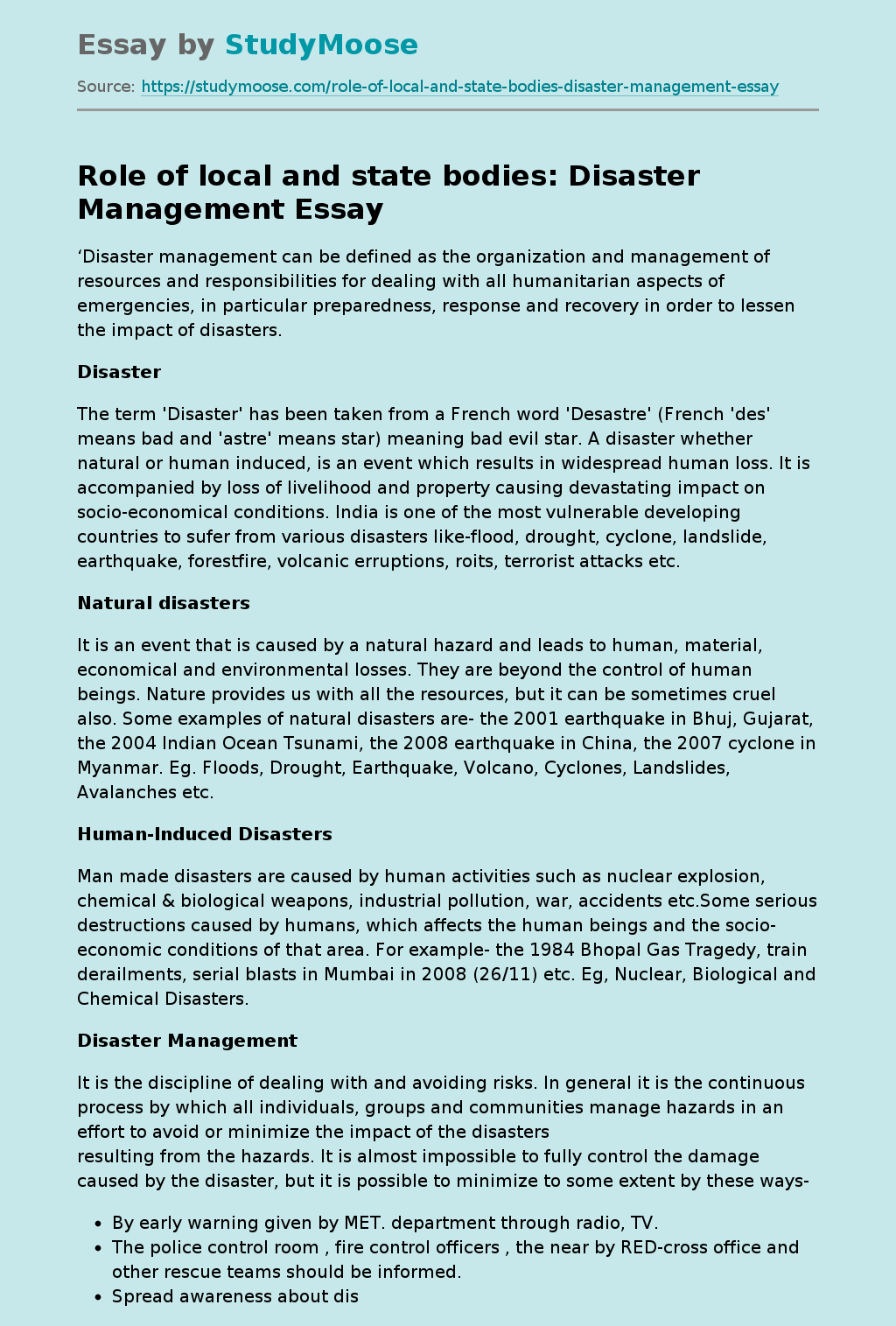