Richard first thought that the black man beating the white boy was his father, for beating was only a parental punishment: “I felt the ‘white’ man had the right to beat the black boy, for I naively assumed he was the ‘black’ boy’s father. Richard was puzzled beyond belief when he found out this was not true.

Richard is a growing character who wishes to learn about the world around him. He sometimes can feel like he is the only one working towards the goal and that other people and circumstances are slowing him down. In general, he feels trapped by his surroundings. He is naïve and gullible to what people say. After his first day of school, Richard felt very profound with his newly acquired knowledge: “I went from window to window and printed in huge soap- letters all of my newly acquired four letter words” (25).

Richard feels a sense of isolation from his father, though both are kin to one another. He feels that even through shared traits of inheritance, they still have a great physical barrier to come across. Richards father is not a family man. He is selfish and prioritizes his needs. He does not get along with the family. Richard is living in constant fear of his father. Richard believed his father was very authoritative and that he says many things, all of which should not be said. When the Wright’s stumble upon a kitten, the cat soon starts making too much noise and loosing his temper, Richards father said to “kill that damn thing” (11). Richard takes his words literally and goes ahead with the killing of the animal. When Richard’s father found out he had taken his words literally, that was Richards first triumph over his father. He now could not punish his without risking his authority.

Richard’s Granny is black, but she acts like a white person. Granny has a history of a black female. She and her family were slaves and their slave masters gave their names to them. Granny just married into a white family, Irish, and therefore was picking up their customs. She chose to live with the black side of the family though. Granny tells Richard he is full of sin. Granny is very strict and seems irritated by Richards’s thoughtless and curious actions, like a white person, therefore there is confusion upon her race. In these times, black people had no room for a personal and cultured life, for they were being used as slaves. Granny had time for religion and she had enough food to put on her table.

After hearing Bluebeard, Richard is dazzled and is curious to continue reading about the topic, but banned from further doing so. I see Richard’s emotions go into reading this book and the growing desire for that reading and literature as his future. The violence of Granny’s reaction suggests that, at some level, she believes that Richard’s literary interests are a sincere threat to her faith—a faith that she desperately wants to rule over her household. Therefore, Granny reacts strongly: “He’s just a foolish child and you know it” (39). The sensations the story aroused to Richard would never leave him. This scene poses Richard’s educational interests as an alternative route to salvation.

Throughout the anaphora on pages seven and eight, Richard is listing the simple, little personal delights he gets from the things he does in every day life. This is after Richard almost burned the whole house down in the mini “curtain” fire. These were the moments of life slowly revealing their coded meanings. On pages 45 and 46, the anaphora is just after Richard told Granny to kiss his behind when she was washing him. The tremendous outcome of Richard’s words caused Ella and Richard to move out of Granny’s house. Richard, though, did not understand why he was beaten simply for saying these things. In these anaphora’s, Richard shows how each experience he has is becoming more and more clear as to its real meaning. He is now listing his experiences. In each, he repeats the things “that were”. These anaphoras show me that some people live for the details in life and not the final outcome or the big picture. It seems that one small misstep is all it took for Richard to get beaten. Through these anaphoras, Richard portrays the things that bring joy to him in his forced lifestyle. 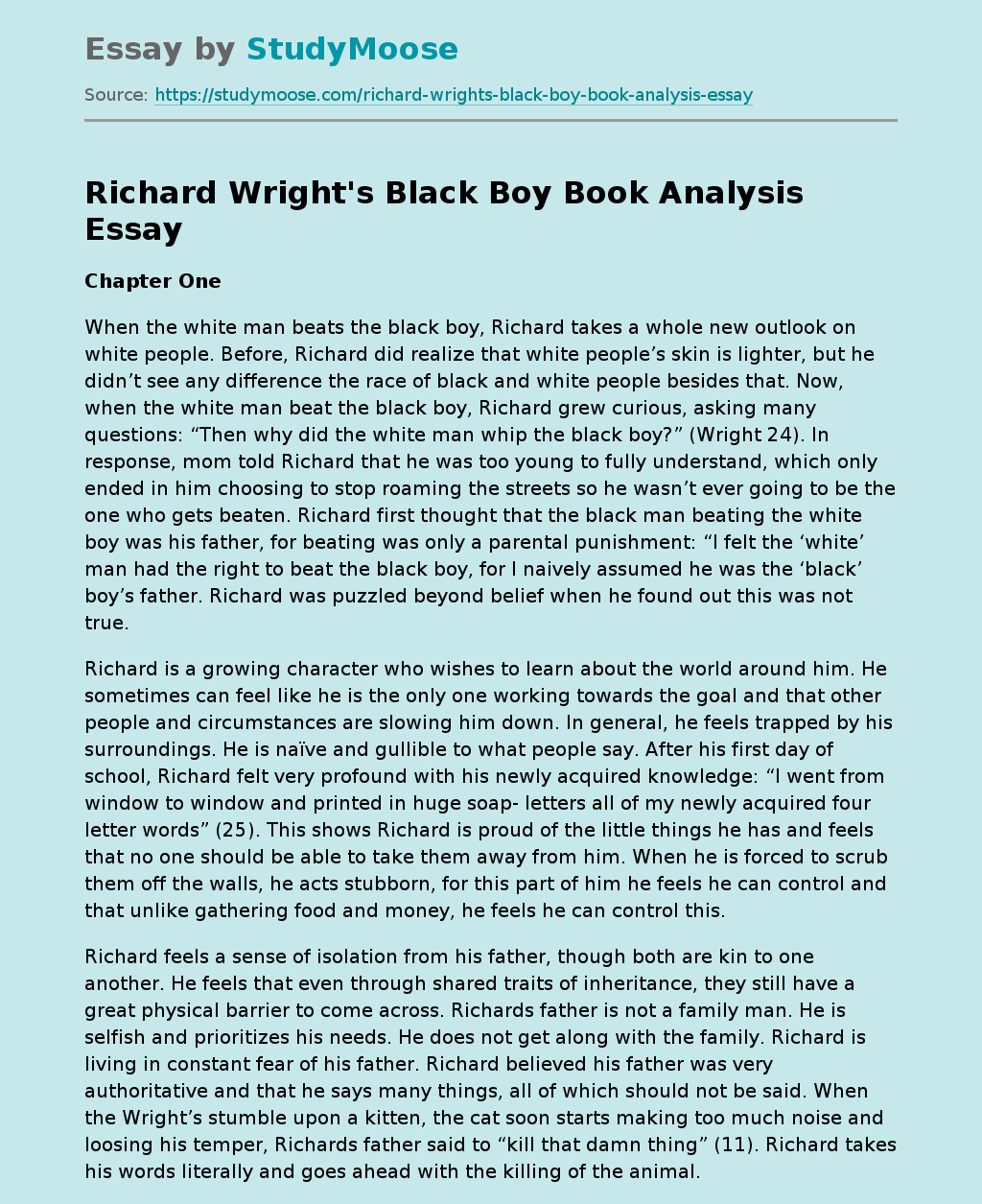